CBC's beloved and realist look at Working Moms is BACK! 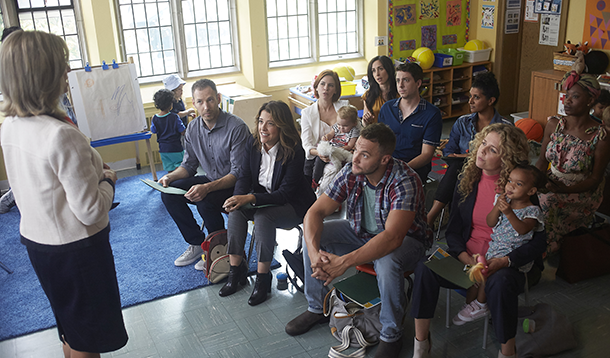 Season 2 of Workin’ Moms on CBC ended with a jaw dropper - a "leave your mouth hanging open" moment that I didn’t see coming.

Kate caught her husband Nathan, played by Philip Sternberg (who is her real life husband) getting cozy with Mean Nanny, played by Jess Salgueiro.

I had the chance to speak with Catherine Reitman about balancing her life as a working mother, her friendships, and what we can expect out of Season 3 of Workin’ Moms and I won’t lie -  I was a little star struck.

It’s no secret that I am a huge fan of the show. I am not alone in my love for this daring, laugh out loud comedy which airs on Thursday nights on CBC and CBC Gem. And it’s not only Moms who are fans of the show but Dads and even those without kids are tuning in.

What makes Workin’ Moms so appealing is the realness. The unapologetic look into the lives of working mothers and how having a family changes everything from your body, to your marriage, to your career path and your friendships. These are the stories we are hungry for - the stories I was hungry for. I needed to see my life as a regular working mother reflected somewhere and that’s just what Workin’ Moms gives me.

“I often miss either morning or evening. I try to get one of them,” Catherine says, about balancing her life as an actress, writer, producer, and mother. But rather than focus on what is hard about raising a family while maintaining a career, Reitman deliberately tries to let her two sons, ages five and two, see how much she loves what she does. She hopes that they will grow up seeing the passion she has for her work. “When they ask about work I talk about how much I love it. How lucky I am to have a job that I love.”

Looking back over season two, I should have seen the affair coming. I watched as Kate and Nathan struggled in their marriage but instead of feeling a sense of dread watching them grapple their way through complications of married life after kids I felt a sense of relief. Their struggles looked so much like the type of issues that my own marriage has had to work through. It’s not all that far off from what is happening in families everywhere, albeit not always ending in this kind of betrayal. More often than not I take my marriage for granted. Life responsibilities have drained me and I am comforted by the thought that my husband will be my constant. But what if one day he isn’t? 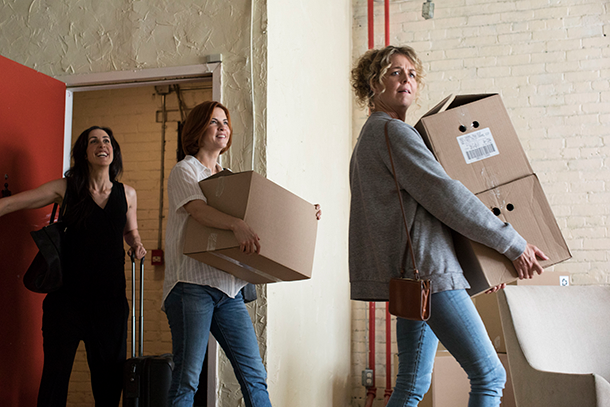 After writing the first episode of Season 3, Catherine went back and added in a flashback scene that revisits the culmination to the affair. She felt it was important for us to remember what led up to that jaw dropping season finale. It reminded me that a marriage requires two people to make it or break it.

Season 3, which premieres Thurs. Jan. 10 at 9pm (9:30 NT) on CBC and CBC Gem with back-to-back episodes, sees Kate going through such a big life change. “She had something to do with that affair. She stopped connecting. She stopped participating. She has to own her own piece of why her relationship failed,” Catherine points out.

Kate will have to come to terms with this and that means she’s going to make some mistakes. “It’s eye opening when your world falls apart. Witnessing what she thought was the most stable thing in her life is not stable is going to push her out of her comfort zone”

After watching the first episode of Season 3, I think we are going to witness Kate letting loose and having some fun. Maybe she won’t always make the best decision for herself but damn if she doesn’t have a blast while she does it.

One of the themes that has stretched across all seasons of Workin' Moms that has hit home for me the most is the friendships.

“I think that’s where I failed the most,” Catherine has said of her friendships, and in this comment alone I feel as though we get each other.

I’m so envious of Kate and Anne’s relationship. Their lives take different paths, they push each other and they get angry with each other but they love each other. Every week I watch as these flawed women fumble through life each helping to balance out the other. Their friendship isn’t about grand gestures but about the subtle and sometimes not subtle support they provide one another. Plus it helps that I am totally crushing on Dani “F’ing” Kind. who plays Anne, Kate’s best friend. Theirs is exactly what I want in a friendship but after work, kids, dinner, dishes and homework I don’t have the patience or the effort it takes to foster that type of relationship. I, like Catherine, have failed the most in my friendships.

“Kate and Anne to me, are what I wish I had. It’s the easiest thing for me to write because it’s sheer fantasy.” Catherine says of writing the Kate and Anne love story.

Because through it all, Kate and Anne’s story is the true love story of the show. 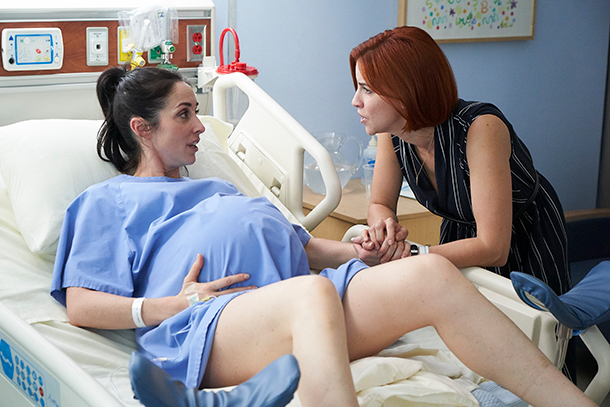