50 Years Of The Ford Mustang 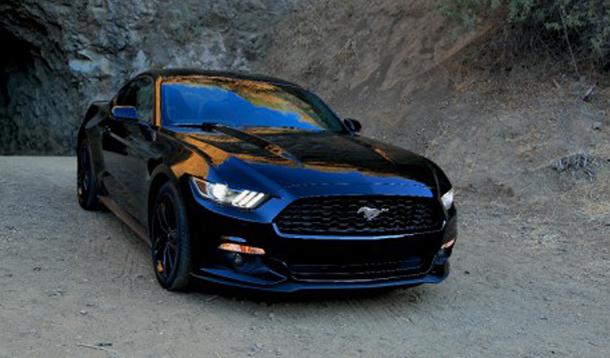 Do you ever hear a song that just throws you back down memory lane to your fave dance club? Or see a comeback toy that reminds you of your childhood? You know… back to the days when I didn’t have a mortgage or kids’ school lunches to prepare! There are few icons in the automotive industry that will trigger a memory of sunshine and open roads – one of my favourites… the Ford Mustang. 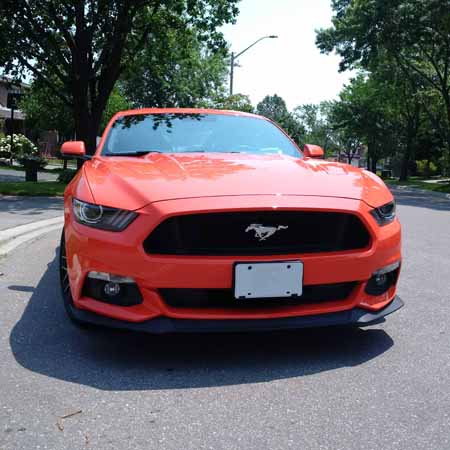 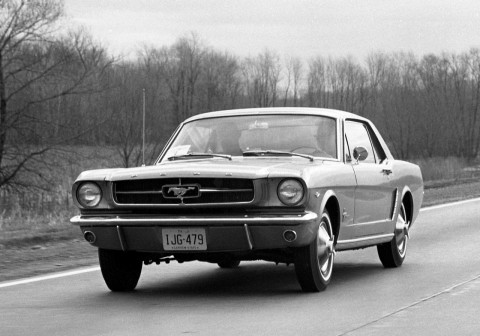 Now in its sixth generation, a few changes were made to the body, but what I loved is that it still had an old-school feel. Sometimes a re-designed vehicle just doesn’t hit the mark, like an awful sequel to a great movie. Not so with the 2015 Ford Mustang. Here’s why I love the new generation. 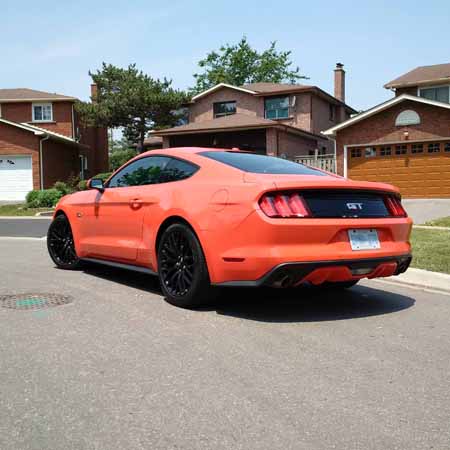 Bring On The Rumble, Baby

Seriously, just hearing the engine idle makes me smile! The familiar lumpy sound at idle… music to my ears. I road-tested the Mustang GT with a V8 5.0L engine that was definitely not shy about giving me power when I needed it. This engine delivers 435 horsepower and 400 lb-ft of torque! I was surprised at how quiet the engine was though once I reached a coasting speed, conversations in the car were still possible. This isn’t a novice performance car where the exhaust noise is so loud it’s annoying… you know, the ones where you think the driver’s making up for something they don’t have! The 2015 Ford Mustang has 4 engine sizes for you to choose from including a 2.3L EcoBoost engine. 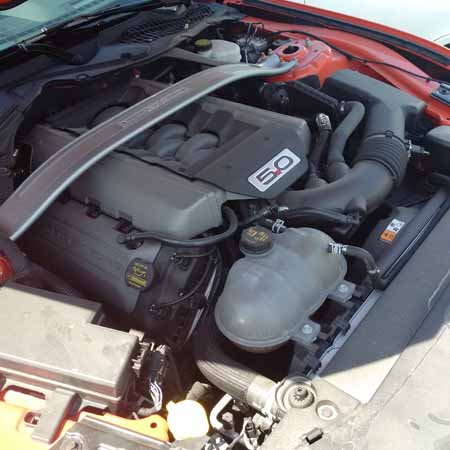 The GT model I tested came with Recaro seats, which added to the sporty feel, as well as performance features such as Launch Control and Electronic Line-Lock in case I wanted to test it out on the track. 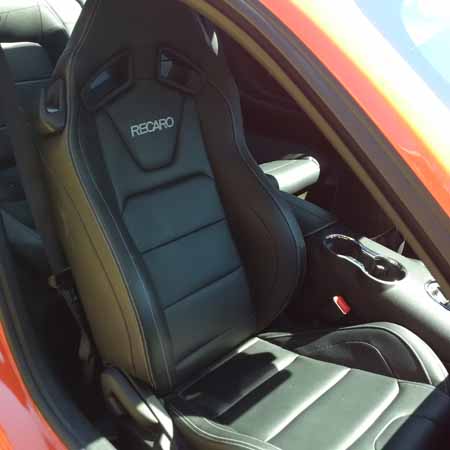 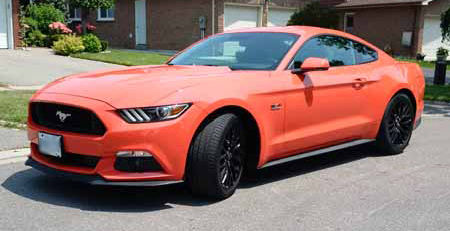 There’s no doubt about it, the exterior design of the 2015 Ford Mustang is definitely reminiscent of the 70’s muscle car era with its long hood, wider body, and aggressive stance. 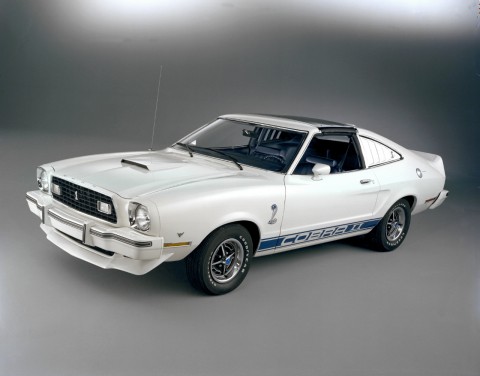 Also a nod to its very first generation are the three gills in the front headlamp, illuminated with LED. 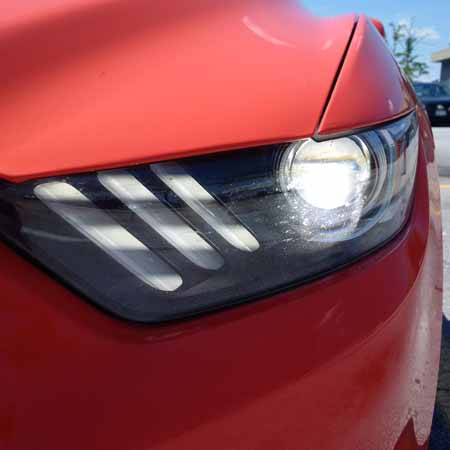 In the original 1965 Ford Mustang, three gills were molded into the headlamp buckets. 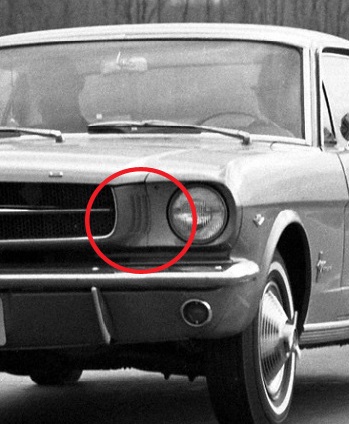 The 2015 Ford Mustang kept its tri-bar tail lamps, a move that has grown on me as I didn’t really like the design in previous generations. Okay, I might be biased, but I swear that when you put the turn signal on, the clicking noise is syncopated, and it sounds like a horse’s gallop! Call me crazy! 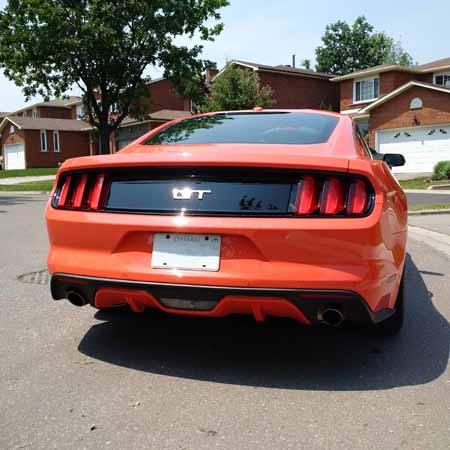 Having road-tested numerous vehicles, sometimes I come across a design where the exterior is beautifully done, but the interior design was forgotten (or vice versa). The interior of the Ford Mustang is what I was hoping for: refined but bold, practical and functional. Let’s be honest, this is a performance car. Not a luxury touring vehicle. I was happy that although possible, the interior wasn’t cluttered with technology. 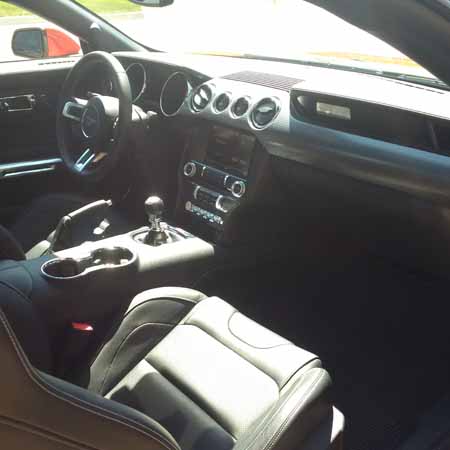 According to Ford, the interior design was based on the cockpit of an airplane. The dash is reminiscent of an airplane wing, and toggle switches are the feature of the centre console. It even has the speedometer measuring ‘groundspeed’! 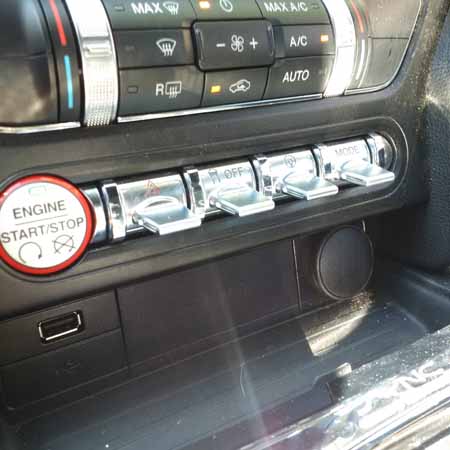 There are analog gauges galore (my personal fave), and for the performance-savvy, gauges located in the centre console give you readings on oil pressure and engine vacuum. Additional info is available through the driver's cluster including air/fuel ratio and cylinder head temperature. 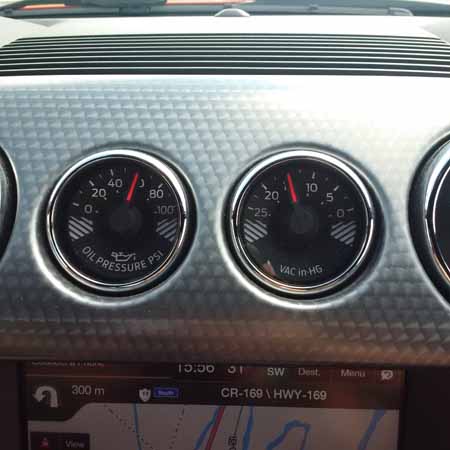 Most importantly, the centre console was well laid out, uncluttered, and within easy reach while driving. 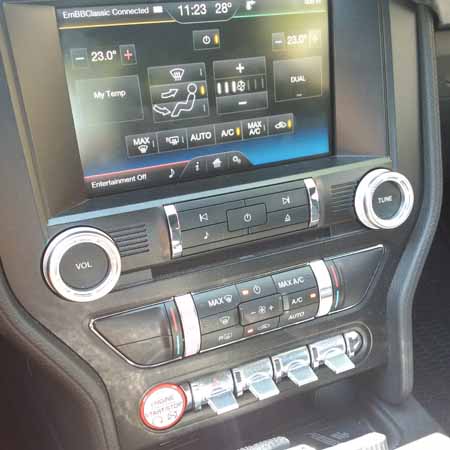 While this is a performance car, it doesn’t completely throw out practicality. The Ford Mustang is a 4-seater, and being a Child Car Seat Technician, you bet I installed a child car seat just to test it out! The rear seats have a large bucket, so you’ll definitely need to use pool noodles to get the correct recline angle on a rear-facing child car seat… also count on losing the front passenger seat space if you install a rear-facing child car seat. With respect to forward-facing seats, you may have some issue if the child car seat has a wide base (our Graco booster did just fine). So while the Ford Mustang isn’t the best fit for child car seats, it’s possible to bring young kids when needed. 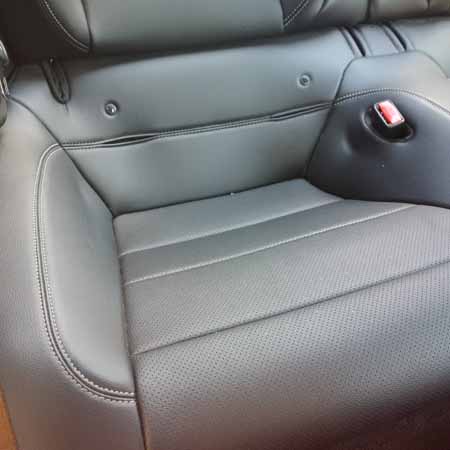 The rear seatbelts come right over the seatback so they will fit snugly over the passenger’s shoulder. 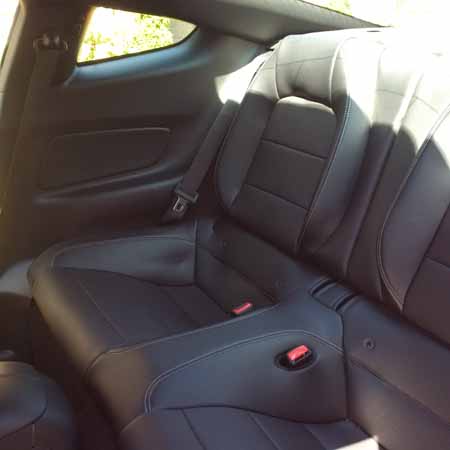 To be honest, it’s not the most comfortable ride for adult passengers in the rear, but honestly, none of my passengers were complaining about it!  Another practical part to the Ford Mustang is the trunk space. We dropped off our boys to an overnight summer camp, and we fit all their gear in the trunk just fine. 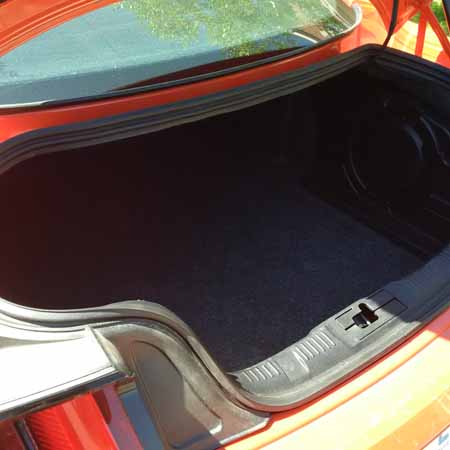 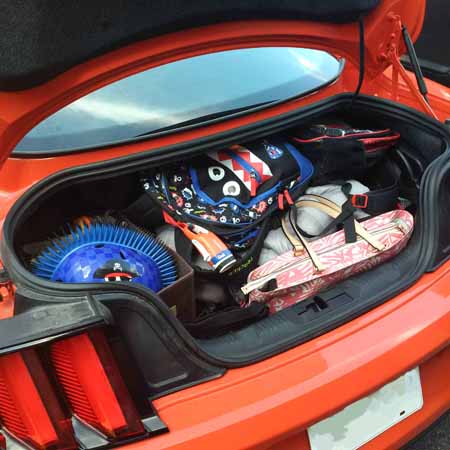 There is no shortage of the Mustang badge – I counted a total of 9 including the floor mats, key fob and exterior illumination on the ground at night. 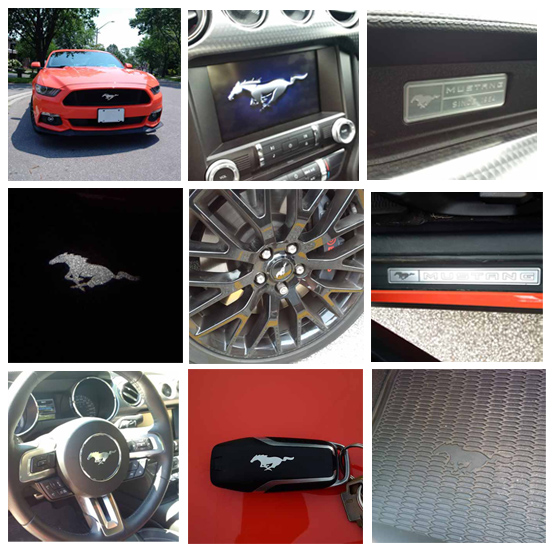 Got a new car and want ideas on where to go? Check out Robin Esrock’s Great Canadian Bucket List. Oh ya, and bet you didn’t know Ford’s using wheat straw, sweet potato, and coconuts in their vehicles! Find out how what’s behind their eco-friendly drive.