Thinking Of Going To The Auto Show?

Now this is my kind of shiny and sparkly stuff!

Next month, Vancouver, Calgary, and Québec host their own. The Edmonton Motor Show follows in April. Are you thinking of going to see what’s up-and-coming in the auto industry? If you’re in the market for a new car, this is a great one-stop opportunity to see what your options are! 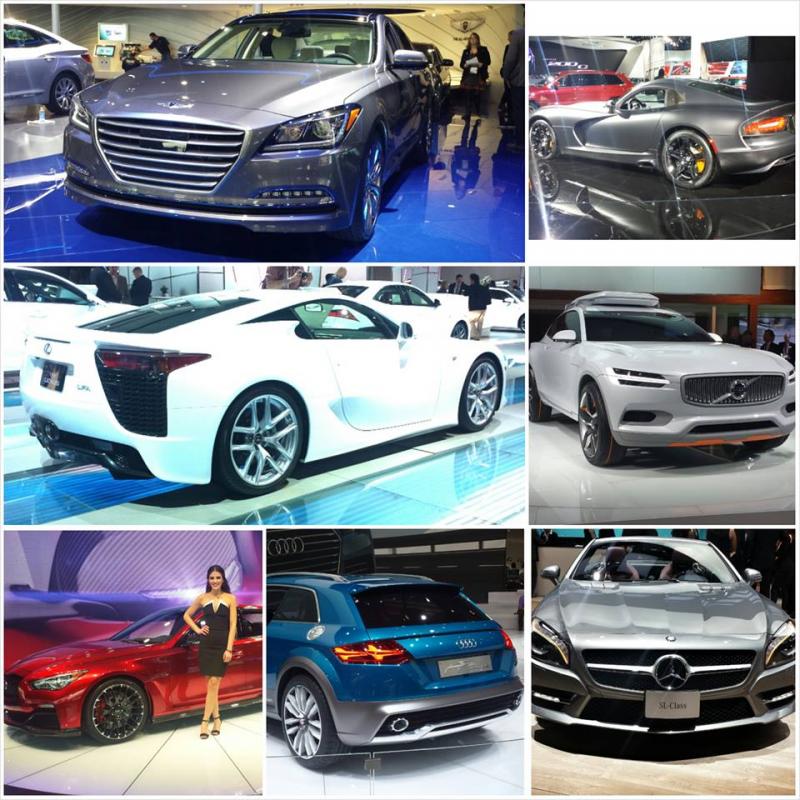 Last month, the 2014 North American International Auto Show (NAIAS) was held in Detroit—this one is the leader in North America when it comes to auto shows. Manufacturers come together to showcase their products and there is no shortage of shiny, sparkly stuff! I couldn’t go to Detroit this year, but Michelle from our auto repair shop went as a guest of GM Canada. I didn’t want her to go with a blank slate, so I tasked her with finding the top cars in these categories: best family-friendly car feature, best concept car, and most "wow!" Here’s what she came back with:

The best family-friendly car feature goes to GM, with some of their 2015 models having impressive Wi-Fi capability through OnStar. The 4G LTE connection means that the car will act as a Wi-Fi hotspot, with many of your family’s devices being able to access it at the same time. “A 4G LTE hotspot that’s built into a car’s architecture will provide a more consistent and powerful Wi-Fi connection than a smartphone,” explains Mary Chan, president of GM’s Global Connect Consumer. As OnStar techs showed Michelle, your kids can stream Disney's Cars right in the backseat. Cool! 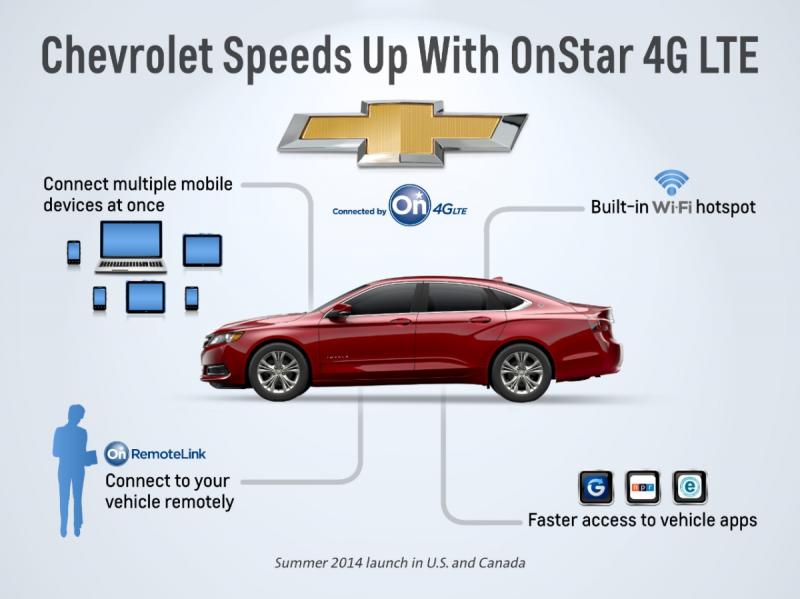 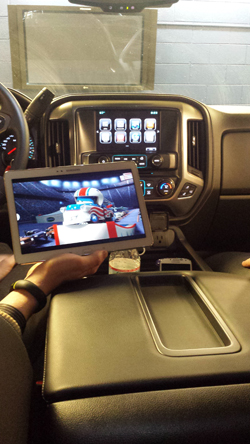 Here's an interesting one. The Tesla Model S is a fully electric car that has a 5+2 seating arrangement. You can fold up two seats in the trunk that are for children under the age of ten. They sit rear-facing and have a 5-point harness system. This totally brings back memories for me—anyone else remember riding rear-facing in the back of a station wagon? 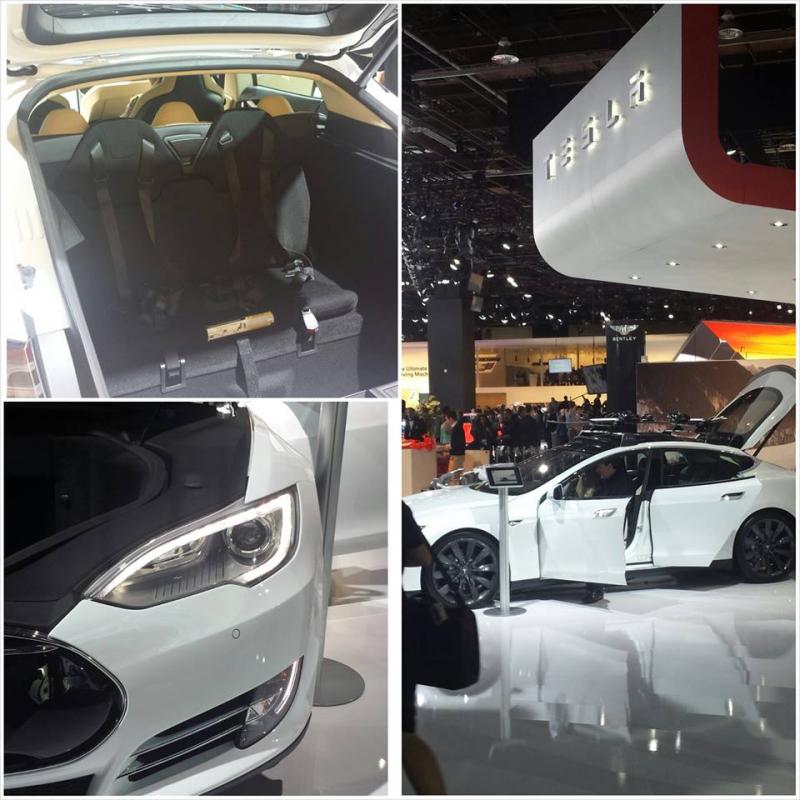 Concept cars are fun, because they give us a glimpse of what may be the future, and they display the creative and experimental side of car development. They are inspiring! Here’s a shot of the mix of concept cars at the NAIAS: 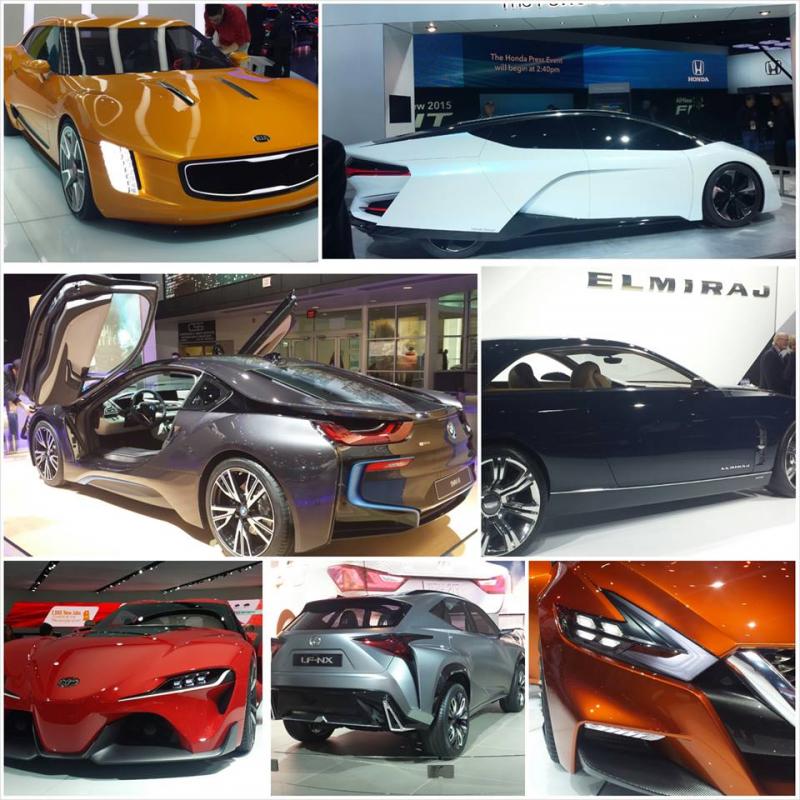 The best concept car was the 2013 BMW i8. Beautifully designed—this time a wide rear-end is a good thing! The car sits low to the ground and just looks like it’s itching to race. Michelle loved the bright blue accent incorporated throughout the car—even on the seat belts. Let’s not forget to mention the prominent scissor doors. We’ll take a ride in that any day, we’re not picky! 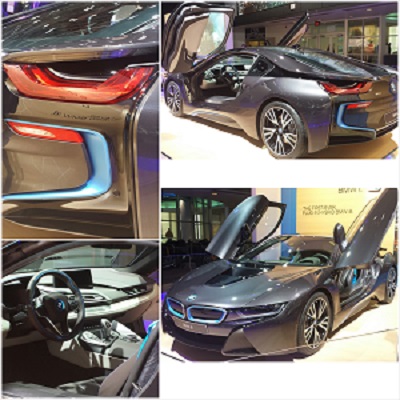 Michelle picked the 2014 Bentley Mulsanne for this category! If Bentley is known as an exclusive luxury car, then we expect their products to be exceptionally luxurious. The Mulsanne shown at this year's NAIAS had bells and whistles on, with a price tag of $389,819 (USD). It had custom pillows and iPads integrated in the back of the front seats, so your kids can sit in the rear seats and play a few rounds of Angry Birds on the way to school. The iPads have their own fold-down table that holds a wireless keyboard. This option has been available on the Mulsanne for a few years, but it was the first time Michelle got up close with it and she definitely said “wow”! 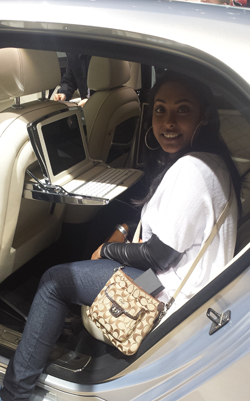 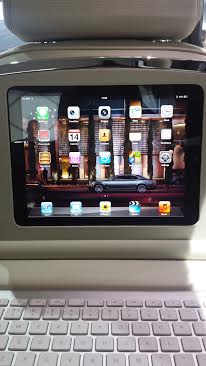 Also on Michelle’s itinerary was a stop at the GM Heritage Centre. This is on my personal bucket list—inside this building is over 100 years of automotive history. We have come such a long way! It truly is a testament to our industry’s pursuit of improvement and innovation. 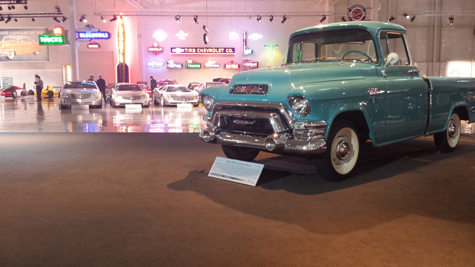 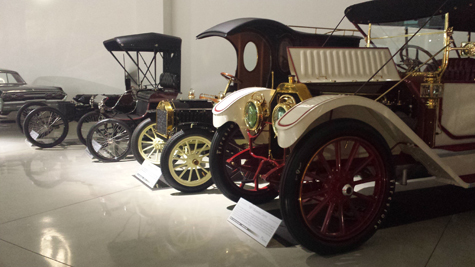 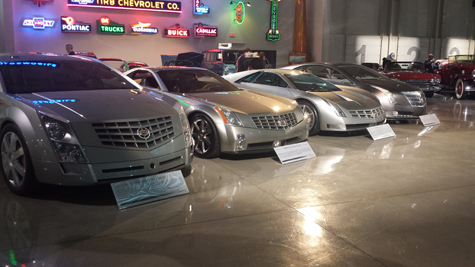 And what do you do when you win these awards? Hang it up on the wall, of course! Yep, they actually hung the Stingray up at the NAIAS. We suspect the Silverado was a bit too heavy! 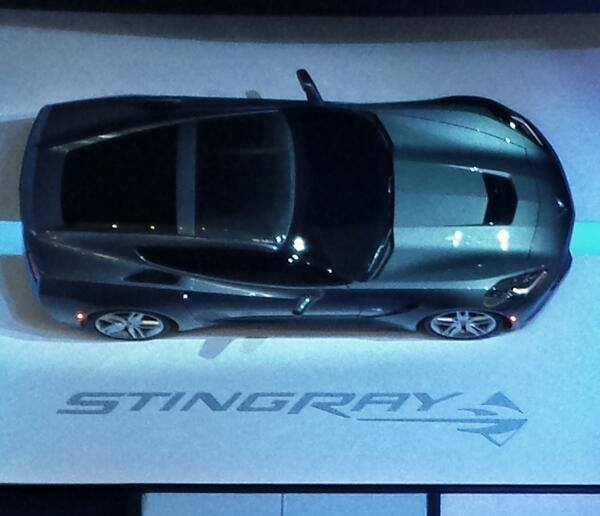 Want to know more about maintaining your car? Check out "Budgeting for Auto Repair and Maintenance" and "Questions to Ask when it comes to Maintaining Your Car."