Homosexuality is fine "in theory," but not for display? 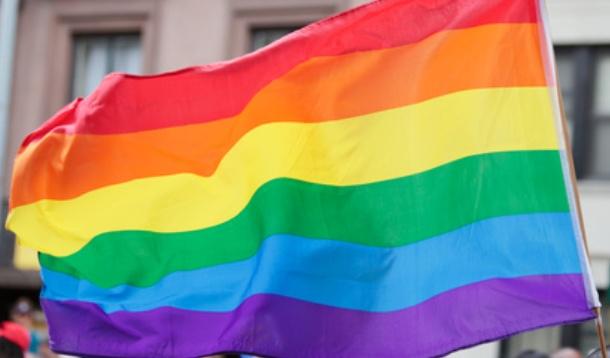 An Edmonton high school has a bad case of the wishy-washies. Having approved a student mural that features two young men kissing, admins later reneged following complaints and covered up the painting.

Both the principal and art teacher from Onoway Jr/Sr High School gave 16 year-old Kaela Wilton's mural the green light, only to slam on the brakes once the painting was unveiled.

Are You Guilty of Saying This Offensive Phrase?

“Parents kiss and people on the street. It's just natural,” said Wilton, who hoped her painting would encourage gay teens who may be too scared or ashamed to come out.

However, principal James Trodden backtracked once the mural was finished. "There are a bunch of issues … What is appropriate? Should it be in a school, should you allow kissing?"

Trodden said that since kissing isn't allowed in school hallways, kissing probably shouldn't be featured on its walls. (Ironically no mention of kissing when the mural was initially permitted. It's a little late for officials to be asking themselves what's appropriate after they gave the project their blessing.)

Would anyone have objected, I wonder, had the painting depicted heterosexuals?

Students at the school smelled the hypocrisy a mile off, and showed their support for Wilton by tearing down the bulletin board temporarily put in place to conceal the painting.

School admins are simply paying lip service to the ideas of acceptance and diversity. When it comes down it, the message they are sending students is that being gay is something to be covered up and hidden away.
Category:
Family - Teens
Tags:
mummy buzz
gay mural
kissing mural
banned mural
banned painting
gay acceptance
diversity
homosexuality
coming out
gay teens
Feb
05
2015 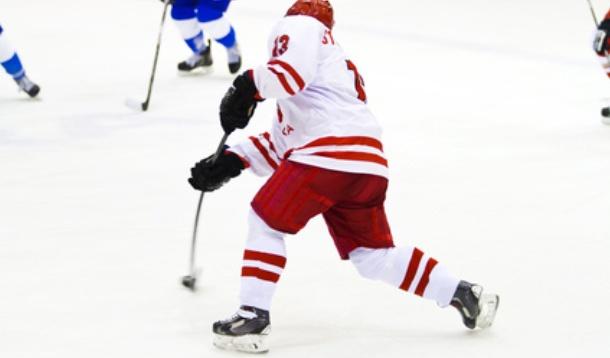 An email from exec VP of the Leaside Hockey Association, John Reynolds, has set out firm rules against touching in any shape or form in the Toronto league. Following a complaint, coaches are now forbidden from touching a player's shoulder or backside. They may not even tap a player's helmet.

When Fans Take It To Far: This Hockey Fan Deserves To Put In The Penalty Box

The email also stipulated more reasonable limitations, such as prohibiting access to change rooms and contact between coaches and players via social media.

While I agree that the butt pat—though standard practice in guys' leagues—may cross a line, touching a kid's shoulder or helmet? That's the kind of asinine call that makes a parent want to smash their heads against the boards.

"I think it's ridiculous," said our own blogger, Jennifer Sherwood Hicks, whose daughter plays in the named league. "These coaches volunteer incredible hours, energy, and enthusiasm to the league, and I think Leaside is disrespecting them by enforcing these restrictions."

As sports psychologist Kate Hays rightly points out, kids need an element of physical contact. A tap on the helmet or shoulder pad is a vital gesture that validates and encourages kids.

"[That touch] says, 'I'm paying attention to you, you've done a good job, I know you are really engaged, you are important to me, you are important to the team,'" said Hays. "The idea of learning about non-sexualized, non-aggressive touch is something that indicates a positive connection among human beings."

I fail to see how either the shoulder or helmet gesture could be construed as inappropriate. Such touch is an integral part of team sports. I fear as a society we are moving to a sad, paranoid extreme that robs our kids of the kind of healthy touch that boosts their self-esteem and makes them feel valued.

You tell me: Are the new rules excessive or entirely necessary?

Every Year, A New Tatt 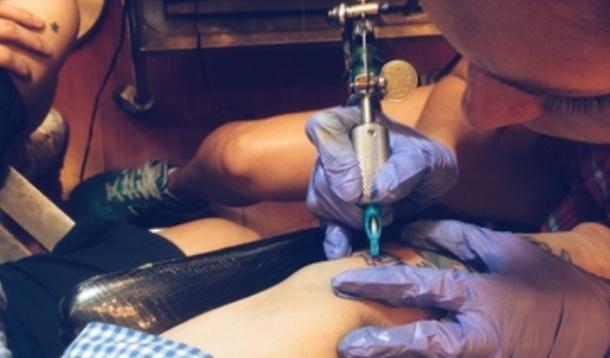 File under "cool." For many people, getting a tattoo is a chance to make an indelible mark on your body with an image of something (hopefully) meaningful and intensely personal. In dad Keith Anderson's case, that means turning his skin into an ever-evolving canvas for his son.

It started in kindergarten, when the boy's daisy was recreated inside Anderson's bicep. Every year, a new doodle is added to a sleeve on the proud father's right arm. From seahorses to a Canadian maple leaf to stained glass.

Now 10, the boy's artistry has extended to helping ink his own drawings on his father's arm. Personally I feel that might be one squeamish step too far.

Still, I love the idea of using original artwork in a meaningful way. It ticks all the boxes. What a savvy way to save and showcase your kid's drawings over the years. Since there's only so much room on the fridge, I framed and hung my son's best "works" over the years on one wall of his room. The effect is a bit gallery-like, yet I like to think he can look on what he's achieved with pride.

Hats off to Anderson, whose sleeve is infinitely more original than the dime-a-dozen designs pulled from portfolios and parlour walls. Ripping off Chinese characters and Native American totems... Flowers and butterflies and dolphins are fun and cute, doubly so when they come straight from the pages of your child's imagination.

“We will keep going until he doesn’t want to do it anymore," said Anderson. "People ask me what will happen if I run out of space; I guess I’ll just get him to draw smaller pictures.”

Spill it: Do you have a highly meaningful or unique tattoo?