how popular culture is becoming incredibly reductive to women 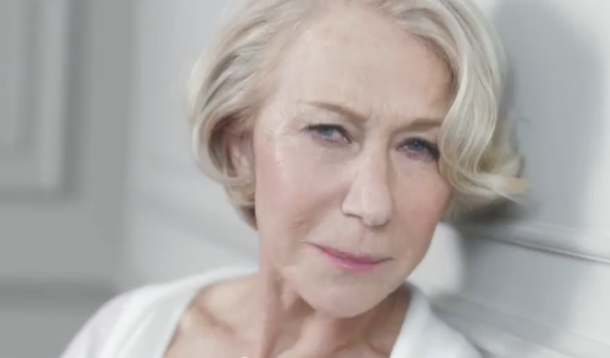 Uma Thurman was trending in the media this week. Did she make a heated or political statement? Did she engage in some important philanthropic work? Was she nominated for an award for a powerful performance?

Nope to all of the above. She simply left her house looking different.

Cue plastic surgery speculation. Cue makeup mavens. Cue who the hell cares. We do, apparently, otherwise none of those clicks would have happened. Thurman would have simply been photographed at an event like any other film event. But sadly, that's not how it went down.
(And right now I'd like to imagine Uma and Rene Zellweger huddled together over a cup of chai, commiserating over having their faces dissected by persons who should know better.)

People Can't Stop Talking About Renee Zellweger's "New" Face
When I wrote about Zellweger's "transformation" last year, I was stunned at how some readers misinterpreted the point of my post -many couldn't help themselves from weighing in on whether she looked better, worse; others made crude comparisons and insults regarding her appearance.

Why we have license to comment on a celebrity's looks is an anathema. Annie Lennox said it best in this quote from Purple Clover:

"There's this youth culture that is really, really powerful and really, really strong, but what it does is it really discards people once they reach a certain age. I actually think that people are so powerful and interesting—women, especially—when they reach my age. We've got so much to say, but popular culture is so reductive that we just talk about whether we've got wrinkles, or whether we've put on weight or lost weight, or whether we've changed our hair style. I just find that so shallow."

If Hollywood has an obsession with youth and beauty, then we are to blame because as media gluttons, we eat it up. We feed the beast.
And ads like the one featuring Helen Mirren do little to help the cause. Don't get me wrong, Mirren looks fantastic. Yet in the L'Oreal commercial she's acting all cougar-like, donning a leather jacket and eyeing up a very young man. This approach to ageing is antithetical to Lennox's message.
Why the desperate need to rally against ageing? Why the tireless fight against wrinkles, greys, and age spots?

Getting older isn't about letting yourself go. As commenter Tina Nigh-Johnson points out, it's about owning who you are, as you are.
I hope to always own who I am, though how that (and I) look will inevitably change with the turning seasons and passing decades. For Annie's sake, let's stop being so shallow.