What is a Leek?

Meet The Mildest Member of The Onion Family 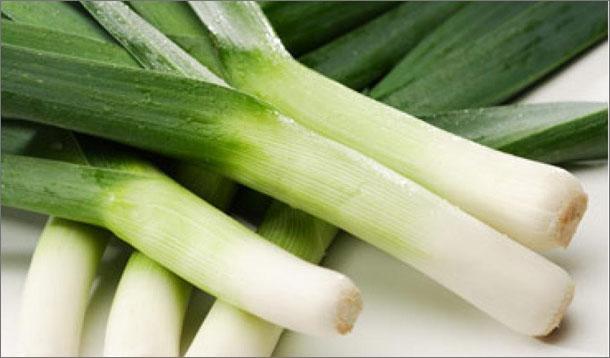 Have you seen leeks in the grocery store?  A vegetable that looks like a giant green onion, leeks are part of the same family as onions and garlic. Rich in potassium, calcium, phosphorus, and vitamin C, there’s every reason to include leeks in your diet. Leeks also offer the same health benefits as other members of the onion family, by lowering cholesterol and protecting against cancer.

The mildest member of the onion family, leeks may look like green onions but they are much milder. You can slice up the hardier winter varieties and sauté them in butter with garlic or other vegetables to use in soups and stews, or in the spring add to salads or braise the young, tender varieties on their own.

When preparing leeks to cook with,  you need to wash them well because they tend hold a lot of grit in their layers, caused by the mounding of dirt around them as they grow.  Trim off the root end, then slice the leek into rings up to just under the very dark green leaves. Place the rings in a bowl of cold water and swish around, then allow to sit for a moment, allowing the grit to settle to the bottom. Drain and give them a good spin in a salad spinner to dry them off and you are good to go.

To store leeks that you are going to use within a week, cut off the root end as well as the very dark green leaves to make it easier to store and put the unwashed, useable parts in a plastic bag in your crisper.

Ready to try some leeks?  Here’s some great recipes for you to try:

A Peek Inside the Fishbowl: Leeks Are Easy Soup