"Roseanne" is Back on TV and Spoiler Alert: There Will Be MAGA Hats 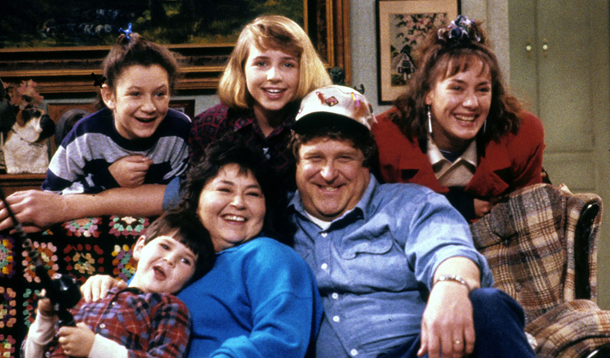 It’s said that there are no new ideas, and nothing better exemplifies this theory than television. Old tired tropes - fumbling new dad, sassy neighbour, oversexed housewife - these tropes all abound aplenty on television, and any change is slow in coming. So what then of the current move to reboot old, generally beloved TV series? Full House is now Fuller House and heading into a third season on Netflix, popular enough for Candace Cameron to quit her gig as "Person We’d Most Like to Stop Talking" on The View. Will & Grace saw a reboot in September, to great reviews, and now - the best reboot of them all - the show that arguably most-accurately portrayed a realistic middle class American family in all its macaroni-and-cream-of-chicken-soup casserole budget meal glory, Roseanne. She and the Conner fam are back on the old plaid couch on March 27 after a 21 year hiatus.

People have been born and then those people have given birth to other people since this show went off the air.

Roseanne and crew – literally; almost every single major player is back from Roseanne to John Goodman, to Laurie Metcalfe to OMG BOTH FUCKING BECKYS ARE HERE. 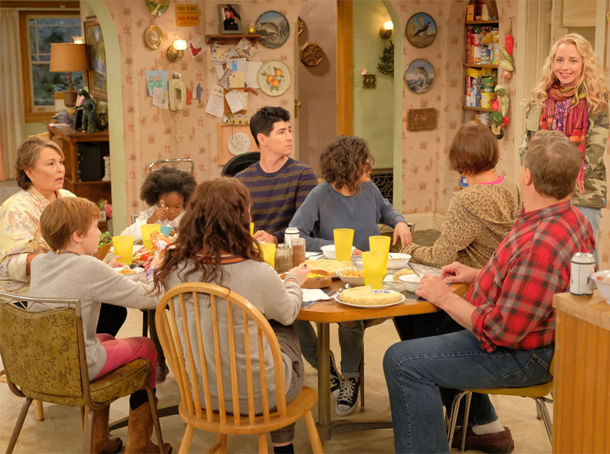 Even Johnny Galecki will take a break from his role on the ruined-by-laugh-track-and-shitty-jokes Big Bang Theory to reprise David Healy, now husband to Sara Gilbert’s Darlene, and a father to two. Some spoilers: Dan is not, in fact, dead; Jackie is still a loveable clusterfuck, Also, literally nothing has changed at Casa Conner. Seriously; have these people never fucking heard of IKEA?

Oh, and Roseanne Conner is a fervent Trump supporter.

Can we even? Ugh. I don't want to. But... we can. And we will. This… seems right. Let’s let Roseanne explain. From The New York Times:

Ms. Barr told reporters that she was not an “apologist” for Mr. Trump but said that her character in the reboot of the show was a way to address head-on the strong divide in the country.

“I’ve always had it be a true reflection of the society we live in,” Ms. Barr said. “Half the country voted for him, half of them didn’t. It’s just realistic.”

I'd like to say it "makes sense," but nothing makes sense about Trump. Star Wars: The Phantom Menace made more sense than a Trump presidency and it was the worst thing I've experienced in the "Took More than 5 Minutes and Didn't Involve Handling a Penis" category.

Roseanne was – and remains – one of the best and most authentic portrayals of a middle class American family. The episode when the Conners had their electricity cut over a weekend for non-payment still resonates, and Roseanne’s comment at the stoppage “Well, middle class was fun…” succinctly sums up a collective experience so many encountered in the late 80s - and are facing again today. We may not like Trump (some, not pointing any fingers, may hate every literal thing he stands for OKAY IT'S ME) but Roseanne’s words ring true: The Conners – a white, middle class family in middle America – VOTED for this man. And just like you probably don’t DVR Will & Grace if you believe in electroconvulsive therapy for curing "The Gay," (seriously, get checked if you ascribe to this torture), this show knows its audience and beyond. The new Roseanne just might be a way to see and understand some people who support Trump and whom we don't interact with outside of Twitter screaming matches.

Is Roseanne going to save the world with her pro-Trumpism's filled reboot? No. Is the production merely bullet point #7 on a secret document titled (in crayon) “Subversive Conservative Agenda To-Dos?” Probably not. Will this show offer a somewhat-highly-produced look at the types of people who look past the harm and risk a Trump presidency brings marginalized communities because they themselves feel at risk? Maybe.

Will I be watching on March 27. Hard yes.