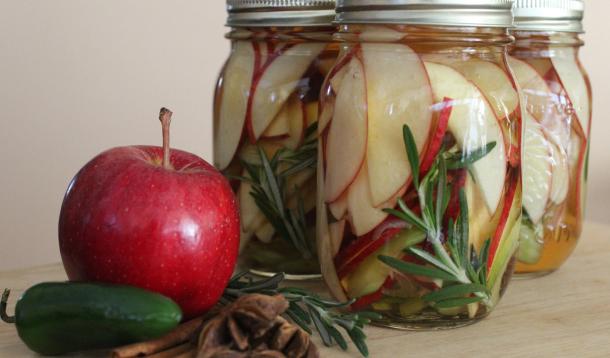 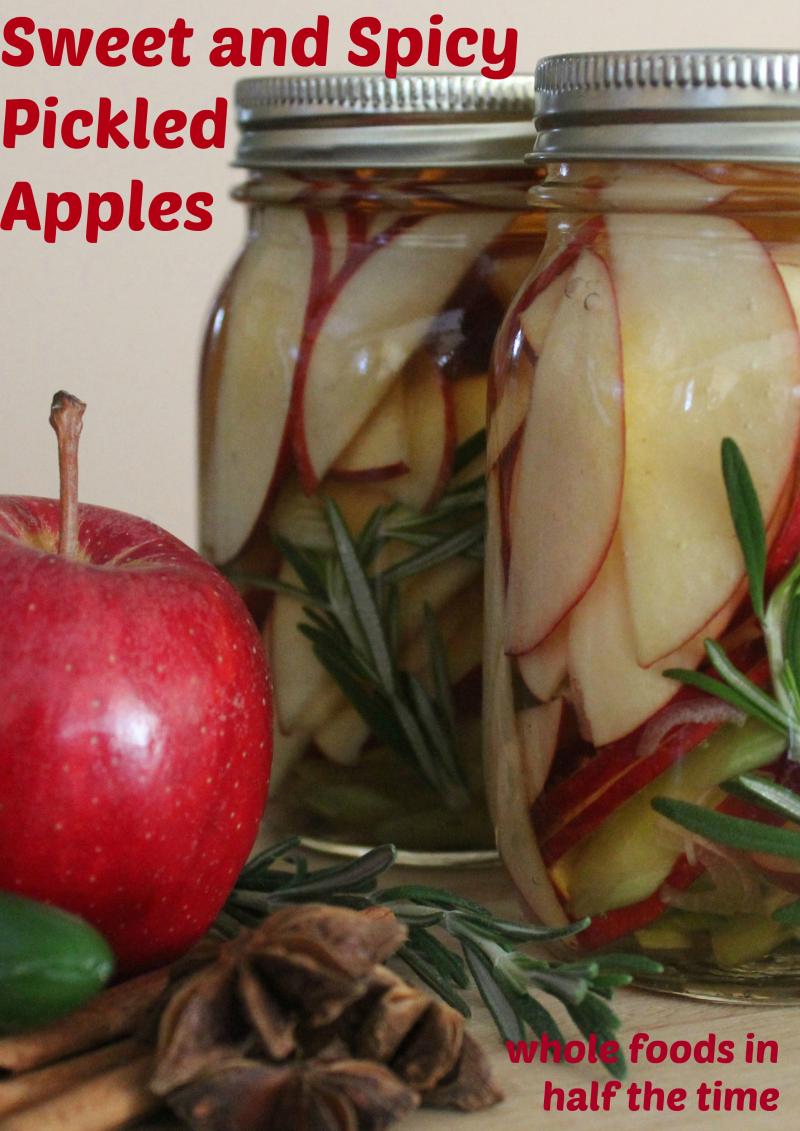 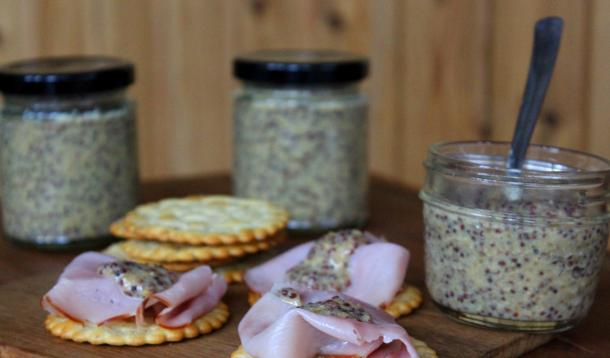 Gourmet condiments are all the rage these days, including specialty mustards. Did you know it’s super easy to make your own delicious mustard at home? It makes an ideal hostess or holiday gift; you could put together a festive and sure-to-be-appreciated edible gift package that includes homemade mustard, roasted sweet-salty nuts, cranberry-balsamic chutney and salted honey bark. You can make this mustard with any liquor you like – bourbon or scotch would be great – but to keep it proudly Canadian, I like the combination of rye and maple syrup. If you would prefer to use less alcohol (although it does get cooked off), substitute 1/4 cup of apple cider for 1/4 cup of the rye whisky. I recommend packaging the mustard in small jars so they retain their flavour. 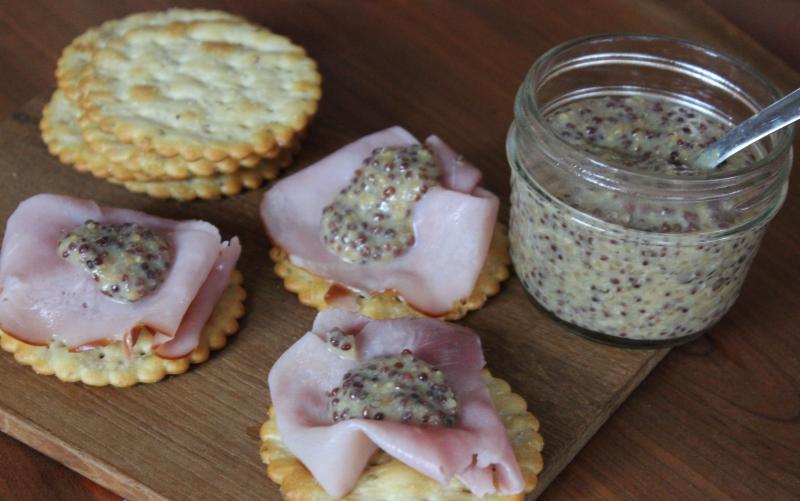 Combine mustard seeds, boiling water and 1/2 cup of the whisky in a bowl. Cover and let stand for 2 – 12 hours until most of the liquid is absorbed.

Over medium heat, stirring constantly, bring mustard to a boil; continue to boil until it is starting to thicken, about 3 minutes. Taste and add a tiny bit more vinegar and/or salt if needed to suit your preferences. Note that the mustard will thicken further when it cools.

In the saucepan, puree mixture slightly with a stick blender (leaving some seeds intact for that grainy texture) OR transfer to a blender or food processor and puree slightly.

Fill four clean 125 ml (1/2 cup) jars to within 1/4 inch of the top. Run a wooden skewer or the handle of a small spoon around the edges and middle of the jars to eliminate any air bubbles. Wipe the rim of the jars with a damp paper towel then affix the lids.

For short term storage, mustard can be refrigerated for up to 6 months. For longer term, shelf-stable storage (up to one year), process jars in a boiling water bath.

Once opened, even with refrigeration, the jars of mustard will maintain their peak flavour for about a month, after which point they will start to fade in intensity (but they will still be safe to eat for up to six months from opening). 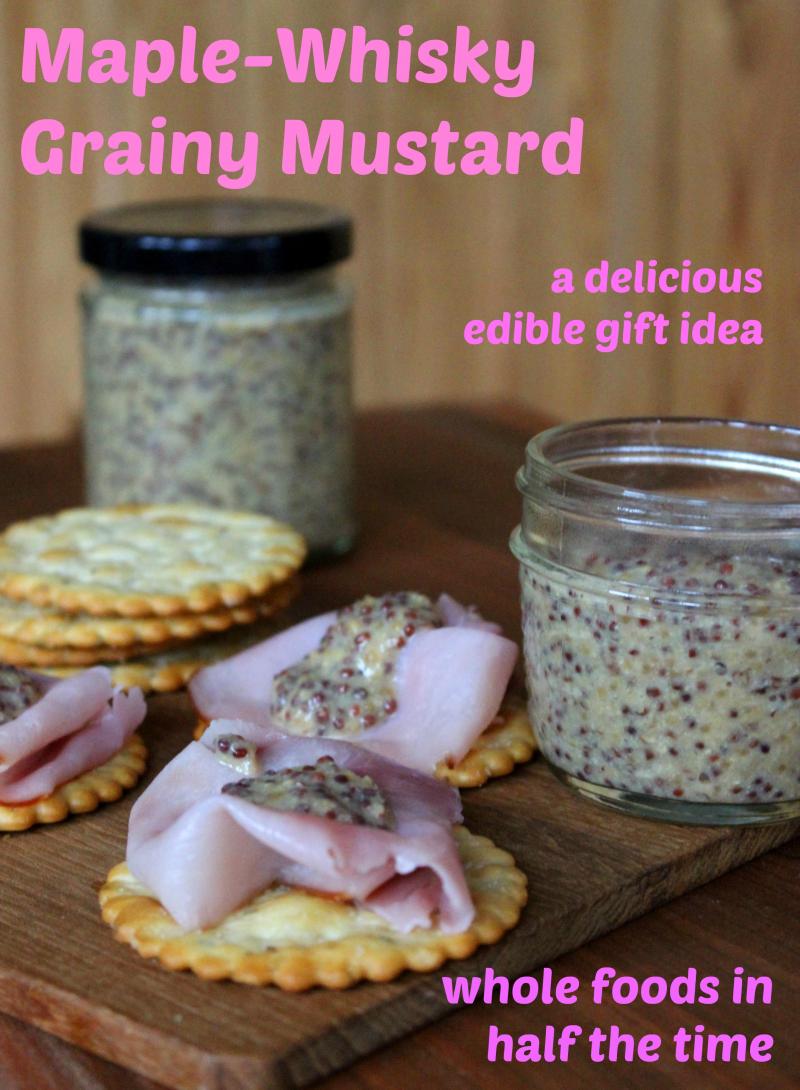 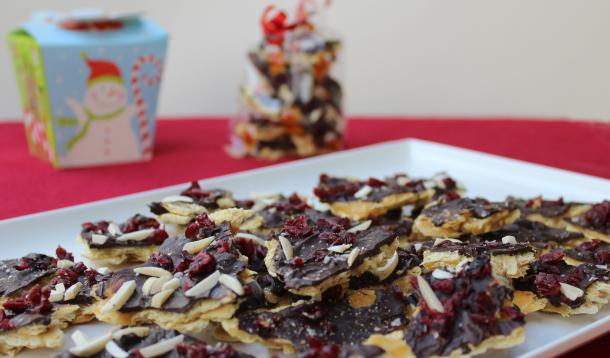 This delightful confection is both sweet and salty. While most people are familiar with salted caramel, salted honey is even more appealing and makes this treat recipe a little healthier than ones which include a lot of refined sugar. Kids can easily get in on the fun of helping to make the bark – they can crush the crackers, stir the honey syrup (with supervision) and sprinkle the toppings on as well. Part snack, part candy, this bark makes an ideal teacher or hostess gift. 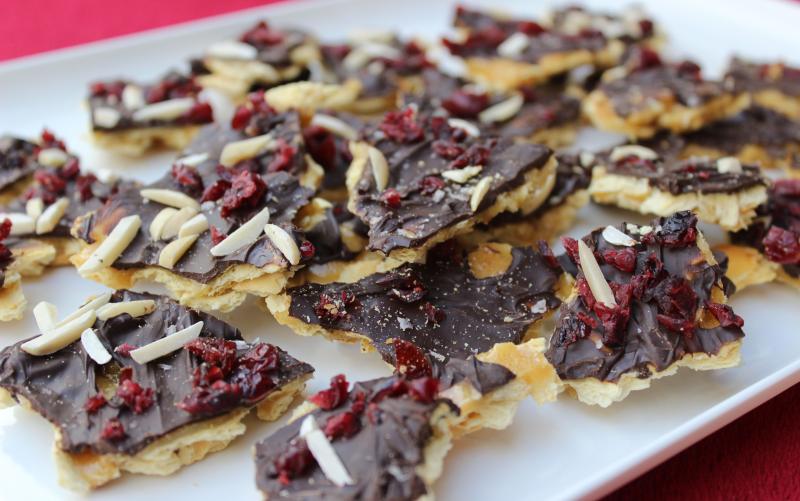 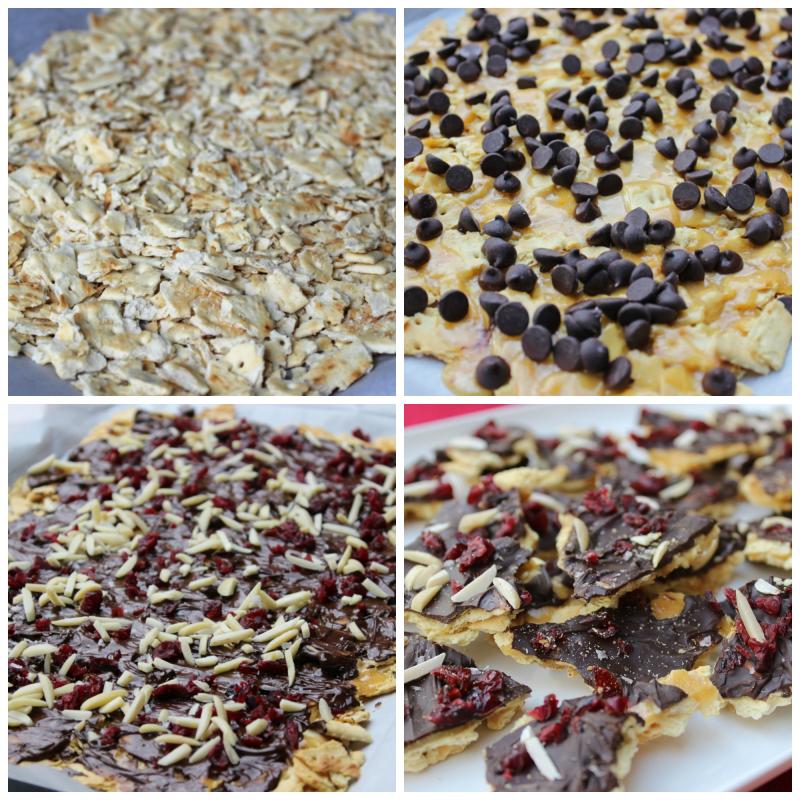 Using your hands, coarsely crumble crackers into one layer onto the prepared baking sheet (pieces should be 1/2 inch approximately).  Toast in oven until golden brown, 3 - 4 minutes. Remove from oven and set aside to cool.

Put sugar, honey, and butter in a medium saucepan over medium-high heat. Cook, stirring occasionally, until butter is melted, then stir constantly as soon as it begins to bubble. Use instant-read thermometer and watch the temperature as it will rise quickly as the syrup cooks. Remove from heat as soon as it reaches 300F, about 5 – 7 minutes.

Stir in baking soda (mixture will foam up). Quickly pour mixture over crackers, as evenly as possible.

Immediately sprinkle chocolate chips evenly over top. Let sit 3 – 4 minutes until melted, then spread in a thin layer using a knife or spatula.

Top with cranberries and almonds then sprinkle with salt. Use the tip of a knife or your fingertips to press almonds into the chocolate.

Chill until chocolate is hardened, at least 10 minutes. Break bark into pieces and store in an airtight container for up to a month (as IF it's going to last that long!!!). 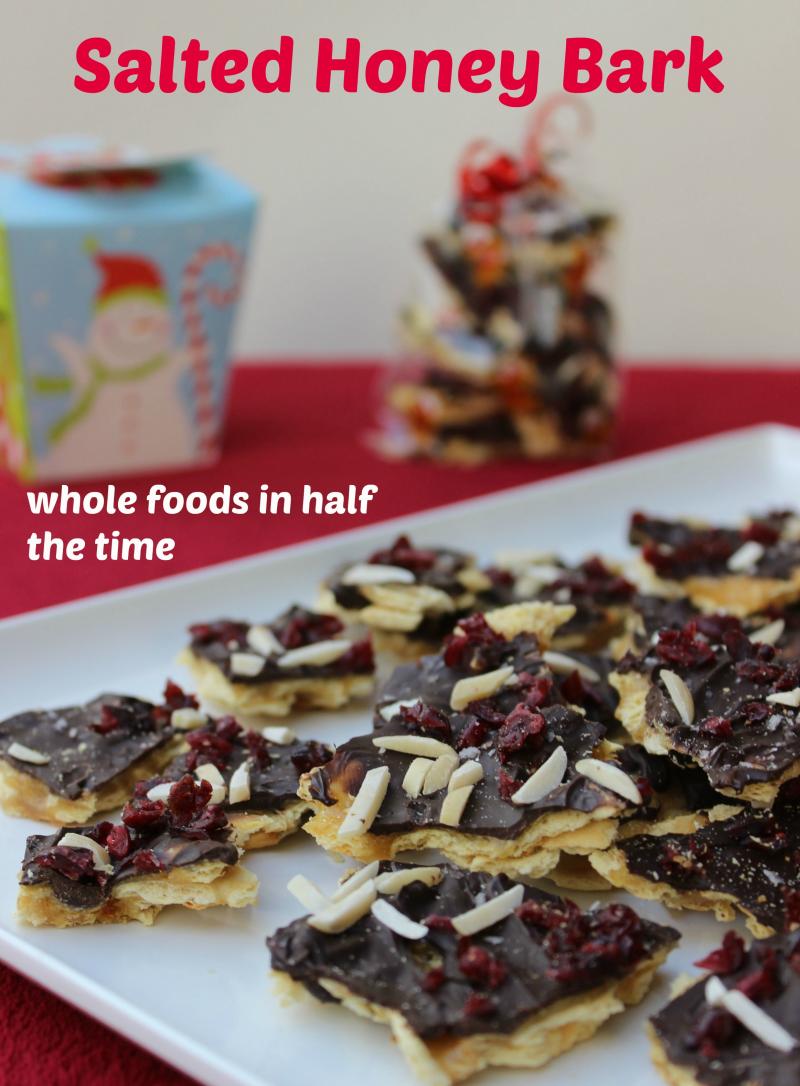 This 3-Step Pasta Will Become Your New Favourite Dinner