The Complete Book of Combat 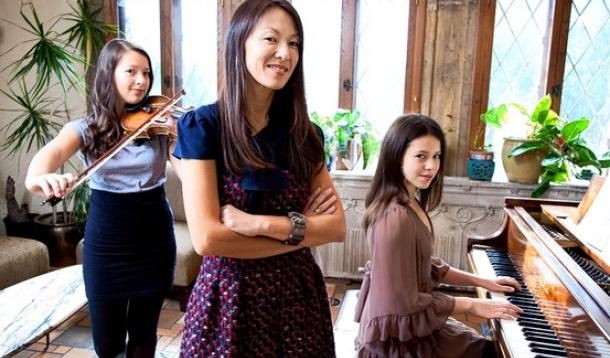 Well, there's more than one way to skin a cat, allegedly. If you happen to have a tiger mom -- the moniker given to the likes of Amy Chua who rule the roost with an iron-fist -- then rebelling at home means writing a book.

No, not just any old book but a manifesto. It seems drastic, yet that's exactly what two Beijing school girls have done to get out of their violin lessons.

The Complete Book of Combat With Mum is an online manual on how to survive life under a tiger mom's roost. Aimed at kids aged 6 to 12 is a quasi-response to Chua’s notorious Battle Hymn of the Tiger Mother. Earlier this year, Chua's draconian parenting style gained notoriety and sold a lot of copy. Among other things, she out and out banned her daughters from attending sleepovers and vowed to char beloved toys if they didn't hunker down in front of the piano.

As part of their rebuttal, Combat's ten-year-old authors  even include crudely illustrated diagrams which, according to the Times’ Leo Lewis, "exactly capture the savagery of a Tiger Mother in full cry: a domineering powder-keg of ambition."

Some of the fight-back tactics listed by the girls include "answering her punishing questions with your eyes closed and fashioning 'mini weapons' out of household items."

Ironically, it was Chen's docile dad who uploaded the guide to China’s equivalent of Twitter.

Sounds like the perfect stocking stuffer for the Chua daughters, if you ask me.