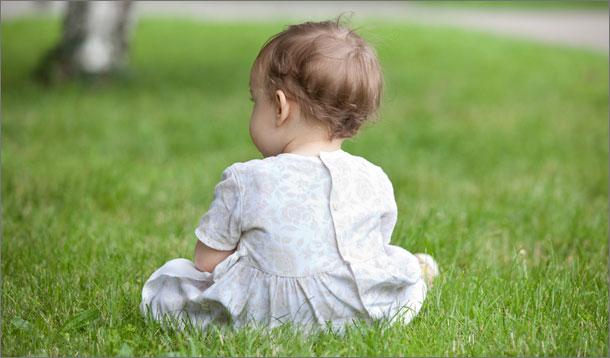 For a one-year-old, she sure gets around. Already Tyler Sercombe has met an estimated 130 A-list celebrities, including Tom Cruise, George Clooney, Johnny Depp and Meryl Streep. But unlike this woman, this nipper's close encounters of the celeb kind were far from coincidental.
She's been cuddled with Elton and swayed in the arms of Tom Hanks. Her first star-studded encounter, Liz Hurley, held Tyler when she was only a month old, at the premiere of Gnomeo & Juliet in London's Leicester Square.

Film buff mom Donna, 31, reckons she's taken Tyler to around 60 premieres in total. Being in a wheelchair for a 'pain condition' affords Donna good access at red carpet events.

While babies are portable enough, premieres don't let out until late and typically involve hours of waiting around, in all kinds of weather. And the crowds around Leicester Square get pretty heavy.

Doubtless the photos make for a cute souvenir, yet today's celebrities will surely be tomorrow's has-beens. When Tyler grows up, will she actually care half as much about this posturing as her star-drunk mom?