Would You Give This Boy Your Coat?

Would You Give This Boy Your Coat? 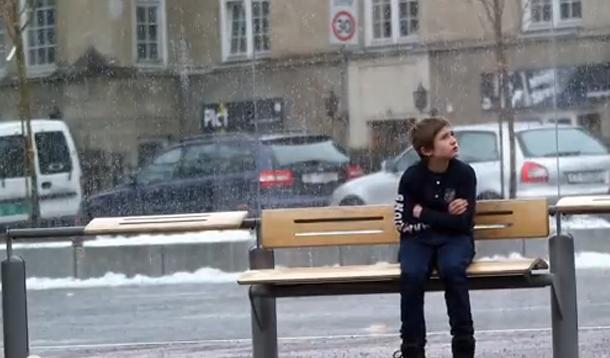 It can get damn cold in Norway, like Canada cold. So what happens when a boy with no coat on waits shivering at a bus stop?

According to an article in the Mirror, 11-year-old Johannes Lønnestad Flaaten found himself in that position on a chilly day in Oslo.

Mercifully, it isn't long before strangers find their humanity and reach out to the boy. Scarves, hats, gloves and coats are offered up in a viral clip that has warmed the hearts of some six million viewers on YouTube.

Even though Johannes is an actor, and the scene a mere set-up by the charity SOS Children's Village, hopefully it will inspire the same generosity toward the children affected by the civil war in Syria.

See what these actors are doing to help relief efforts in the Philippines.

Mom Gets Creative To Remove Provocative T-Shirts From Store

These shirts clearly cross a boundary

Mom Gets Creative To Remove Provocative T-Shirts From Store 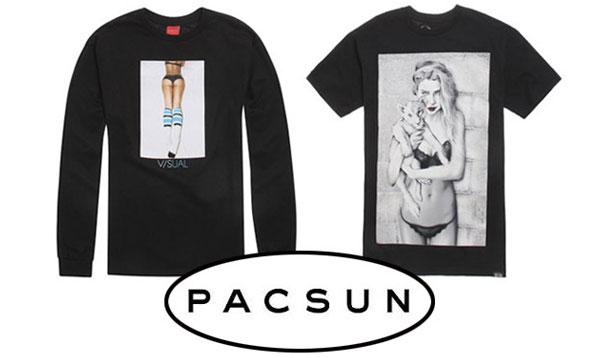 You see an indecent shop window display. What do you do—keep walking or walk in and speak up? One mother was so disturbed by a T-shirt while shopping in a Utah mall with her teenager, she decided to take action.

According to an article in CBS, the provocative T-shirts, featuring images of scantily clad models, were on sale at a PacSun store in the University Mall in Orem.

When Judy Cox clocked them, she confronted staff only to be told the display could not be removed without permission from the chain's corporate office.

Taking matters into her own hands, Cox waltzed right in and bought the T-shirts. Every last one in stock. There were 19 of them, retailing at around $28 each, for a total of $567.

Of course, Cox made the purchase to prove a point and plans to return the T-shirts at the end of the beach retailer's 60-day return period. But in the meantime, at least no one else will be wearing them or seeing them on display. Not if she has anything to say about it.

"These shirts clearly cross a boundary that is continually being pushed on our children in images on the Internet, television and when our families shop in the mall," Cox said.

Orem is apparently a very conservative and religious town, which CBS claims "frowns on pornography and encourages its youth to dress and act modestly." In fact, sexually explicit material is prohibited as part of city code.

"I hope my efforts will inspire others to speak up within their communities," added Cox. "You don't have to purchase $600 worth of T-shirts, but you can express your concerns to businesses and corporations who promote the display of pornography to children."

It isn't the first time Orem residents have taken issue with retailers—in the past, Victoria's Secret has been asked to modify its imaging. Yet Cox insists the clientele in this case is specifically junior high and high school age, and that's what makes the T-shirts inappropriate.

What do you think of Cox's actions: prudish or protective?

This would be my legacy! 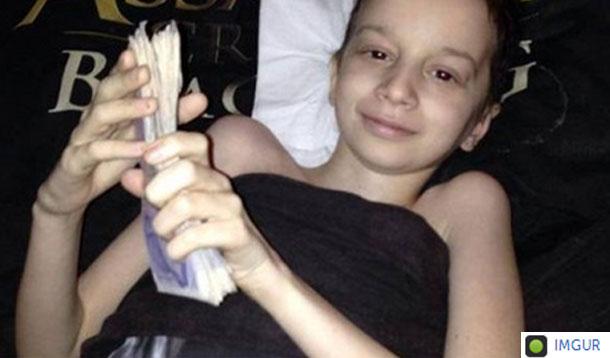 Reece Puddington is too young to have a bucket list. But the 11-year-old British boy who decided to put a stop to his cancer treatment has penned one anyway.

According to an article in CBC, Reece was diagnosed with a nerve tissue cancer called neuroblastoma in 2008—when he was just five.

"I could opt for another trial, but this would mean travelling a lot to the hospital and coping with the side effects," Reece wrote on his Facebook page. "[Or] I could simply do nothing, stay at home and let nature take its course, which would lead to me losing my life slightly earlier than if I'd had more treatment."

A devastating decision, at any age. Yet Reece has continued to publicize his journey, including a bucket list, to more than 17,000 followers from all over the world

Amazingly, many of Reece's wishes have come to fruition, thanks to various companies and individuals.

A Childcare company called Moments Fostering Ltd. gave him an Xbox, while Reece had breakfast delivered care of the British pub chain Wetherspoons.

Still no word on the Hobbit house for his backyard, yet that too is also in the works, thanks to a set designer and carpenter named Jason Onion.

Johnny Depp, if you're reading—a likeness has appeared at Reece's bedside, but the real Jack Sparrow is still very much sought after.

Among stranger items included on the list is £1000 in £20 notes to go toward the construction of a beach hut for "other poorly children so that they can enjoy it, too. This," said Reece, "would be my legacy!"

What do you think of Reece's decision to stop receiving treatment?

Another young person who managed to inspire the world while battling cancer.