Sometimes we Have to Accept Decisions we Didn't Make 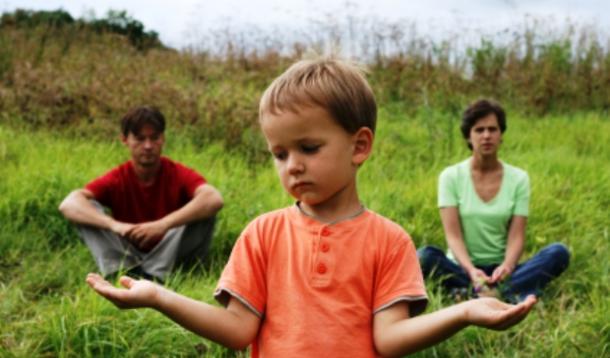 Are you married to, or in a relationship with, your child's other parent? Do you feel you have power in the parenting roles, does your mate have it all, or is it a shared parenting power?  In blended families, there is often a distinct loss of power by all parties involved. Stepparents only have as much parenting power as their spouse is willing to grant them. Stepchildren often have very little power over decisions made by their parents. Even divorced parents only have power over what goes on in their own home, and usually not what goes on in their child's other home, no matter how good the relationship may be between them. Divorce creates an interesting dynamic that leaves everyone in the blended family triangle powerless at some point.

My stepson is thirteen years old. I became his stepmother when he was 5, and one thing has always stayed the same about step-parenting him  —  I feel bad for him. Often. Due to his parents' divorce, he is caught in the middle of two very different family environments and two polar-opposite parenting styles. That is not his fault, yet he is stuck having to shift gears every Friday when he transitions from a week at one of his  homes to a week at the other. I can't begin to imagine how hard that must be on him. The life of a child with divorced parents is often unfair because so much of it is out of the child's control.

Last Friday when my stepson arrived at our home, Huzbo advised him that he needed a haircut. I saw the look in my stepson's eyes — he didn't want a haircut. More importantly — at thirteen — he didn't want to be told to get a haircut. Sadly, my stepson has learned from having divorced parents that conflict is painful, so it's usually easier to just pretend you agree, than to speak up and voice your difference of opinion because disagreement can spiral into larger conflict.

I felt compelled to help my stepson gain some small control over something in his life, so I gently reminded Huzbo that his son was now a teenager and was old enough to manage his own hair. Huzbo adamantly disagreed.  He grew up being told by his dad how to wear his hair and felt that it was his fatherly duty to do the same with his own son - have I mentioned Huzbo is a little old-school sometimes? Now you may find this next statement strange — and I don't blame you if you do — but Huzbo and I agreed to take a Facebook poll on the subject.  It seems a few of our disagreements lately have been settled this way, but  that's a topic for another post!

I received over 25 comments in response to my Facebook query, the majority of which supported the opinion that thirteen was indeed an appropriate age to be in charge of one's own hair length and style.

Shortly after I posted to Facebook, my stepson came into the kitchen where Huzbo and I were discussing the subject. I asked him directly if he wanted to cut his hair, and then held my breath because many times in the past, he's hung me out to dry in similar situations by agreeing with his dad simply to avoid any possible conflict if he didn't.

This time was different — my stepson told us both that he preferred to not cut his hair. I was shocked by his admission, but also extremely proud of him for standing up for himself, even when he knew his dad felt differently.

Then it hit me:  we had convinced my stepson's dad to let him manage his own hair, but what would happen the following week at his mother's home, if she decided he needed a haircut?

This is the legacy of divorce and blended families. The knowledge and often hard-to-swallow acceptance that you do not have any control over the decisions that get made in your child's or stepchild's other home.

Will my stepson's new-found confidence extend to disagreement with his mother, if she wants his hair cut? Will he return next week with sheared locks, even if he does speak up about his own wishes?

I have no idea. The best I can do is encourage him to speak his mind in a respectful manner, and wait to see what happens.

Powerlessness is an element of blended families that cannot be avoided. Sure, Huzbo could email his ex-wife to discuss letting their son decide his own hairstyles, and in some divorced couples that would work. Sadly, Huzbo and his ex don't have that kind of relationship, as much as I wish they did for my stepson's sake. If my stepson's mother wants his hair cut badly enough, there is nothing we or he can say or do to stop that from happening. That is the reality of some divorce situations.

I hope that my stepson has the courage to share his wishes with his mother, and I hope she respects his wishes to have control over his own hair. However, I can't control the outcome, so like many things that arise in my life as a stepmother — I have to let it go and accept whatever happens.

How do you deal with the powerlessness of being a stepparent, or a divorced parent?

Jackie Gillard: Conceived in my Heart Newsflash: Our Daughter Is Not Our Maid

Jackie Gillard: Conceived in my Heart My Family Night Out to See Ross Petty's The Little Mermaid