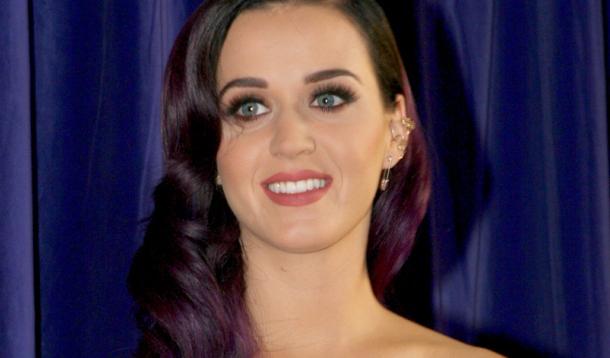 America loves itself a good conspiracy theory, from NASA to all the way to JFK. But none are as deliciously baked as this one, originating from December 2014, that is currently blowing up the internet.

Ready for it? Remember JonBenét Ramsey, the six year-old child pageant star who was kidnapped and murdered? Well, what if instead of dying, she magically morphed into... Katy Perry?

“JonBenét Ramsey became Katy Perry. That’s a fact,” claims the voice over of the YouTube video, which has racked up close to 2 million hits. “JonBenét Ramsey did not die, nobody died, nobody got hurt.”

The baked fellow, who goes by the name of Dave Johnson, extrapolates on the theory with a bunch of extremely tenuous links that culminate in an ultra creepy superimposed image of Perry's and Ramsey's faces.

OK, so the resemblance is eerie, I'll give him that.

“The Illuminati always puts out clues hidden in plain sight,” says Johnson or whatever his name really is.

He references a quote from Perry's biography talking about her early songwriting days. “Not that I was one of those stage kids,” she wrote. “There was no JonBenét Ramsey inside of me waiting to burst out.”

And then there was that time Perry tweeted out the lyrics to God Bless America - which, for the uninformed, was famously performed by Ramsey.

Is this enough proof that two performers have in fact melded into one?

Nope, but it may be sure proof, according to one commenter, that "Crack is a Helluva Drug.”

“It makes me feel sick just thinking about it” 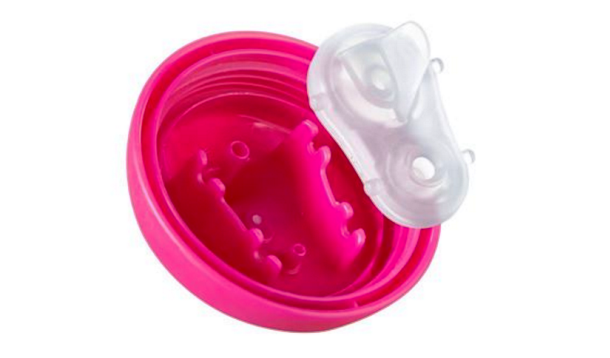 Upon seeing the images online, Laura Greene was horrified to find mold in her 19-month-old daughter’s cup.

“I can’t imagine how long she’s been drinking mold,” Greene wrote on the Facebook page. “It makes me feel sick just thinking about it.”

The Missouri mom had been using the cups for a year, and claims she always washed its parts separately and thoroughly using hot soapy water immediately after each use.

Parents are clearly concerned, with some believing the cups are to blame for health concerns in their tots.

“We didn’t put two and two together of the sippy cups and his health until recently,” said Washington mom Amanda Townshend, whose son has been using the cups for 10 months.

“He’s always had a stuffy nose after using them and just about a week or so ago he had an upper respiratory infection.”

Health officials warn that although mold can cause nasal congestion, it is unlikely to bring about actual illness.

Several parents expressed difficulty dismantling the cups for cleaning purposes, with Townshend claiming it took her "30 minutes using a screwdriver and hammer to break it open."

Tommee Tippee has released a statement apologizing to customers and vowing to address concerns regarding its cups.

Thank you for your patience with us. First we’d like to assure you that child health and wellbeing is at the heart of...

A new cup is about to be released by the brand. In the meantime, Tommee Tippee has offered customers a "see-through valve" that will make the existing cups easier to clean.

Customers can request the free replacement cup or valve by calling Tommee Tippee Toll Free at 1 866 214 1537.