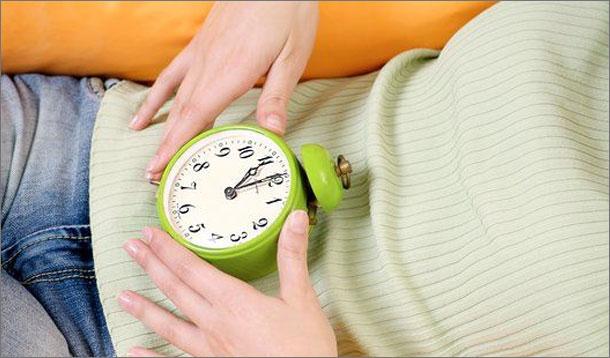 Everyone knows someone who said she wasn’t interested in kids, or said that she would try for a baby “later” only to then decide that her “biological clock was ticking.” But now, you don’t have to only hear that ticking inside of your head: you can display it with the help of a useful app!

Mira Kaddoura, an artist from Portland, Oregon, came up with the idea after her doctor asked her if she planned to ever have kids. When she replied that yes, she had always assumed she would, the doctor informed her that if she was serious, she shouldn’t put it off much longer.

Kaddoura—who hasn’t said her actual age, but given her countdown is likely in her early 30s—has posted her clock as part of the project, showing it ticking down to zero. She has even taken to sometimes wearing a belt showing the clock. She claims that posting the clock for the world to see is therapeutic, in a “face your fears” sort of way. “Being conscious of a reality, and well-informed only makes you make better choices,” she told The Globe and Mail.

Doctors have recently been trying to get the message out that fertility is a finite time period, and starts to decrease much earlier than many women think—there is usually a sharp decline in a woman’s fertility between the ages of 35-39. “We see a 50-year-old pregnant celebrity and no one talks about all the medical help she got or the donor eggs she had to get from a 23-year-old woman,” she says. Physicians say that in a society where people are getting married later and later in life, it’s important to be educated so that they can make an informed decision about having kids.

Is an app like this a precursor to a helpful discussion, or just a hurtful reminder? 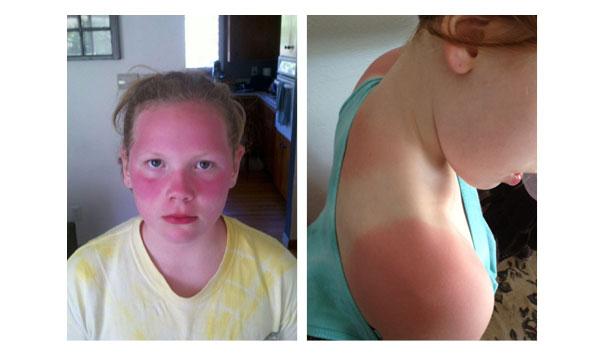 Mom Jesse Michener of Tacoma, Washington, was stunned last Tuesday when her three daughters—Violet, 11, Zoe, 9, and Eleanor, 7—came home from their school field day so severely sunburned that the two older girls needed to go to the hospital. She admits that because it was raining that morning, she had not put sunscreen on them before they left for school, even knowing that they would be outside all afternoon for field day. However, given that it’s recommended for sunscreen to be reapplied every 2-3 hours, even if they had put it on first thing that morning, they would have needed more by the time the field day activities started.

They wouldn’t be the first kids to come home from school sunburned, but the REASON they were sunburned is shocking: the school board does not allow teachers to apply sunscreen to students, and students are only allowed to apply sunscreen themselves with a prescription from a doctor. Even though the school was aware that one of Michener’s daughters has a form of albinism (which causes extreme sensitivity to sun) they still did not allow her to put on her sunscreen, or to go inside even after they noticed the burn. In the end, the Michener girls were outside with no sun protection for over five hours.

The district has since apologized to the Micheners, and said that the policy will be revised this coming October. Michener told the Huffington Post that she isn’t out to vilify the school. “I’m out to change a policy that ties their hands from making good decisions.”

In an age of sun awareness, should worries over sunscreen allergies take precedence over keeping kids safe from burns? 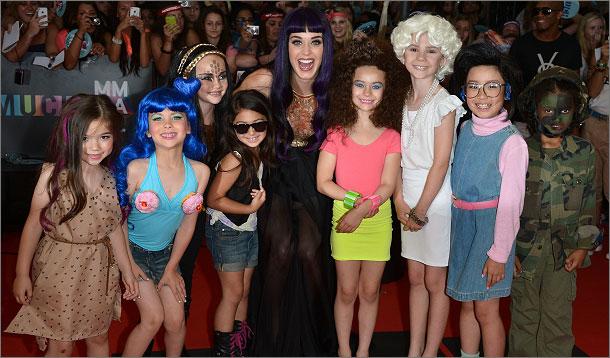 As far as pop stars go, Katy Perry is a walking paradox, mixing cutesy girl with sex kitten. But though it may be fun for the singer to see her hair colour through every shade of the rainbow, it must be confusing for her largely tween female audience to see their idol in provocative get-up and sporting cupcakes for breasts.

Such suggestive imagery is part and parcel of pop music. Maverick Madonna made a career out of it that is only recently showing signs of drying up. But during a red carpet appearance at the MuchMusic Video Awards in Toronto, 27-year-old Perry crossed a line by dressing up a bunch of mini mes—one of whom wore the so-called 'fake cakes' on her prepubescent chest, replicating the California Gurls video in which Perry fired cream from her boobs.

Perry's own questionable awards show ensemble—a nude bodysuit with strategically placed sparkles—garnered less talk. Fair play for Perry to sexualize her own body; resoundingly not cool for a little kid to do so. After all, those cupcakes are highly suggestive, conjuring up ideas of icing and licking and treats up for consumption. Then again, I grew up in an era of the Strawberry Shortcake figurines, and gleefully belted out "Like a Virgin" without having the faintest notion what any of it meant.

Was the cupcake gurl playful or puerile?