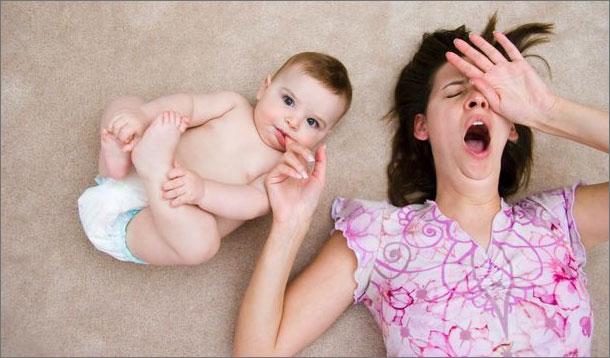 Though not strictly a newsy item, this post is guaranteed to bring a smile to your lips if you are a parent.

And especially if you are as tired of reading parenting advice that is largely judgmental and contradictory, you will love this tongue-firmly-in-cheek article by Una LaMarche in Huffington Post taken from her blog, The Sassy Curmudgeon.

Want to be a perfect parent? Well, LaMarche has the answer for you, in five easy steps—or not...

LaMarche is right. The truth—namely, that there is no single truth—will set you free. Enjoy! 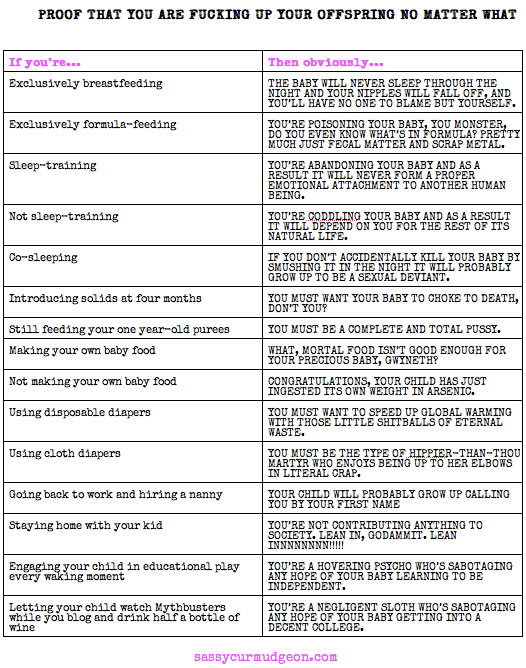 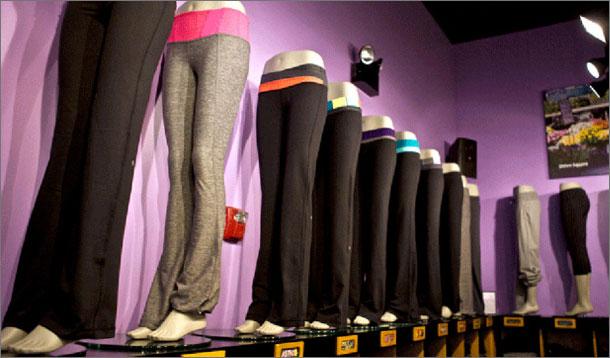 The hip yoga company Lululemon Athletica Inc. (Lulu) has withdrawn a line of its women's pants for being too transparent.

Talk about misplaced modesty. Women everywhere will be scrutinizing their assets in yoga pants after the announcement. An article in Bloomberg claims the decision will cost the Vancouver-based business, big time. Its first-quarter revenue is expected to plummet due to the recall.

Lulu officials withdrew some black Luon stock, as the pants were too sheer to meet the company’s standards. But the pants—which retail for $98 and account for around 17 per cent of all Lulu pants—were in stores until March 1. So be warned.

The error apparently lies with dye issues in the supply chain. Ouch. Personally I'd expect a little more coverage for a hundred bucks. But many fail to see the source of all the hullabaloo. Aren't all yoga pants see through to varying degrees?

“I see it in every class, it’s noticeable," 26-year-old Jared Greene told the Daily Beast. "For sure it’s a turn-on, it’s hot, but no one really goes to class just for that. I’m not going to say I hate it though, it makes [yoga] more fun.”

For those who purchased a pair of Luons after March 1 online or in one of the brand's 200 locations, refunds and exchanges are guaranteed.

Are you bothered by the potential opacity of your yoga pants, or is the recall much ado about nothing?

Common Sense Could Get Hurt 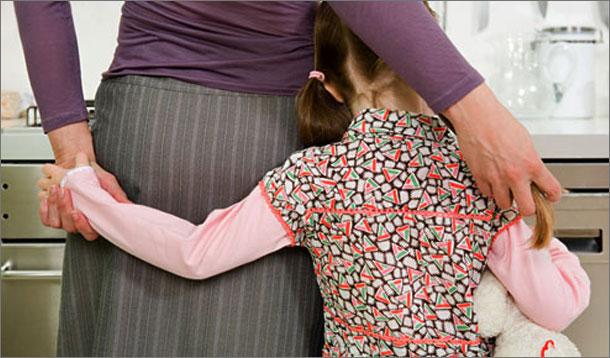 Are hugs harmful? According to the state of Maryland, the answer is quite possibly. In an article in Huffington Post, St. Mary’s County public elementary schools issued new guidelines, which include the hug ban. Among other bans include birthday invites (feeling could get hurt), and homemade foods (since those with allergies could get hurt).

In fact, the ridiculousness doesn't stop there. The long list of rules compiled by both parents and teachers over four meetings will see parents banned from walking "with their child when he or she leaves the cafeteria," visiting during recess (that goes for siblings, too), and approaching teachers in person.

Under the Best Practices on School Visitors, parents must report to the front desk and have their photo taken.

If you think that's taking safety too far, consider that many other schools—in Oregon, Florida, New Jersey, Brooklyn, and even New Zealand—have hugging bans in place.

I know there is such a thing as uncomfortable and inappropriate hugging. But there is also such a thing as reassurance and emotional security. My son suffers from anxiety, so tight hugs are hugely helpful in helping him calm down. Yet I realize I may be in the minority when I say that teachers have my blessing when it comes to doling out hugs.

Are you OK with teachers hugging your children? Is a hug ban the way to go?