Get the world's best buns with this easy cinnamon bun recipe 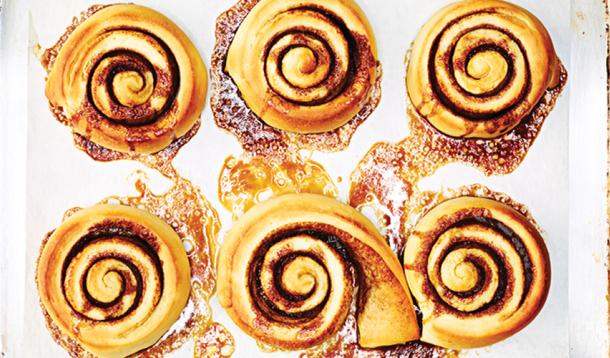 I really don't have to do much of a sell job on these, but here are the adjectives that best describe these fluffy, gooey, rich, warm, blissful, sweet pastries swirled with buttery, cinnamon-brown sugar and smothered with a cream cheese frosting: amazascrumptabulous. If that doesn't sell these to you, the intoxicating aroma of these finger lickin' rolls of kryptonite will certainly seal the deal.
Ingredients:
Dough

For the dough, in the bowl of an electric mixer, combine warm milk and ½ tsp sugar. Sprinkle in yeast and let sit 10 minutes, until foamy.

Using the dough hook, add ½ cup sugar, vanilla, and eggs on low speed. Add flour and salt on low speed. Once incorporated, turn mixer to medium-high, allowing it to knead dough for 4 minutes. Add butter and continue on medium-high speed for 6 minutes, until dough is smooth and pulls away from the sides of the bowl. With floured hands, remove dough from mixer and roll into a large ball. Place it in a large bowl that has been coated with non-stick cooking spray. Cover with plastic wrap and let rise in a warm spot until doubled in size, about 1 hour 15 minutes.

For the filling, in a small bowl, combine brown sugar and cinnamon. Brush the melted butter on the surface of the dough leaving a ½-inch border around the edges. Sprinkle brown sugar mixture over melted butter. Roll the dough into a fairly tight cylinder and press along the edges to seal. Cut into 12 equal pieces. Place on prepared baking sheets, cover with a cloth, and let rise in a warm area for 1 hour.

Preheat oven to 400°F. Bake buns 10 minutes or until golden.

For the glaze, in an electric mixer, cream together cream cheese and butter on medium-high speed until well blended. On low speed, add icing sugar and vanilla. Once combined, raise speed to medium and mix well. Spread on warm cinnamon buns.

A Fun and Frightful Halloween Recipe 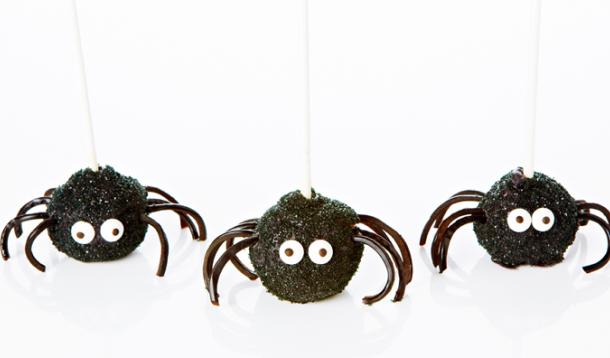 Lisa is Spiderwoman. I mean, who else could possibly take a scream-inducing creature and turn it into a drool-inducing dessert-on-a-stick? These perfect-for-Halloween (and every other day, for that matter) Spider Cake Pops are deliciousness on a stick—moist chocolate cake is rolled in a melted chocolate coating, coated in sprinkles, and appointed with candy eyes and black licorice limbs.

Bring on the leggy arachnids...we're hungry!!!

For the chocolate cake, preheat oven to 350ºF. Coat a 13x9-inch baking pan with non-stick cooking spray. In the bowl of an electric mixer, add sugar, flour, cocoa powder, baking powder, baking soda, and salt. Mix on low speed for 30 seconds. Add eggs, milk, and oil, beating at medium speed for 2 minutes. Using a spatula, gently fold in boiling water and pour batter into prepared pan. Bake 30 minutes or until baked through. Remove from oven and let cool for several hours before continuing with cake pops.

For the cake pops, using a food processor, pulse cake until fine crumbs form. Place crumbs in a bowl and add frosting 1 tbsp at a time, until cake is moist and can hold a ball shape. Roll mixture into 1-inch balls and transfer to parchment-lined baking sheet. Cover with plastic wrap and refrigerate for 2 hours.

Pour candy melts into a microwave-safe bowl and melt chocolate using 50% power, making sure not to overcook. Working with 4 cake balls at a time, leaving the rest in the refrigerator until ready to use, dip a lollypop stick in the melted candy melts until 1-inch of the stick is covered. Place that end halfway through the cake ball. Keeping the pop at an angle, roll the cake pop in the candy melts until completely coated. Gently tap the stick to drip off excess. Immediately place candy eyes on one side of the face and sprinkle all over with black sprinkles before the coating hardens. Place on wax paper upside down. After the spider pop dries, poke holes with a toothpick at each point you want to attach the legs. Insert black licorice strings for the legs. If not served the same day, refrigerate pops until 10 minutes before serving.

Shake up a martini to be thankful for! 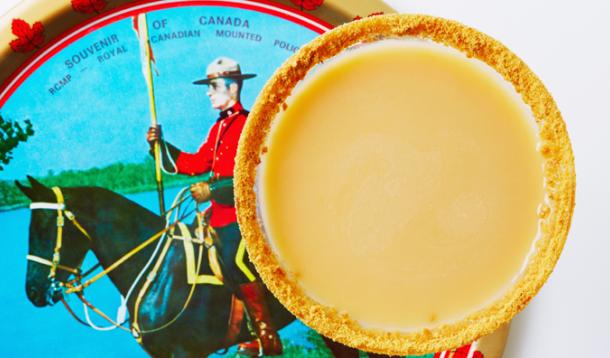 Want to make the easiest pumpkin pie? Turn off the oven and shake it up with this Pumpkin Pie Martini, a cocktail that delivers festive flavours in every sip.

Moisten the rim of the cocktail glass with vanilla vodka. Turn the glass upside down and dip the rim in the crushed graham crackers.

For more festive sips, try this Candy Cane Martini and for the kids, blend up this Pumpkin Pie Milkshake.

Quick Bites: Stress-Free Recipes From Bite Me More Move Aside, Cake Pops—We've Got Birthday Cakes On A Stick!