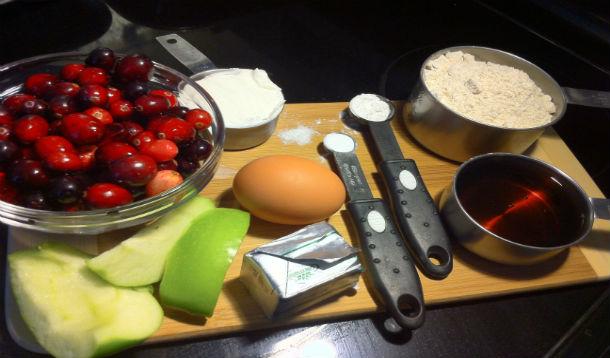 I love this recipe because it is sooo easy to make and on top of being healthy and low fat, the muffins are not too sweet. So they make a perfect afternoon snack or even a morning delight!

2. Butter or spay the muffin cups.

3. Mix all the dry ingredients together.

4. Incorporate the butter and mix in the beaten egg, maple syrup, yogurt and grated apple.

5. Fold in the cranberries and spoon the batter evenly in the muffin tins.

Bake until done, about 20 minutes. 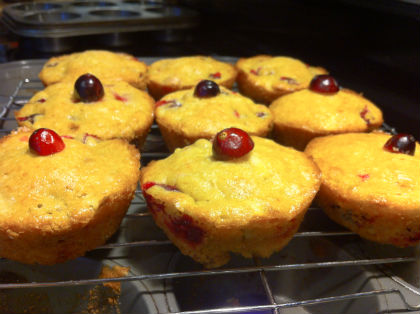 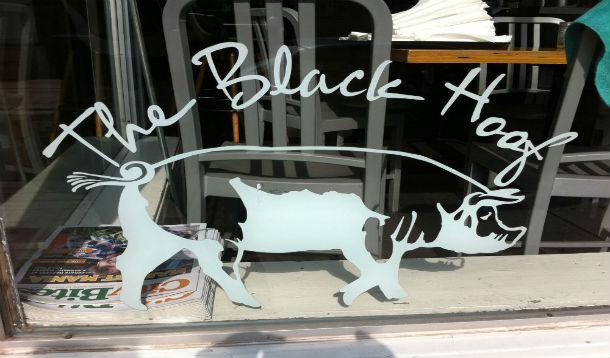 Because they know I am always out and about, always on the lookout for the best places to eat, people often ask me where to go. In Toronto, my favorite neighborhood to at the moment, besides Little Italy—that is still and always a must—is Dundas West.

In recent years, the heart of Toronto’s Portuguese district, along Dundas West, has emerged as the neighbourhood of choice for the city’s up-and- coming chefs. The hottest new restos can be found on the strip from Bathurst to Dufferin, with another cluster on the very hot Ossington Avenue. Foodies converge here for youthful, adventurous cooking featuring terroir ingredients and influences from the great culinary traditions.

Start your explorations by lunching on one of the city’s best sandwiches, served up by Porchetta & Co. As soon as you walk into the space, owner Nick auf der Mauer’s passion is suggested by the aroma and confirmed with the first bite of his marinated, roasted pork shoulder, which he wraps in prosciutto and pork belly before slow—cooking it for several hours. Heavenly!

Just one street off Bathurst, at the corner of Markham, you will find the already buzzing Bent—Chef Susur Lee’s new restaurant with sons Kai and Levi Bent-Lee. A family affair, set in an amazing décor by Lee’s very talented designer wife Brenda, with a fresh and creative menu focusing on various ways of presenting raw fish, ceviche, sushi, crudo…all of it with presented in the most forthcoming fashion. Of course you will find some meat options and more! A must try!

Next, try a selection of appetizers from the mouthwatering (and ever-changing) menu at Campagnolo, along with a glass of one of the wines of the day. Chef Craig Harding has three powerful inspirations: terroir, seasonal ingredients, and his Italian mamma, resulting in felicitous pairings of meats and fish with bottarga, burrata, caponata, and prosciutto. His tuna tartare with prosciutto, shallots, and parsley sauce is to die for!

A little farther along the strip is The Black Hoof, a much-loved Toronto locavore pioneer that gave today’s Dundas West culinary scene its spark, in 2008. The cooking is meat-focused, from char- cuterie to horse tartare and various preparations of offal.

Another popular spot is Enoteca Sociale (the wine-bar-resto sibling to Libretto, the excellent neapolitan pizzeria on Ossington), where they serve classic homemade pastas such as cacio e pepe (cheese and pepper), bucatini all’amatriciana (pancetta, onions, tomato sauce), and more ad- venturous fare like fettuccine with chicken livers or ravioli with salt cod, capers, and mint. The rustic ambiance, long bar, and delightful patio—come early for a seat in the summer—make this a fantastic stop, even if you only have time for an appetizer and a glass of wine from the extensive list, boasting 80 bottles under $80.

Finally, have a nightcap at the local musicians’ and artists’ haunt, the Communist’s Daughter (a reference to a Neutral Milk Hotel song). The tiny space has just seven barstools and eight tables. cozy and bohemian, complete with a jukebox and a short, simple bar menu with items such as pickled eggs, salami and cheese sandwiches, olives, and hummus. Live music every weekend. 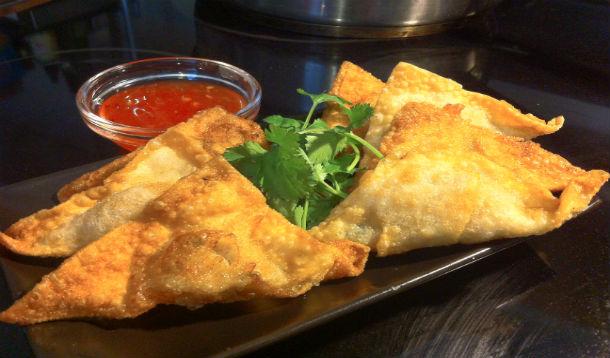 If you do not want to steam all your dumplings, you can deep fry them.

Just heat about 2 inches of vegetable oil in a deep skillet and when it's hot, deep fry your dumplings. They will get nice and brown in less than 5 minutes.

Delicious with a sweet and sour sauce and IF you have leftovers, your kids will love them in their lunch box the next day.