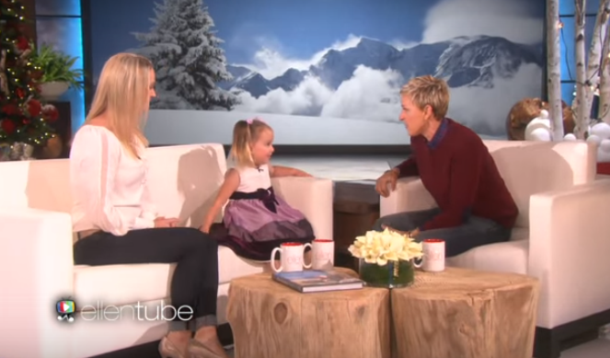 No doubt about it, three year-old Brielle is one clever little bunny. She rocked it on "The Ellen Show" recently, not only rhyming off the element of the Periodic Table, but also informing host Ellen DeGeneres that she knows all the countries in Europe and Africa, as well as all the US presidents, by heart.

"You're making me feel bad about myself," Ellen joked with Brielle.

Though she's a cutie pie (Brielle, that is), I admit to some misgivings about the segment.

As someone with a gifted child, I strive to strike that difficult balance between motherly pride and showing off.

My son - who was able to read at age two - can perform similarly incredible feats (yes, even identifying elements in the Periodic Table), having a largely photographic memory.

Over the years, I have been careful not to fuss too much, lest he feels like a trick pony. The last thing I want to do is send the message that his value is somehow tied to his amazing intelligence.

Close friends and family have seen firsthand what he knows and what he could do from a tender age. Yet I am reluctant to splash videos of him all over YouTube - or indeed, call up Ellen so he can sit on her couch or get presents from her. (Admittedly, he wouldn't mind the latter!)

This whole display doesn't sit well with me, and I realize I am speaking from my own personal comfort level here and in no way judging other parents for their decisions.

I hope my son's abilities serve him well in life. And if he eventually decides to appear on a game show like Jeopardy or Smartest Person, then that's 100 per cent his call. I don't want to be the one to put him in the hot seat and make him feel like he ever has to 'perform.'

The Bread Basket Will never be the same 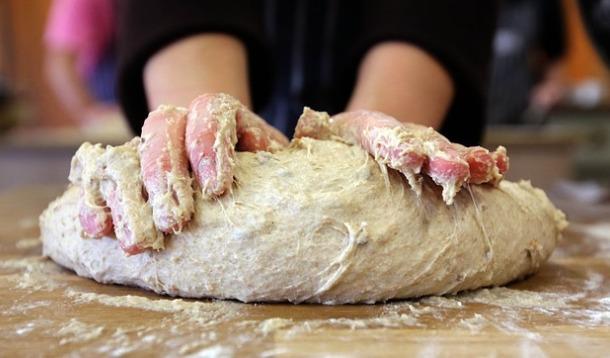 Who doesn't love a bit of homemade cooking? Well, there's homemade and then there's, uh, this.

A feminist blogger by the name of Zoe Stavri, aka “Another angry woman,” got the genius idea to do something useful with her thrush, like pitch it in to make her own sourdough. Because waste not, want not.

Except, I don't know about you, but I don't fancy consuming my own bodily secretions.

The concept is not entirely novel, though. Actual cookbooks, like Natural Harvest, exist in order to make good use of what many carelessly toss away.

There's recycling and upcycling and paying it forward - and puking it up. Which is the response most people had when Stavri live-tweeted her cunning culinary plan on social media - complete with images of her yeast (some of which was homemade) fermenting in a bowl.

Got questions about my #cuntsourdough? Don't @ me, read this. I haven't eaten it yet bc it isn't ripe yet. https://t.co/zYEPjPMapr

She even bestowed the project the charming hashtag #c*ntsourdough.

Though some chefs defended Stavri's methodology, saying "yeast is yeast," others told her she had the wrong idea about sourdough and hers was a recipe for disaster.

But Stavri claimed there was nothing untoward or remotely unhygienic about her recipe.

"There’s probably far grosser things going on in the food you’re eating than a trace amount of vaginal yeast," she wrote. She has a point, but still...

Much like the vaginal knitter, Stavri is the latest in a line of woman desperately trying to drum up funds - she urged readers to contribute to her donation page - by going where no woman in her sane mind would want to go. Frankly, it's an idea that should have stayed fermenting (sorry).

She's getting lots of attention on the back of her cooking project, which was no doubt the point. One thing's for sure, her next dinner party will be a very lonely affair.

On the upside, it's just made the Atkins diet look a lot more palatable. R.I.P. bread. New Year's resolutions are staring early this year.

Before You Buy Bunchems, Be Warned

Before You Buy Bunchems, Be Warned 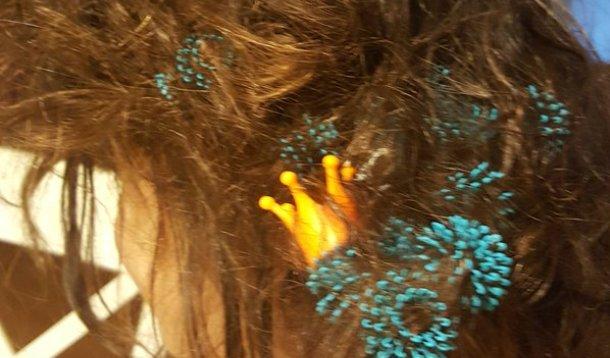 Have you heard of Bunchems? The brightly coloured balls may be small, yet the possible havoc they can wreak is huge.

Touted as a craft or building toy, Bunchems literally 'bunch' together to form interesting creations. In fact, they stick so well that should some of the 370 balls that come in a pack find their way into your child's hair, they can bring on a world of pain.

Thank you #bunchems for costing us $25 for the game and $50 for the haircut, my daughter's tears? priceless pic.twitter.com/klHFLsjoSz

In various reviews, parents lament the hours they spent trying to get the Bunchems out of kids' hair, resulting in tears and sometimes, emergency haircuts. (Ditto for pet fur, incidentally.)

“Horrible, horrible, horrible toy for kids. I just spend the last TWO AND A HALF hours (absolutely, 100 percent not an exaggeration) attempting to remove 14 of these bastard balls out of my daughter’s hair," read one review, by Ethan Benoit, on Amazon.com.

"Buy this toy for someone if you hate them or their child. They are the most incredible choking hazards on the planet. They bring pain and misery, tears, fighting, broken and ripped hair, and questions of one’s sanity in handling life in general. I can’t feel my arms now after attempting to pull this spawn from hell 'toy' that matted itself into her hair like nothing ever witnessed before...”

The items are available at various major retailers in Canada, too. Though it has been lauded as activity toy of the year for kids aged 4 to 9, Bunchems should come with a very prominent warning. And as a matter of fact, they do.

So heads up, parents, rather than ban Bunchems outright, please educate yourself and your children before they play - as you would for any other toy.