Everyone f*%$ing does it, how hard can it be? 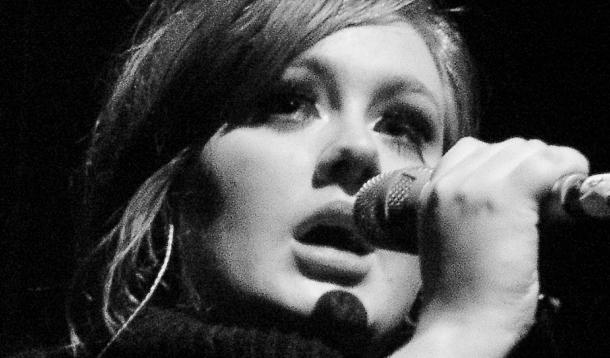 It's hard not to get overly excited about Adele being back with a new record (that voice!) after a hiatus from 21 to 25. Her first interview in three years is typical Adele - funny, brutally frank - whether she's talking fame, music or motherhood.

Of this, the British singer-songwriter cuts to the chase:

"It's fucking hard. I thought it would be easy," she says in i-D magazine of her son, Angelo James Konecki, who just turned three. "'Everyone fucking does it, how hard can it be? I had no idea. It is hard but it's phenomenal. It's the greatest thing I ever did.

"[My son] makes me be a dickhead, and he makes me feel young and there's nothing more grounding than a kid kicking off and refusing to do what you're asking of them. It used to be that my own world revolved around me, but now it has to revolve around him."

"I gave birth a few nights before the Skyfall premiere, that's why I didn't do anything for it. He was about to drop out my fanny at, like, any moment." If she wasn't so good at singing, you'd want producers to hand the lady her own talk show. She is to Britain what Ellen is to America.

Adele describes how leaving her baby behind to record her video for the first single, Hello, as "the most exhausting thing ever." She filmed with our own award-winning actor/director Xavier Dolan in Toronto.

But it wasn't always thus. Music wasn't always in the cards for Adele. At one point, spurred by the death of her granddad, she wanted to be a heart surgeon. Then music came along, and upon hearing her cut of Someone Like You, her mother declared: "You are a surgeon. You're fixing people's hearts."

Adele credits Amy Winehouse's Frank for driving her to pick up a guitar. Yet even though she cleared up on the award front in 2011, fame is something Adele goes out of her way to avoid. She still lives in the UK and is determined to stay true to her Tottenham working-class roots.

"I get worried of [friends and family] looking at me going into the smoke and never coming out. It's a bit toxic, fame. I've got enough toxins in me body, I don't need any of that!"

I love that she isn't on social media 24/7 working her brand. Like the musicians of yore, Adele focuses on the product, and leaves promotion to others. And if it takes years for the music to come, then so be it.

The new songs are all about something moms can relate to - letting go.

"I think the album is about trying to clear out the past. Becoming a parent and moving past my mid-20s, I simply don't have the capacity to worry about as many things that I used to really enjoy worrying about ... Life is so much easier when you don't hoard your past."

RELATED: Adele: Behind the Story

When it doubt, throw it out 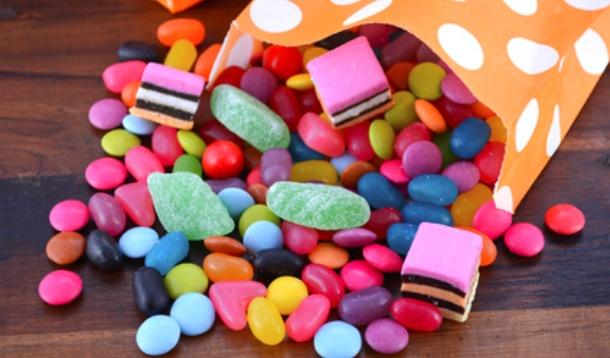 It wouldn't be Halloween without some good old-fashioned scaremongering. This year it came courtesy of a Facebook post by Mississippi police warning parents to check candy closely for "brightly coloured Ecstasy tablets" that could be mixed in with the loot.

"If your kids get these for Halloween candy, they ARE NOT CANDY. They are the new shapes of Ecstasy and can kill kids through overdoses!!!" read the caption. The accompanying photo showed the drug shaped like dominoes, skulls and Superman's shield.

In my day, the talk was all about candy being laced with razors and poison. While such incidences may have happened in someone's neighbourhood at some point, most parents had enough common sense to treat such stories as the urban myths they probably were.

Year after year kids carried on trick or treating, and year after year most parents exercised the simple precaution of combing through the haul before allowing little goblins to indulge.

"When it doubt, throw it out," was the best practice then as it was now.

While I'm not expecting to find street drugs in my son's bag, I will absolutely pick out anything I don't want him to have, like hard candies. (Says the mom who choked and almost died as a child sucking on - of all things - a Life Saver.)

The odds of any kind of tampering are next to nil, not least of which because Ecstasy costs too much!

Even though the Facebook post has now been removed, it's worth the reminder to thoroughly check your kids' candy before allowing them to binge on the night. Anything suspicious or "homemade" goes straight into the bin.

RELATED: How Halloween in the 80s Was Better 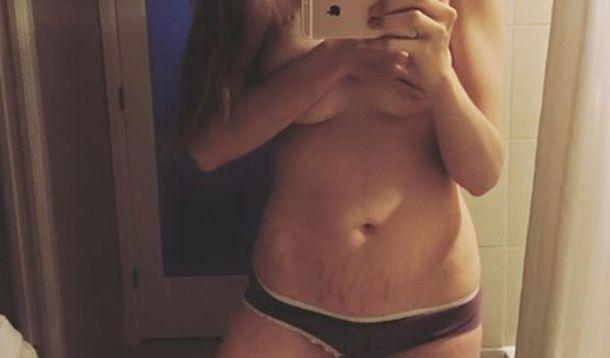 Here at YMC we're huge fans of Australian model Robyn Lawley, who once spoke out about the absurdity of the fashion industry and "thigh gap." She has again spoken her mind, this time defending her post-pregnancy stretch marks.

The face of Ralph Lauren posted a proud selfie showing off her "tiger stripes" in response to a UK gossip magazine's headline, "Robyn considers abortion to avoid stretch marks."

Lawley took to social media to shame the tabloid while urging moms to be proud of their post-pregnancy bodies.

Almost a year ago, an interview from a very honest maybe too honest conversation with a friend was manipulated and taken...

"As for my stretch marks I knew they were coming and as they're fading into white (like all my others) I thought I might capture them. Because they are some bad ass #tigerstripes. And I earned them," she wrote on her Facebook page.

"To anyone who feels bad about your body especially after a baby, you are a warrior, you created a life inside of you, that's no easy feat."

Lawley was seven months pregnant at the time the misleading article was published last year, causing stress to her and her unborn baby. Hundreds of people criticized and bullied her before the article was eventually removed.

Lawley, who claims she "already had a tonne of stretch marks like 90% of the world," maintains that her decision to terminate a pregnancy would never hinge on something as trifling as stretch marks.

Damn straight. While I don't exactly love my stripes, I don't lose sleep over them either. Still, it's nice to be reminded that even supermodels have them.

"It's 2015 we have to urgently make women feel empowered by their bodies and minds. We should not be taking their rights and choices away," she writes. "I love my daughter, I also love my human rights."

And we love you, Robyn!