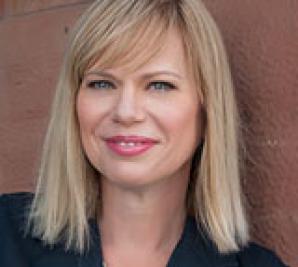 Kathy Buckworth is an award winning writer, public speaker, and television personality.  She is the author of six books, including “I Am So The Boss of You: An 8 Step Guide to Giving Your Family The Business” which was published in March, 2013 by the McClelland Stewart imprint of Random House.  Warner Brothers Television has purchased the rights for this book.  She is also the author of “Shut Up and Eat: Tales of Chicken, Children & Chardonnay”.  Her books have been translated into Chinese, Indonesian and other languages, and are available on Audible.com  She is a columnist Post City Magazines and contributes to the Metro News, Autofocus.ca, the Huffington Post, Zoomer Magazine, ParentsCanada, Canadian Living, and GoodLife.  She is a regular guest expert on CBC’s Steven and Chris and appears regularly on Breakfast Television, CanadaAM and CBC radio.  Kathy is a two time winner of the Professional Writers Association of Canada Award for Excellence in Humour, and is the recipient of the Mississauga Arts Award for Established Literary Arts. She was recently announced as one of Canada’s Favourite Moms by Canadian Living Magazine, and recognized by the Huffington Post as a top parenting Tweeter to follow.  She has over 18 years of corporate marketing experience, with CIBC, Royal Bank, Telus and Coca Cola Foods. She is the Chief Family Advisor for Presidents Choice Financial and PCPlus, and has also acted as corporate/media spokesperson/social media consultant for many other companies such as Procter & Gamble, Maple Leaf Foods, Research In Motion, Pfizer and LeapFrog Toys.

Kathy helps Moms everywhere laugh and realize that balance is just something you need to do while putting on your peep-toe heels. And you are so the boss of them.