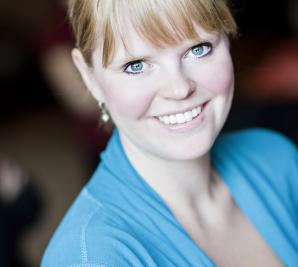 Janet Weldon was born in Thunder Bay, Ontario and lived there until her early 20s. During her time in Thunder Bay, Janet was very involved in her high school Leadership activities attending the Ontario Educational Leadership Centre in 1997. Janet attended Lakehead University and completed her Honours Bachelor of Kinesiology with her research being showcased as a part of the International Symposium of Biomechanics in Sport in 2004. After taking a year to obtain some work experience in Toronto, Janet moved to Fredericton to complete an MBA and a Masters of Arts in Sport and Recreation Administration at the University of New Brunswick. Janet is passionate about health and wellness and has incorporated this in to all of her education and work experiences. Janet has been fortunate to have worked in a variety of roles in the wellness industry ranging from lifeguarding and swim instruction to project management and product development. After the birth of her son in November, 2010 Janet decided to follow her dream of owning her own Wellness Studio. The Urban Wellness Studio, the one stop shop for physical wellness services in the region, opened in Kitchener's trendy Tannery District in October 2011. With a team of highly skilled Wellness Services Providers and a rapidly growing client base, the Urban Wellness Studio is helping people to achieve their optimal quality of life while setting the bar for wellness services in the region delivering on convenience, quality of service and a non-clinical atmosphere. Knowing the importance of mentorship, Janet sought out a team of fantastic mentors and credits Carly Kuntz, owner of the Waters Spa and Janet's Mentor through the CYBF Ment2Be program, for much of her success to date. Janet, Carly and Dana Shortt of Dana Shortt Gourmet started a mentoring group of 15 moms in the region who are also Entrepreneurs. The group, known as Momz in Biz, is stronger than ever and was featured in this month's issue of Waterloo's Grand Magazine.