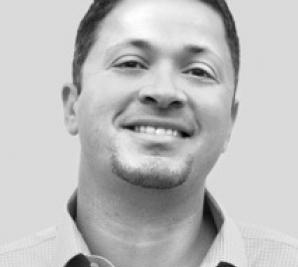 A true digital native with a BA in Economics and a Masters in Information Systems, started his digital career in 1998. VP Social Media - North America at Blast Radius.

Before joining Blast, Duri established and ran the Ogilvy Canada social media division where he managed with his team building the long-term social strategy for leading brands such as: IBM, Kraft, Unilever, Government of Ontario, and executed over 20 highly acclaimed proactive & reactive social media campaigns. One of his highly acclaimed campaigns was TASSIMO which became a case study in Scott Stratten's best-selling book: “UnMarketing”: http://amzn.to/bBThRK

In 2011, Duri planned and executed the Magnum Heir social media contest for Unilever. Which made it to second place on the mashable.com top 10 contests of 2011: http://on.mash.to/ypDUUM , the same campaign also made it as a best in class case study in Scott Stratten’s second book “The book of business awesome”: http://amzn.to/11NUjGw

Four years ago before moving with his family to Canada, Duri established and ran Mindshare Interaction, another leading WPP digital agency, this time in Dubai where he lived for 7 years.