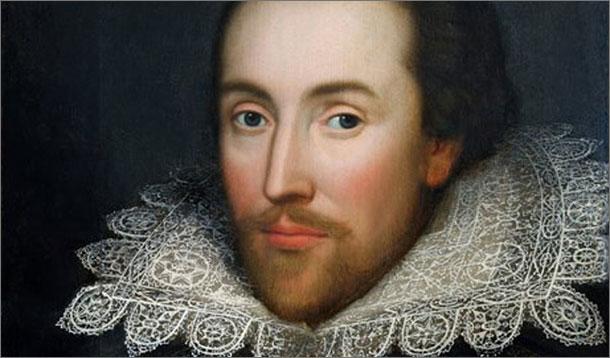 Last summer, I brought our eldest and youngest (she being 7 at the time) to a production of Macbeth, by Bard's Bus Tour. It was post-apocalyptic and weird, which our eldest completely adored. Even 7-year-old Cordelia got a kick out of it.

Now, Bard's Bus is Shakespeare in a very organic form. They travel from Ottawa to us in the south. Entrance fee is a donation ($15 requested, but no one checks the hat as it is passed around). The production uses the landscape to bring other forces into the play (at our location, it is held in a velodrome). They still brought a stage and sound system. It was fantastic. To me, it felt like a pure play.

Which brings me back to Luke’s first experience with the Bard: Cymbeline.

Luke and I spent the entire day in Stratford, arriving at 10am, leaving around midnight. We spent a very long time at the Stratford Exhibition. There was no time to get bored there, for either of us.

After dinner, Luke and I went back for a walk along the Avon. I discovered two talents with which he has been blessed.

Cymbeline is playing at the Tom Patterson Theatre. There is very little microphone use by the actors. It reminded me of our Bard's Bus experience. Mr. Antoni Cimolino, the current General Director and the Artistic Director starting next season, directed this brilliant play.

Yes, there are swords. The fight scene is the best fight scene I have seen at Stratford, yet. Kudos to the team who choreographed it. I want to see it again just for that (well, not JUST for that reason, as you will see).

Without the simple set designs, we were able to sit back and be enveloped by the story. This included little Luke. Did he understand the entire play? No. Who does, really? But, he understood the gist of it. If he was reading the text, I doubt he (or I, to be honest)  would have caught on to the jokes.

Luke, even after two straight hours of tree climbing prior to the show, stayed wide eyed for the entire three hours. He even picked up a habit of Braeden’s—when there were shirtless men on stage (ladies, there are many, and that alone is worth the trip), he put his hands over my eyes, too. I wasn’t impressed.

Graham Abbey (one of the shirtless wonders) is Posthumous, and had his first role on the Stratford stage when he was Luke’s age—talk about motivation for Luke. He was in heaven.

Actually, the whole day was heaven for me. As a mom, you know how important it is to spend time with one child at a time. I don’t have to talk anyone into that. Having my children love the theatre as much as I do, seeing their eyes just SHINE while watching a production, understanding the text, discover hidden talents—this day is in the running for the top of my most favourite day ever.

Bard's Bus is doing A Midsummer Night’s Dream this summer. So, we are creating a “Kids for Bard” group in Simcoe. The plan is to take a scene or two and dissect it—scenery, costumes, swords, and the text. We want the kids to see that there is more than just acting—that’s the final product—it’s these other crafts, which can turn a play on its head and help people to understand and appreciate the artisanship of cast and crew.

Shakespeare shouldn’t be something one has to endure in high school English. The thoughts, storylines, expressions of love/hate, (and, I must say, use of midwives) are still applicable to us today. With everything (music, movies, plays, novels), you can find its genesis in Shakespeare. Make it fun for kids. (Stratford has teaching aids on their website. Use them. They are free!) Google for other sites, too.

So, yes, kids can get Shakespeare. Read it with them, take them to a play, make costumes, draw scenery, build an armoury. Shakespeare is magical and that magic can be seen in their eyes, not just the stage.

Sago! (Mohawk for hello). I am married and have 4 wonderful children who I nursed for 3 years each. I am Mohawk and French Canadian, an Aboriginal Midwife and Lactation Consultant. I'm a theatre and literature lover. I also am a photographer for SNAP Haldimand-Norfolk. I have come through postpartum depression twice. I have given presentations on Postpartum Depression, Midwifery, and Breastfeeding on Aboriginal Communities. I'm also a Certified Canadian Red Cross Instructor.