... because kids don't succeed unless ALL kids succeed 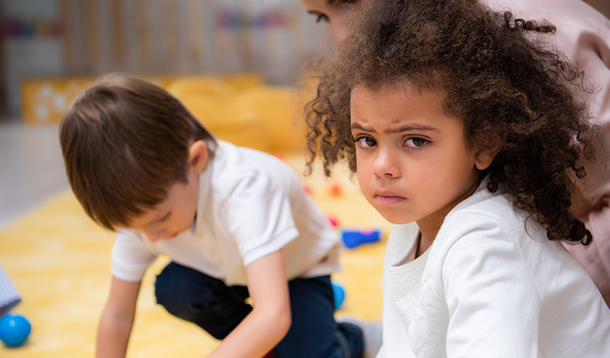 On February 9, the Ontario government announced its plans to completely overhaul their funding for autism therapies throughout the province. Citing their attempt to eliminate the long wait list for funding, the government will spread its money thin, allowing for a little bit of therapy for all families eligible for funding.

The funding changes will come into effect on April 1, 2019. According to the Ontario Autism Program (OAP), eligible families who earn under $250,000 will receive funding based on their income and the age of their child. For children entering the program at age two, they’ll be eligible for $140,000 of funding in total until they reach the age of 18. Kids seven and older will receive up to $55,00 of total funding until they turn 18.

As someone unfamiliar with autism therapies and funding structures, I assumed these new changes were a welcome and wonderful change. More kids receiving therapy seem like a positive solution, and at a cursory glance that’s what is supposed to happen. But there’s a reason why many families impacted by autism, autism therapists, and school boards are vehemently against these changes.

Meghan McCoy, a Registered Behavioural Technician at A Balanced Approach is one of many autism therapists who may not have a job when the new funding structure rolls in.

McCoy shared that the clinic she works for will likely close, since most of the children who receive their services will no longer be able to afford funding through the new OAP model.

“Ontario wide this looks like a lot of jobs lost for many therapists, who love what they do and love the children they work with,” said McCoy.

According to the Ontario government, 23,000 children should be receiving autism therapy and support, but therapists are losing many of their clients because of the new structure. According to many autism therapists, no one wins in this situation.

“Science shows that Applied Behaviour Analysis (ABA) therapy is effective when done intensively.  With these funding changes, children will not be receiving the intensity required to make the therapy effective,” said McCoy.

Alina Kislenko, Registered Psychotherapist and owner of The ADHD & Asperger’s ASD Centre says that the changes to funding will have an overall negative impact on children, with funding amounts far too low to offer much support to families.

According to Kislenko, the government changes might compel parents to consider therapy programs outside of ABA therapy, a change she says might not be a bad thing.

“At our autism centre, which is run by adult autistics like myself, we focus a lot on parental training for younger kids, and teaching parents to create their own home-based behaviour training programs. With ABA funding cuts, people may be more likely to move to these types of treatment options, as they require far less practitioner hours per week to complete,” said Kislenko.

Sheena Thompson, mom to a five-year-old son with autism, is opposed to the changes to the funding model. Thompson’s son, was diagnosed with level 3 on the Autism Spectrum, which is the most severe form of autism. Right now her son attends school, and he is currently on the wait list to receive funding.

“Unfortunately he does find his class size challenging, but since he is not violent he receives very little EA support,” shared Thompson.

Thompson said that once they do receive funding they will likely be eligible for approximately $3,000 annually, a small drop in the bucket towards high autism therapy fees they’re already paying out of pocket for.

Right now, Thompson’s son is receiving six hours of ABA therapy each week, and Thompson plans to increase his hours to 21, which are the recommended number to see real progress. Already, the family is experiencing significant financial strain, and will have to take out loans or pull from their retirement savings in order to afford the astronomical therapy costs.

Leigh LaHaise has also been vocal about the damaging changes to the OAP program. Her six-year-old son was diagnosed with autism just after his fourth birthday.

Matthew started ABA therapy in May 2018, and Leigh says the improvements have been extraordinary. He currently attends therapy three full days each week, and attends school for two days. As of now, his therapy is completely funded by the government.

“He’s finally able to answer limited questions, sometimes with a yes or no prompt. He is using the potty more, and we are hopeful that he will be fully potty trained within the next few months. He’s also started socializing more with other kids on his own,” said LaHaise.

The LaHaise family created an informative video about their son, the importance of ABA therapy, and the changes coming to Ontario. Leigh says she’s worried about the life her son will have without his intensive therapy, and this is a concern for many families whose children are losing the benefits of intensive autism therapy.

Leigh also said she’s scared of what will happen at the schools once children who were receiving ABA therapy are sent to school instead.

“There is going to be a huge influx of special needs kids entering regular classrooms with no supports in place. Many of these kids are flight risks. Will it take a child to go missing or worse before they [the government] realize that this whole plan is a disaster?” Said LaHaise.

At this time Education Minister Lisa Thompson has offered no concrete solutions for schools, despite school boards sharing their concern about the lack of planning and thought that went into the OAC funding decisions.

Now that I’ve spoken with autism therapists, families, and teachers, I see the real concern with this terrible new funding model. Our most vulnerable children are being affected by the poor planning and decision making of the government, who don’t seem to actually have their best interests at heart.

Starting April 1, we’ll see many children lose the funding that helps them to learn basic skills required. These ABA therapies are life-saving and crucial, and children with autism and their families are relying on quality intensive therapy for their children’s future.

Not only that, but schools are ill-prepared for the influx of children with autism, who will require more attention than most schools can offer. Parents are faced with terrifying decisions, whether to quit their jobs, re-mortgage their homes, drain their retirement savings, or simply say they cannot offer their children what they need for a life of success.

Learn more about the funding changes, how you can get involved, and what these changes mean for all of Ontario at the Ontario Autism Coalition.