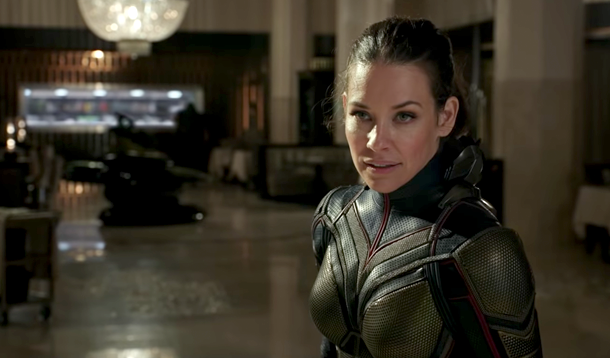 My oldest son has chosen to go as Ant Man for Halloween this year. After many years of making creative costumes for my kids, I am more than willing to let Party City take over. While he does like Ant Man, I think his choice of alter-ego was likely prompted by his little brother’s costume declaration. My five-year-old loudly and proudly declared he is going as The Wasp this year.

The Wasp is a woman. The costume is listed under girls costumes. We will we get to why I hate that in a moment, but first let’s unpack this choice of character. While it may seem odd for a little boy to choose a female character, this is nothing new to my kid. He is not trans (that we are aware of, though we will support him fully if he is) He doesn’t usually wear stereotypically 'girl' clothes (though he could if he wanted to, and sometimes does if something strikes his fancy.) But he does frequently choose female characters. In fact, last year, he trick-or-treated as the Paper Bag Princess.

So what, right? Last year, Trudeau’s youngest son went as Skye from Paw Patrol. Contrary to the beliefs of some, dressing up as a gender different from your own is not pathological. No, the point of this article is not to convince pearl-clutchers to allow their sons to dress as female characters. Honestly, if you’re not okay with them doing that, you are behind the times and it’s on you to bring yourself out of the dark ages.

What I want to know is why it doesn’t happen more often. Little girls have a plethora of male idols and characters to look up to, and it isn’t weird. If you ask a little girl who her favourite superhero is, she will probably name a male character, and that would be understandable since most of the most popular superheroes are male. If you ask a little boy who is his favourite superhero, or indeed favourite fictional character in any genre, he will almost certainly say someone male.

What about Wonder Woman? I can hear you asking it. Yes, Wonder Woman is badass. She had a movie. It wasn’t nearly as merchandised as the others, or marketed towards little boys the way The Avengers are. She was absolutely touted as a hero for women. How often do you see a boy in a Wonder Woman shirt like you do Batman or Captain America?

Why does it matter, though? Who cares if girls look up to girl characters, and boys look up to boy characters? That’s the way it has always been, why should we change it?

Because it extends past the Marvel Universe. It’s wonderful for girls to have strong female role models, but boys need them too. When they look up to fictional female characters, when they aspire to be like them, they begin to see women as equals. They begin to see women as valid leaders. When they trade their action figures for voting ballots, and they see those female names, they will see them as their own representatives, not just representatives for women.

We need boys to see themselves in female idols. We need them to consider women as main characters, heroes, carrying equal weight, being equally worthy of admiration, and being of equal importance.

So let’s ditch the girls and boys sections for Halloween costumes. It’s all pretend anyway. Why does it need to go by gender? Let kids choose characters that speak to them, period.

Don’t worry about whether or not it’s okay for a boy to dress as a girl character for Halloween. It is. It’s not even an argument anymore, so don’t even try it. Ask instead why more boys don’t choose to, and what we can do to fix that.