Canada Needs to Be More Like Holland - Especially Regarding Sex Ed 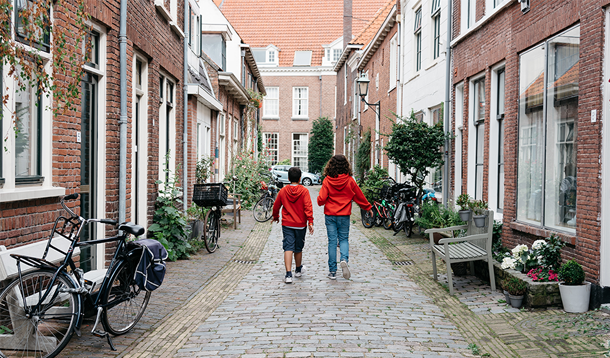 Our schoolboards are cash strapped. Many schools are over crowded. Many more are falling apart. Our current government in Ontario is doing SFA to fix any of those issues and, under new leadership, is running in the wrong direction in ways that can and will affect the quality of education for our kids and the quality of working environment for our teachers.

The updates to the health curriculum was one of the few good things our previous government did. The new government repealing it is screaming from the rooftops that our kids are pawns in a political shit storm that pits hyper-conservative constituents against our most vulnerable children.

I’ve made no secret of my feelings on the Ford government’s decision to trash the new health curriculum. The fact any parents want to hide our young children from knowing or hearing the world ‘penis’ screams volumes about why it’s vital they hear the world penis. That our children are being raised to believe the word carries shame is precisely why it’s VITAL they learn it.

Meanwhile in Holland, (where, we may add, they are happier than North Americans), kids hear the word penis in preschool. SHOCKING! I KNOW!

No, not really. Because little boys have them. So, like, why not use the word exactly? In fact, in Holland, kids are being raised in a shame-free environment where body parts are a part of the body and not some mythical appendage no one sees but everyone just assumes must be there because in books they seem to be.

In Holland, sex ed doesn’t begin in Grade one like it does now in Ontario – much to the horror of far too many people. In Holland, it starts in kindie.

Looking to other countries for examples for what works is always a good way to help inform possible methods for dealing with wide spread problems. Australia banned guns – no more mass shootings! Crazy that!

Holland teaches sex ed to the youngest kids so that they grow up shame free. These children are raised in a society where questions aboout sex aren't dodged like the plauge, the way they are here.

Many parents here in North America are afraid that teaching kids about sex will make them want to have it. Let’s set aside the fact that they’ll hear about sex on the playground or on t.v. or in movies, no matter how much you try to shield them. They will hear about it. Isn't it best they learn about it?

While Dutch kids are typically about the same age as American teens the first time they have sex, “Dutch teens report more positive experiences and fewer partners,” Bonnie J. Rough wrote in her book Beyond Birds and Bees: Bringing Home a New Message to Our Kids about Sex, Love, and Equality about the Dutch approach to sex ed.

Knowledge is power. I didn’t make up that platitude. It’s a thing. In the great words of Dr. Phil, when you know better, you do better. The fact is, that if you know what the risks associated with a lack of responsibility can lead to, you’re more likely to protect yourself.

The Dutch aren’t out-there hippies. They just place importance on open communication rather than hiding and shame. To them, it’s not something that should be hidden, because it’s really all no big deal. What makes these things a big deal is making them a big deal. See how that works?

It’s worth noting that Dutch kids are no more likely to wait for marriage than an American kid – that’s true. But you know what? They’re not doing it earlier and they are doing it safer. So I guess, for we North Americans, it’s worth it to sit back and see what is more important – ignorance or health and safety.

I know what I choose for my family.