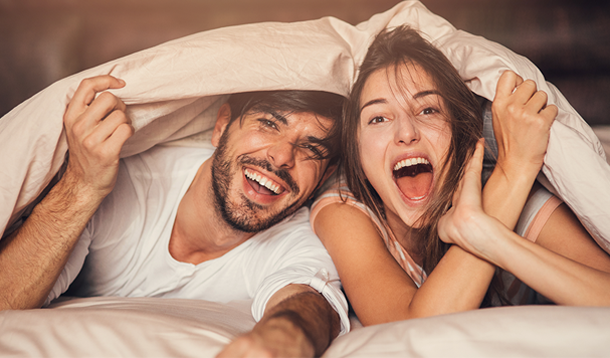 I remember a time, when I was a teenager of 16 or 17, my mom loosened up a bit around me. She eyeballed a prime specimen of hot fit male in his 20s (who admittedly I had been discreetly - or maybe not so discreetly -  checking out myself) and dropped the bombshell, "He'd be fun to take for a test drive." Of course, I had the typical teenage response. I was mortified. Horrified.

Oh my GOD, my mom singed my tender teen ears with the knowledge that she even thought about S-E-X. She replied to me with, "I'm old, not dead."

And that was the end of that.

As an adult who moved far away from my family shortly after I graduated high school, I kind of regret my knee jerk reaction. I shut her down, and I feel like I missed my best opportunity to get to know my mom as a woman. She was Mom, a person who fed, clothed, and cared for me. Not a complex woman who had other thoughts, feelings, aspirations, and - yes - even desires.

Here I am now, at 40, and sure know that I want to be seen as a woman - and not just a mom. But it's hard, sometimes, because once we're out of our 20s, it feels like we're little more than a caregiver with a wallet. I wish I built that bridge with my mom, if for no other reason than some sisterly solidarity now.

There's a billion and one reasons for a woman my age to have a less than pornstar-perfect sex life. Hell, kids cause about half a million of those reasons. And then there's just the reality that I'm getting older, and that is contributing to situations like my knees DEFINITELY starting to get unhappy about certain sex positions. Lube is slowly becoming less of a fun "add-on" and more of a necessity. And sex toys have full-on entered our lives.

One of those things that nobody covers in sex ed is that quite a few women don't actually get a lot of pleasure out of plain ol Penis In Vagina (PIV) sex - and that's not abnormal in the least. There's nothing wrong with you if you don't cum like Lelu Love in a sex situation with zero clitoral stimulation. And while many people believe there's things you can do to learn to love the PIV experience, sometimes as a busy adult with only 10 minutes of uninterrupted kid-free time you just want to get your rocks off and go to sleep. So to speak. And that's okay too.

That's basically how we adopted the pocket rocket. If you've never used a pocket rocket, it's got a lot of great features. It works, it's cheap, and typically it's the size of your middle finger, so it's eminently portable. But it's got some downsides too. It's a bit awkward to use during any sort of traditional position - so you're going to have to be prepared to get creative. Reverse cowgirl, doggy, scissor and more.

Or, you could try a cock ring.

And I thought, I'm getting old. I'm not dead.

I put on my best zero-fucks face. It might have been my imagination, but I rather think the 50-something cashier lady looked approving. I marched out of there, aware I had not a clue what I was going to do with it. But I knew that my husband and I love each other, and together we were going to have fun, even if it ended up being more of a laugh than hot and heavy sex.

Have no fear, it came with a hefty instruction foldout. It was weird looking. It was funny. There were laughs, and then there was hot and heavy sex.

You might be getting older, ladies, or you might still be  young. You might be busy. You might be tired. But we're not dead. Go into new experiences with an open mind. You deserve some fun.

Life is short. Buy a vibrating cock ring, at least once in your life, and take it for a ride.

RELATED: Your Guide To Period Sex