Our rabid obsession with “having it all” wastes time which could be devoted to enjoying what we do have. 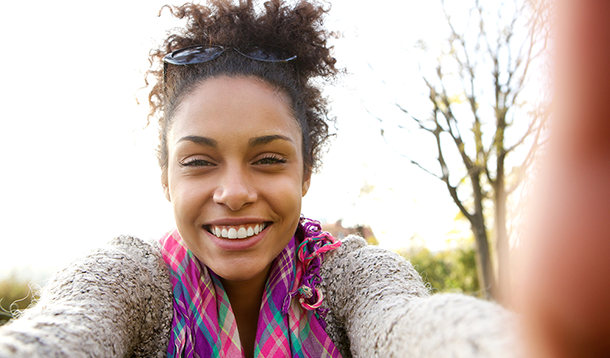 Our rabid obsession with “having it all” wastes time which could be devoted to enjoying what we do have. We need to re-frame our thinking from wanting it “all” to finding contentment with having “enough.” “All” is definitive; it is everything, entirety, completion. “Enough” is more subjective and it allows and accounts for flux. It is capable of change and varies according to time and place and personal desire. What I want (and strive for) is to have enough. No one needs it all; that precludes many from having any.Hey! Look at me, the crazy lefty!

Each decision we make removes space for another alternative, and the best anyone can hope for in life is that the sampling they chose comes with enough to satisfy.

Some child-free by choice adults get upset with parents, and their points are often valid, because frankly, even as a parent I find some other parents to be a bit much. But calling parents “breeders” or referring to a group of mothers as “The Stroller Mafia” is antagonistic and does nothing to promote reasonable dialogue. It’s also demeaning and equates women who are mothers to farm animals. It’s disgusting and unnecessary, and it’s meant to incite anger.  Conversely, parents often view the “child-free” life as one which comes without responsibility or one where those who choose it have no priorities other than working.

Perhaps we believe this because before our children came, that was our life too. But then we grew up, and we got jobs and bought homes and had bills to pay. We became adults with responsibilities. But, as we may forget, so did our child-free counterparts.

Maybe your decision not to have children was formed by the lives you saw your parents lead. Perhaps you don’t like kids or the trail of chaos they leave in their grimy-fingered wake. They are indeed loud, messy, at times difficult and unreasonable. They will cost you money and sleep, they will break your lovely things, they will ask inappropriate questions at the worst times and they will mispronounce words to sound like inappropriate slang and then scream them in the produce aisle at Superstore. They will sometimes make you want to run away screaming and never look back.  And yet I struggle to think of a valid reason or legitimate instance where it is okay to ask anyone – male or female – why they don’t have children. It’s rude, it’s intrusive, and quite frankly, it’s none of your goddamn business.

Choosing to have – or not have – children is a personal decision and why or how an adult comes to that conclusion is probably one of the most personal decisions one can make. But this doesn’t make the conversation taboo and if the parties are willing to discuss it, it can lead to greater understanding between the camps. I firmly believe that more people have children who shouldn’t than those who chose not to and should have, and if this choice to remain child-free were made “okay,” there would be many happier people in the world.

I love my kids and I’m glad they’re here. I wanted them, I welcomed them and I love them. But they have changed who I am and not always in the best ways. I now worry with a depth I would not before believed existed, over things which a non-parent may think are ridiculous. Child-free people can love an intensity as strong  as parents do, and having a child does not magically grant you additional heart space with which to care or feel or matter. But it is also true that non-parents will never understand how I feel about my children. They won’t know the strength of my sadness and why I cry when I catch a glimpse of my son’s profile shot through with sunlight; when I see the outline of his small nose and how one day soon the time will come that I am no longer the only woman to touch that nose with affection. I will only have been the first, because one day he will fall in love with a woman not myself, and he will leave me and I will be changed forever.  Or how my daughter reminds me of the girl I once was; fierce and smart and funny in a world which does not necessarily appreciate those traits in its women. Or how now, as her mother, my energy goes to changing her world, not my own.

RELATED: If Everyone at Home is Happy but You, They've Got a Problem