A Woman in Men's Briefs 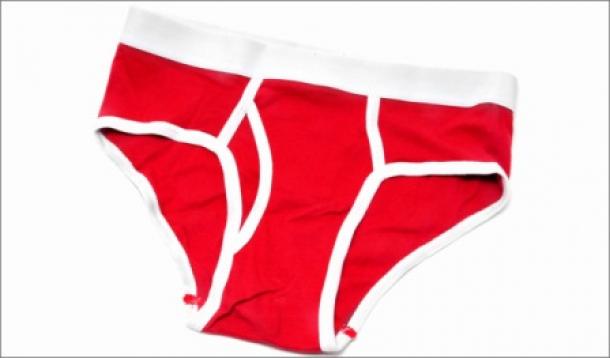 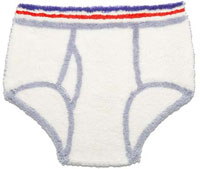 I wear men's underwear.  Only two people know this secret; my husband and my coworker.

I'm not talking about a pair of men's boxers worn to bed at night, but men's tightie whities worn during the day. Although I actually prefer coloured as opposed to white. This is not so shocking as a man wearing women's panties; right? Or is it? Are you disgusted or revolted?

It began during my first pregnancy when I discovered they covered my expanding belly and the ample rear I had developed. Truth be told, my backend has always been ample which could be why I continued wearing the underwear after my pregnancies.  And for the record, no my husband and I do not share the underwear, he just happened to buy some that did not fit right for him and now they are mine.

Here is why I continue to wear them:

The briefs cup my cheeks ever so nicely and because they fit provide such a nice fit under my cheeks, I have no panty lines. This makes them great to wear with athletic pants.  And as a mom I spend a lot of time in athletic wear even when I'm not working out.

They are thicker; so they add a little more warmth when needed during the winter months.

Along with the coverage and warmth; they are oh so comfy; especially when you are relaxing at home after a hard day of work.

Is wearing men's briefs for everyone?  No, probably not. If you enjoy your g-string and thong; then don't try them. While I can't wear briefs with all my pants, I have worn them under a skirt. I have even thought of submitting a more girly; sexy design to a major Canadian athletic company for other women who wear briefs beneath.

Even after announcing my secret to the world, I will probably continue to wear men's underwear but at the same time, in the back of my mind, I always wonder what would happen if I got in an accident and they had to cut my clothes off.  What would they think?

But then I remember the old adage and know that it doesn't matter...so long as they're clean.

Robyn is a mother of two fantastic kids. She tries to maintain and update her blog Robyn's Nest on a regular basis, time permitting. Her other job is as a Montessori Directress.