Too Beautiful for Earth: A Mother's Stilborn Story

5 Years Ago My Life Forever Changed 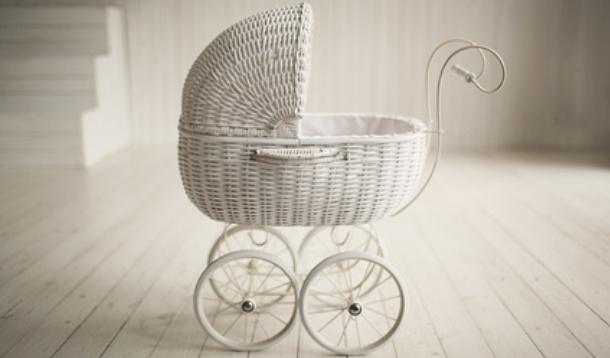 I was 27 weeks pregnant, and going in for another ultrasound. The doctors ordered a special one because it looked like I had placenta previa, and they just wanted to check up on it. I remember the night before my appointment I felt scared, I had a sick feeling as if something wasn't right. I guess you could call it mother's instinct.

That is what the ultrasound technician told me as I was working up the courage to ask her to double check that it was a boy (our tech at 18 weeks wasn't too sure).

"I'm going to ask you to sit in the waiting room as I call the doctor's office."

I'm not sure how long I was sitting in there for, but it felt like hours. I had no cell phone, I couldn't call my husband (then fiance). I just had my thoughts. My thoughts, my fears, and my bargaining. I remember thinking to myself, "Well, maybe he only has one arm," or "Maybe he has dwarfism, that's fine." I was actually pleading in my head that that would be the case. I know it sounds off and a little strange, but I was a 20-year-old, soon-to-be mama, who just wanted her baby.

Finally I was given privacy, and after waiting a half hour, the doctor on call came in. It took him fifteen minutes to finally come out and say it.

"Your baby is dead."

Three days later I was sent to a bigger hospital to give birth, and I was terrified. The thought alone was awful in itself when I had a reward at the end. Doing it for nothing was heartbreaking. After twenty-two hours of induced labour, I gave birth to a still baby boy. We named him Christian Mattias. There were so many tears—not just from me and my husband, but our nurse as well. Her name was Kelly. I will never forget her and I don't think she'll forget me either. I was her first "stillborn."

It took two days for me to work up the strength to hold him. I realized that the funeral home was going to get him and I panicked. We made arrangements and drove into Red Deer. I am so glad we did—it would have been the biggest regret of my life. Same with photos. I read that even if you don't want to, taking pictures for yourself is a good idea. I now have those photos in a private album in my home, they're very special to me.

This July will mark five years. In five years, I have only been seen as a "mom of one," or before Carter, "without child," and it's a hard subject. I'm still dealing with my son being stillborn, and I am a mother of two. I usually don't correct people because it just makes everyone feel awkward, but I think it's important to note.

I didn't write this to depress everyone, I wrote it because before I was sent to the hospital to give birth I read stories, it helped me cope. I still read people's stories—I cry with them and it helps me deal with my feelings. Every story I read left me something to remember, and I wanted to leave something for you to remember. A friend of mine, Laura, wrote me a quote when she sent me a condolences card and I carry that quote with me every day:

An Angel from the Book of Life Wrote down my baby's birth, And whispered as she closed the book "Too Beautiful for Earth"

See how another mother in our YMC family dealt with living through a miscarriage. Read about this peaceful place in Victoria where parents and families can grieve the loss their baby.
Category:
Pregnancy
Tags:
randa derkson
stillbirth
stillborn
miscarriage
dealing with miscarriage
coping with stillborn
baby
babies
losing a baby
losing a pregnancy

Randa is a work-at-home mom who resides in Northern, British Columbia. When she's not chasing her four-year-old son and scrubbing crayons off the wall, she's blogging over at The Bewitchin' Kitchen. She loves to cook, travel, has a passion for health and wellness and enjoys to sit on the patio during the summer with a glass of riesling.