Teach Your Daughter to Code (Yes, You) 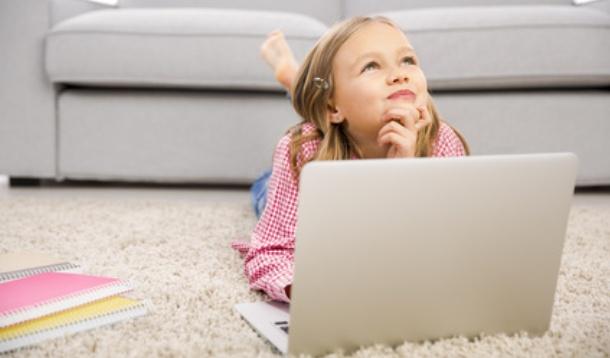 It turns out that our girls are really good at coding, but it's not enough just to teach them to code. My friend Lev Brie, who is a professor at the University of Columbia and teaches Intro to Java, tells me about his office hours with computer science students.

When the guys are struggling with an assignment, they'll come in and they'll say, 'Professor, there's something wrong with my code.'

The girls will come in and say, 'Professor, there's something wrong with me.'

This quote is from a TED talk given by Reshma Saujani, founder of the program Girls Who Code. In her talk, "Teach Girls Bravery, Not Perfection," Saujani first told the audience about her failed run for Congress at the age of 33.

"Now, before you get the wrong idea, this is not a talk about the importance of failure. Nor is it about leaning in. I tell you the story of how I ran for Congress because I was 33 years old and it was the first time in my entire life that I had done something that was truly brave, where I didn't worry about being perfect."

And that right there -- Saujani's 33 years of trying to be perfect -- is exactly why I'm learning to code, and it's why mothers should teach their daughters to code, too.

Let's start at the beginning.

I'm sorry, but what is coding?

'Code' is how tech-savvy people talk about the world of computer science and website design without causing the rest of us to dissolve in a pool of confusion. 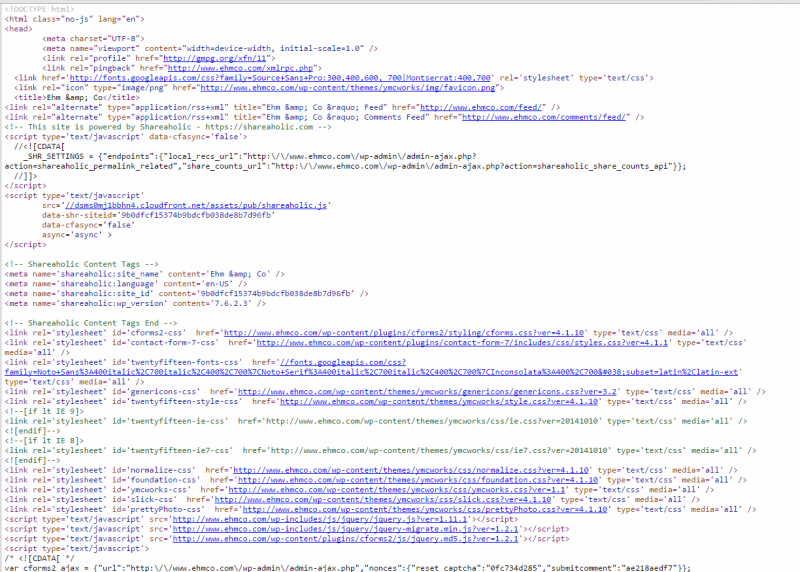 Because of coding languages like HTML and JavaScript, you're able to look at this page and see a bunch of pictures, colors, and clickable icons. These languages are used to create all the mobile apps on your smartphone, and our world is fast turning into a place where even Barbie has a legit Smart (Dream) Home. Coding languages are making it all happen.

And remember: coding means never having to say you're sorry.

How many times have you begun a question with the phrase, "I'm sorry, but..."? Putting aside the true-yet-annoying stereotype of Canadians being way too polite, there's an undeniable trend that teen girls and women say "I'm sorry" before asking a question far more often than boys and men.

I first noticed this trend in college, and I noticed that I was falling into this trap, too. Boys in my classes never apologized for having a question, whereas girls would consistently apologize before even verbalizing their question. When I first started filtering out my pre-question apologies in class, I felt really uncomfortable and rude.

It's not like anyone ever forced me to apologize for asking questions, so how had I developed this stupid habit? I also knew that I wasn't actually sorry for being polite and raising my hand in class to ask a question, nor was I sorry for not understanding something. So what was I apologizing for?

It started when I was little. I stressed out because, at five years old, I couldn't cut a perfect circle out of square piece of construction paper. I stopped playing sports -- all of them -- because I just wasn't good enough.

When I was younger, I wanted to be a mechanical engineer like my Daddy. But when concepts in math started to get tougher, and when I was no longer at the top of the class, I stopped liking math. In a matter of years I decided that English was my favorite subject, not because I really enjoyed it, but because I was good at it.

I'm not alone in this, either. Three out of four girls in middle school will express interest in a STEM subject (Science, Technology, Engineering, Math), but when they get to college and choose a major, only 0.3% of young women will choose computer science.

I was fortunate enough to have forces in my life that drove me to be more creative and brave despite my aversion to imperfection, but I know that many girls do not have the same.

One survey from Seventeen and Yahoo! found that 74% of young women, ages 13 to 21, feel an intense pressure to be perfect.

And we now know that all those challenges in the classroom and extracurricular activities are really important, even when they can't be represented in a numerical grade. Girls who play sports in high school are three times as likely to graduate compared to non-athletes. Unfortunately, by age 14, girls start quitting sports teams at twice the rate that boys do.

Research shows that female brains tend to have a bigger connecting area between the two sides of the brain (which is called the corpus callosum). This means girls are more likely to use both sides of their brains equally; we're just as likely to excel in mathematics as we are in music. And yet, a study in the Journal of Language and Social Psychology found that parents talk about "number concepts" with pre-school aged boys twice as often as with pre-school aged girls.

Wellesley College, an all-female university in the United States, sees more alumnae pursue science and engineering doctorates any other liberal arts college in the country. But researcher Linda Carli found that men and women both tend to perceive white males in the STEM industries as the most competent.

Wellesley College, an all-female university in the United States, sees more alumnae pursue science and engineering doctorates any other liberal arts college in the country. But researcher Linda Carli found that men and women both tend to perceive white males in the STEM industries as the most competent.

Kristen Knepper hit the nail on the head in her Huffington Post article, "Don’t Believe You’d Pay a Woman Less? Here’s What You’re Not Considering":

"Women have defused awareness, meaning we are simultaneously aware of everything in our environment. We move from task to task, focusing on what needs to be done because we are constantly aware of everything that must be resolved. Because men are linear thinkers, meaning they tackle one task at a time, they do not issue spot with the same awareness."

Knepper then gave a pretty good example that I'm sure we can all relate to:

"If you send a man out for milk, he will bring home the milk, set it on the counter, and announce, 'I brought the milk!' If you send a woman out for milk, she will also pick up toilet paper and cat litter, and casually mention that she noticed you were out while she puts away the groceries.

“That’s the difference between diffused and linear awareness.

"Because 78% of executives are men," Knepper continued, "they do not realize that female employees quietly took care of multiple issues before they morphed into problems. And what goes unrecognized also goes unrewarded."

And when substantial accomplishments go unrewarded and unacknowledged, what's left to think but, "Obviously I wasn't good enough"?

Now, back to Girls Who Code.

This fear of imperfection is exactly what Reshma Saujani was talking about in her recent TED talk. When she realized at age 33 that she had been terrified of imperfection her whole life, she wanted to make sure that the next generation of girls had a chance to learn the benefits of imperfection.

"Coding, it's an endless process of trial and error, of trying to get the right command in the right place, with sometimes just a semicolon making the difference between success and failure," she explained.

"Code breaks and then it falls apart, and it often takes many, many tries until that magical moment when what you're trying to build comes to life. It requires perseverance. It requires imperfection."

Her program, Girls Who Code, has become a huge success in the United States. Its Summer Immersion Program began back in 2012, with just 20 girls in a single classroom. Since then, the program has expanded across nearly a dozen cities and over 10,000 girls have graduated from the program.

And if increased confidence isn't a strong enough sell for learning how to code, consider the multitude of job opportunities that become available to young adults. Hundreds of Girls Who Code alumnae have gone onto internships and jobs at companies like Facebook and Microsoft, but countless small businesses across the world are in need of website developers, IT analysts, and security experts. There are around five billion individual webpages in existence today and about 82,000 new malware threats every single day; we have never had such a need for talented and creative workers in the tech industry.

And that's why girls should learn how to code.

For all of the reasons above, I've decided to start learning how to code and I really hope that I can influence some of you mummies to join me. Most importantly, I hope you encourage your daughters to do the same.

There are tons of coding and programming resources available online, making it easier than ever to become a Girl Who Codes. Here are just a few of my favorite sites, but if you have any other suggestions, I'm counting on you to add them in the comments section below!

Learn JS and Learn Python: These two sites are simple tutorials but both have a convenient section at the bottom where you can input your code into a small window and see how it would appear on a finished page.

Category:
Work
Tags:
girls who code
stem for girls
programming for women
can girls code
where can I learn to code?

As an introvert and language nerd at heart, Shannon's natural place seems to be behind a notebook, cozied up in flannel, writing about the awkwardness of everyday life. From mental health issues to filing your taxes, she's cool with tackling the tough (and sometimes boring) topics with enough sarcasm to lighten the mood. She loves spending time with her crazy Irish family but has a special place in her heart reserved solely for her "furbaby" rescue dog, Aoife. Her other interests include consuming as much tea as physically possible, knitting little dog sweaters, and writing about the passions, successes, and problems of young women and mothers across the world.