People are worried about safety, especially for LGBTQ families 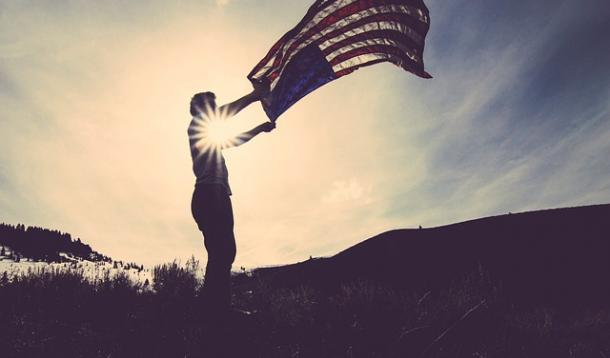 Florida is like a second home to me. In my early years, we would make the long trek from Toronto by car, watching from the windows as the scenery changed from snow banks to fields of green. We frequented the area of Venice, Florida, which is about 30 minutes south of Sarasota. There’s a tiny spot called Casey Key where my family has spent hours scouring the beach for shark’s teeth.

Now a mother with two young girls, we continue to visit the same area of Florida. It’s magical to me to be able to take my children to the places that hold so many memories of my own childhood.

I know other Canadians can relate. “Over the years we've travelled to the US many times,” says Ottawa resident Lilly Bianchi. “We've travelled to Key West, New England, camped in the White Mountains, hiked in Vermont, taken road trips to Cape Cod and down the eastern seaboard as a far as Charleston.”

Lilly’s travels have included her two kids (now 19 and 16), and her partner Céline Goodrich. Lilly and Céline have only had good experiences traveling in the US, but have been a little bit cautious when choosing to disclose their same-sex marriage. “As a lesbian couple with kids, we are optimistic that people will be open-minded and welcoming,” says Lilly.

But over the past year, many LGBTQ families have felt their optimism waning. As the alt-right movement gains in strength and visibility, Lilly worries about safety. “When it becomes possible to voice bigoted views so openly and so easily… our worry is that this only opens the door to discrimination and even violence against other groups that don't fit the white, Christian, heterosexual ideal,” says Lilly.

It was a trip to Florida in the winter of 2016 when I first felt the winds of change. Or maybe I should say lawn signs of change; big blue lawn signs with the word “Trump” front and centre. I chatted with locals on the beach, and they cautiously asked me what I thought of the looming election. “Well, it’s certainly interesting!” I would say, worried about the appropriate response.

Like many Canadians, I woke up on the morning of November 9, 2016 and had a good cry. And in the weeks since Trump has taken office, I have shed many more tears as I try to grapple with the changes taking place in the US.

But mostly I’ve wondered what I can DO. How can I affect positive change? How can I support my neighbours to the south, while taking a clear stand against racism and discrimination?

One way many Canadian families are taking a stand is by boycotting travel to the US. Canadians make up the greatest proportion of all travelers to the US, and our actions could have a significant impact on the tourism economy. When I polled friends online, I received an overwhelming response; about three-quarters of the comments were in favour of a travel boycott.

The trend I see with my friends is backed by real numbers. I contacted Emily Fisher, the head of communications for North America from Cheapflights, to ask her about trip searches for the weeks following Trump’s travel ban. Emily says that the volume of flight searchers from Canada to the U.S. over four days at the end of January had decreased 27%, compared to the average volume for the preceding three weeks. Emily also commented on the trend showing an increased interest from Canadians for other destinations such as Vietnam, Taiwan, Greece and South Africa.

When I dug deeper, I found that many families were boycotting for moral reasons. Julie Wormsley commented: “Realistically, my husband and I are cis-gendered, white, straight appearing and married. Our children are also white. I'm pretty sure we would have no issues, but it's more the principle of the thing. My privilege as a member of the above groups would most likely keep me and my family safe, but I refuse to support a place where so many are not safe.”

Other parents don’t feel that moral arguments hold much weight. Emily McMahon* is a mother of two, and has no plans to cancel their US vacation this year. “When [Trump] was elected it was the first I heard of individuals cancelling travel plans as a means to boycott,” says Emily. “I was curious to find out if the same standards were applied to other countries or if it was just in response to Trump.” Emily found that most families were boycotting in response to Trump, while trips to other countries with questionable human rights issues were not afforded a similar boycott.

A travel boycott will certainly have an impact on the US tourism economy. “We love our Canadian customers,” says Karen Tines, owner of Yummies Doughnuts in Venice Florida. “In fact, being the tourist destination that Venice is, we welcome people from many countries. We truly hope that Canada and other friendly countries do not boycott travel to the US, as it would definitely hurt our bottom line.”

So what’s a Canadian family to do? Do we join the protestors, or carry on with travel plans in support of small businesses that depend on the tourism economy?

Staying put in Canada seems appealing, and our 150th birthday celebrations this year offer a lot of fun opportunities for travel in our own country. That said, flying to the other side of Canada can be more expensive than traveling down south, and we don’t have options for a winter getaway in the cold north.

At this point I’m waiting and watching the politics unfold, with no plans to travel south in 2017. The Mickey Mouse hats are packed away, but my dreams are filled with palm trees and pelicans.

*names have been changed to protect identity

RELATED: It’s Not Going to be Okay

Misty is a freelance writer with Chickadee Creative and voice for the Ottawa blog Kids in the Capital. A part-time health researcher with the Ottawa Hospital Research Institute, Misty manages giant spreadsheets and is passionate about evidence-based medicine. A mother to two young girls and owner of one adopted pug named Moose, Misty shares her life with a beloved husband and partner-in-crime.

When she's not writing, you can find Misty out in her giant vegetable patch, in the kitchen experimenting with the latest health craze, or trying to unwind with some yoga (a good bottle of wine also does the trick!)