East of Eden Part 4: Cape Breton and the Cabot Trail 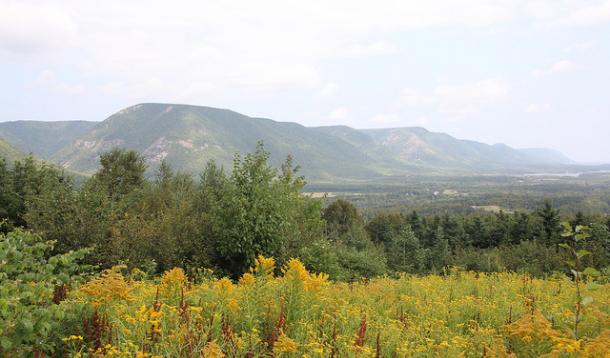 “Shouldn’t the boat be bigger than the whale?”

I don’t often find myself agreeing with my precocious eight-year old daughter but her logic seemed inescapable to me on this point. Standing at the pier for Captain Mark’s Whale & Seal Cruise on the north coast of Cape Breton Island, the two grey and orange zodiacs bobbing lazily in the salt sea strike me as woefully inadequate for an itinerary that I’ve been told routinely involves close encounters with massive cetaceans.

Earlier in the week we boarded the morning ferry in Wood Island, PEI for the seventy-five minute sailing to Caribou, Nova Scotia. Upon disembarking, we immediately tacked north east cutting through the town of Badek, Nova Scotia for a quick stop at the fascinating museum marking the Alexander Graham Bell Historic Site.  Zig-zagging our way from the tiny town of Ingonish through the emerald hills of Cape Breton Highlands National Park we arrive at the northern coastal outpost of Pleasant Bay.

The first thirty minutes of our marine safari has been a disheartening criss-cross of seemingly empty ocean populated only by the occasional sea lion and a lone bald eagle gliding lazing overhead as we squint our eyes vainly searching for whales. The Captain, grim-faced and disappointed, blames the choppy seas as our tiny zodiac is tossed casually about the growing waves. I muse aloud about the lone sail boat I spot off in the distance, “I can’t believe someone would try to sail so far from shore through this.” The captain snaps about with a pair of binoculars already glued to his eyeballs.

“That’s not a sail,” he says trying, but failing, to suppress the thin smile that escapes his lips. We speed in the direction of my “sail boat” and watch as a massive humpback bursts out of the slate gray froth, suspended in mid-air for what seems like seconds before crashing violently back into the water. Our tiny zodiac pitches and rolls through a series of miniature tsunamis as the whale surfaces again and again slapping the water with its gargantuan pectoral fins until every passenger on our rubber skiff is happily soaked to the bone by the cold ocean spray kicked up by the whale. 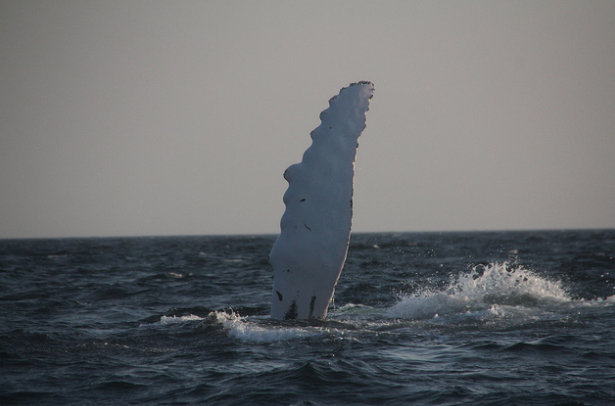 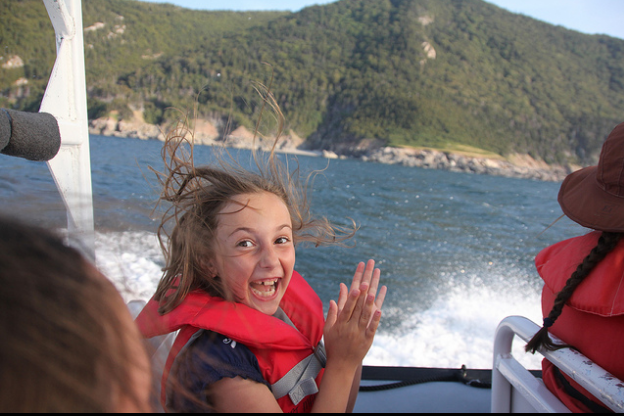 We return to shore and decide to warm up with a brisk climb along the Skyline Trail — perhaps the most popular hike amongst dozens of incredible wilderness paths that dot the winding peaks of the park. From our vantage point high on a hill the ocean stretches on like an infinite azure blanket rolling gently into a horizon steadily reddening from the impending sunset. The road we took to the trailhead appears as a thin ribbon of asphalt circling the cliffs of the surrounding mountainside like a black sash winding around an impossibly green dress.

Each day we venture deeper into the park completing a circumnavigation of Warren Lake before stumbling upon our own private oasis at Mary Ann Falls. Despite the biting cold of the water, we strip down to our bathing suits and allow the downpour of the waterfall to pound against our heads. When it’s finally time to move on there is a real sense of loss as trees and meadows give way to street lights and coffee shops. 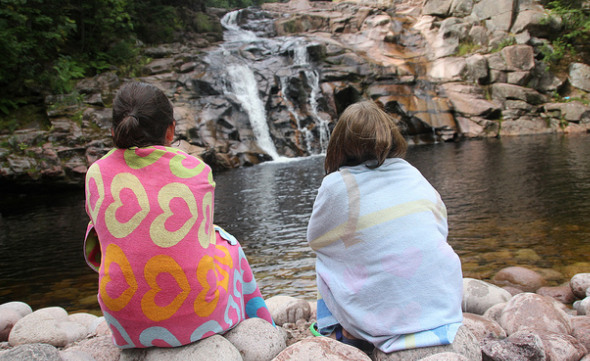 Our return to civilization is tempered somewhat by a transitional visit to Glen Breton. Canada’s only single malt whisky producer offers charming accommodations in a series of chalets set high on the hill overlooking the distillery. Morning brings a dazzling sunrise and a few drams of fine spirits as I tour the facility which bears more than a passing resemblance to its Scottish cousins. Switching over to our designated driver, my wife guides us to the Celtic Music Interpretive Centre in Judique, Nova Scotia. I grab a fiddle and scratch out a painful tune as my girls learn to tap out a traditional Celtic jig.

Crossing the causeway that separates Cape Breton Island from mainland Nova Scotia, I reflect on the Scottish-Canadian mash up that marks this island. Stiff winds blow across violently raging seas sending plumes of salt spray into the verdant greenery; it’s highly evocative of my recent time on the Scottish links. Restaurant fare includes fresh local sea food followed by maple syrup desserts as you wash down a shot of Canadian whisky and take in a Celtic ceilidh. The cultural flavors are so deeply intertwined I’m left wondering whether Cape Breton is a little bit of Scotland right here in Canada or indeed a slice of Caledonia that somehow washed up on the Canadian coast. This ambiguity is the island’s greatest charm — mixing homegrown familiarity with a healthy dash of foreign adventure.

See the rest of the photos here.

From the depths of a national park to the heart of the city, stay tuned for the next installment of East of Eden as The Crime Traveller and family hit a crush of museums in Halifax and drive across Nova Scotia to the bucolic fishing village of Digby.