Are You Talking to Your Teens About Their Apps? This is How to Start.

The lack of rules for new technology makes staying out of your child's business completely potentially risky. 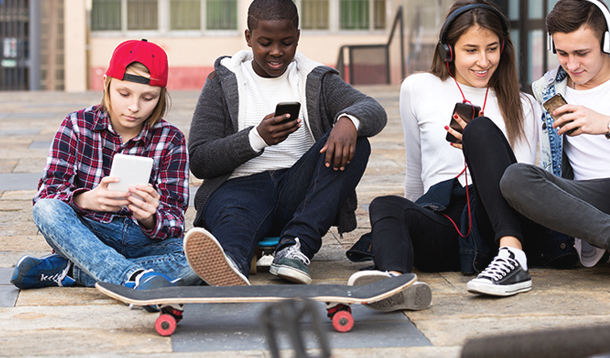 There is a lot of advice out there about how parents should handle their kids’ online lives. I have read articles advocating that parents should have every password for every one of their kid’s apps and check them often. I have seen people who advocate a completely hands-off approach. My philosophy lies in the middle: allow kids to develop independent lives but ensure we are helping educate and guide them to do so safely.

I often liken social media and technology to underage drinking. You can tell your kids not to drink before the legal age but there is a high likelihood they are going to do it anyway. The better bet is to teach them that if they are going to drink at a party, make sure they don’t drive and they also don’t drink so much that they lose control of what they are doing.

Lots of studies, and every teenager I have asked, reveals that when a parent has access to a kid’s passwords that child will create additional secret accounts which their parents do not know about. Imagine if your parents were reading through a diary you may have kept as a teen. Would you actually divulge your deepest secrets in there? On the other side, the lack of rules for new technology makes staying out of it completely potentially risky.

Teens use a lot of apps and the landscape is changing daily. My #1 recommendation is that you ask your kids to show you what they are using and how they use them. This can be the starting point for any dialogue. Even if your kids use the same apps as you do, it may surprise you to learn that they use them in different ways. Have them show you examples of accounts they follow and ask what they like about them.

I also recommend a contract for any digital devices they use. This sets expectations on how and when they can interact online and gives them accountability on their choices.

So what types of things should you be worried about? I have divided most of the major apps in to 4 types below that will further help guide your discussion.

Apps with an audience

The social networks that cater to group-sharing include Facebook, Instagram, Twitter, YouTube, Vine and even Snapchat. In all cases, people make posts for which they chose the audience. Friends and followers can show appreciation for the post by ‘liking’ or ‘favouriting’ it. YouTube, Vine and Twitter are typically always public.  Most celebrity following is done here. Instagram and Facebook can be made private but almost every teen admits to having people in their closed circles that they don’t really know. Snapchat can be one-on-one or has a feature to post stories that anyone can see.

These apps allow people to speak one-on-one or in small groups. Popular chat apps include WhatsApp, Kik and Facebook Messenger. Unless you want to overtly spy on your kids, you won’t know what they are doing in these apps. New apps like Yellow allow you to connect to strangers via Snapchat, like Tinder for teens.

A teen favourite and an adult nightmare. These site and apps allow kids to post anonymously which then becomes a breeding ground for bullying. Ask.fm users post public profiles which get anonymous comments. YikYak is an anonymous message board divided by schools. Omegle sets you up in chat rooms with strangers. For more information on all of these, I wrote an entire blog on the risk and allure of anonymous sites.

These apps appear on your kid’s device as something innocuous like a calculator, music player or even a repository for cat pictures. With the right set of keystrokes, the app ‘opens’ up and can house a trove of private files, chats and pictures.

RELATED: The Sneaky Secrets of Your Metadata: What Are Your Apps Giving Away?