Pay tribute to your dearly departed. But not like this. 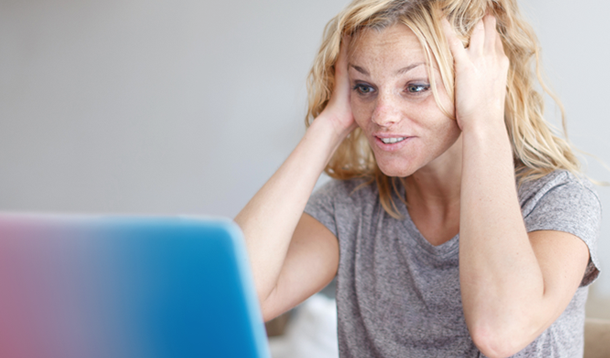 To tag or not to tag, that is the question.

Social media is a way for people to express themselves to a wide audience, whatever the message. One can advertise their accomplishments, enlist the help and advice of friends, declare their love, post pictures of children or pets. The possibilities are endless!

But you have to admit there are some posts that are straight up awkward.

Take vaguebooking, for example. When people post vague references to having been at the doctor or hospital – either post the whole story, or don’t post at all! Are you posting without details just so people will inquire about it?

Hands down, however, the most uncomfortable posts deal with the issue of death. I understand wanting to pay tribute to someone who has passed away, using social media as an outlet to let the world know what someone meant to you and even share memories of that person. What I don’t understand, what I will never understand, is why people feel the need to ‘tag’ deceased people in their statuses. It’s cringe worthy to see posts like that, and lately, I’ve seen it a lot.

Perhaps people want to use that person’s Facebook as a sort of new-age guestbook, where people can share their beloved memories, write that post on their wall and pay tribute. Maybe I’m living in the past, but if you truly want to offer your condolences over someone’s loss, a conversation or face-to-face visit would be a better way than posting it on social media, especially during such a difficult time.

And the tag? It’s just creepy.

If the deceased person is someone close to you, maybe let Facebook know that the person has passed away and eventually have the account deactivated. I’ve seen examples of someone who has been deceased for years, and their Facebook account still exists. Some family members even log in and change that person’s profile picture.

There is no reason a deceased person needs to be tagged on anything. After their passing, there is also no reason for their social media accounts to continue to exist.

RELATED: Can We All Please Stop Driving Like Complete A-holes?

Cassandra Scrimgeour
Cassandra is a mom of a sassy 5 year old daughter and a 1 year old son. Her life is a constant battle between the gym and junk food. She will never give up chocolate. Or sugar. Her chocolate chip cookies are locally renowned and enjoyed. She loves writing, reading with her feet up and when her daughter goes to bed without a fight. She is opinionated, often sarcastic and has knack for remembering more movie lines and Simpsons quotes than anyone has any use for. She has a personal blog https://cassandrascrimgeour.wordpress.com/ and can be found on Twitter @cassandystweets & Instagram @cassandyspics