How to recognize the signs and symptoms 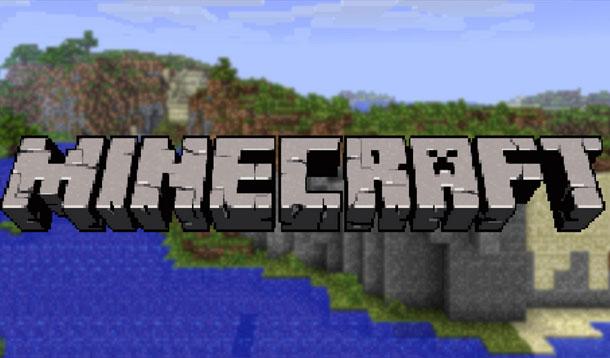 Last week, new rules had to be passed around both houses for the amount of Internet connectivity my kids can enjoy on a weekly basis.

Don’t get me wrong, I take exaggerated pride in my kids’ heightened adoption of all things digital, and I do appreciate the value it provides them intellectually, creatively, and emotionally; however, when Minecraft and its creepers entered my son’s virtual life, his real life took a back seat. Waaaaay back!.

What started as a “ look daddy, it’s a fun app for building structures and digging tunnels,” became an open-source addictive global franchise with no limits but his own imagination—and for a nine-year-old, there is ABSOLUTELY no limit when it comes to imagination.

Remember teleport? Well, it’s finally here. And the portal into the other unworldly dimensions is called: Minecraft.

I’m sure many of you parents out there will relate to this—when my son is playing Minecraft, he is physically still here (looks the same, sounds the same), but his mind and spirit have transcended into this other world where he can live for hours uninterrupted, building alliances, friends, and foes, and stretching his creativity and cunningness to rule this new-found world. A world ruled by a god called Steve. Seriously, now?

Millions of players worldwide, of all ages. Millions of walk through videos giving tips on how to build this and construct that.

All good, who doesn’t like a digital success story? Well, in this specific case, ME!

The anything-goes virtual world of Minecraft has rendered everything else my son was used to doing as a boring, stressful waste of time.

So, hello, my name is Duri, and my son is a Minecraft-a-holic. His mom and I had to do an intervention phone-session with him last week. For a nine-year-old!

So, let's talk about the symptoms and, parents, I would love to hear your take on this:

So, both me and his mom are taking our nine-year-old on a journey to Minecraft rehab—one where he can only play two hours each weekend day, no video games on weekdays, read more books, and exercise his body senseless in sports and other outdoor activities—anything that can offer a more healthy outlet of all that creative energy.

When Second Life first came out around ten years ago, the founder had a vision to what might be if humans decided that a virtual life of connections and accomplishments would one day replace real life. We all know what happened to his venture back then. It failed. Because there was no critical mass of digital native generation back then, it was only mainly adopters.

Today the rules have changed. A virtual world offering a digital native population a limitless experience of connections and achievements can clearly live long and prosper.

Our generation (the backwards!) is still calling the shots today, so we are intervening in the lives of our digital native kids and bringing them back from their virtual worlds. But in 10-20 years, when we no longer call the shots in the lives of the next digital-native generation of leaders, the world will become a very different place. A place where relations are formed on Tinder, careers are built and grown with virtual colleagues and managers they’ve never met, and lives forged and enriched through pay-per-value tokens and gems. Maybe.

Are you raising digital native kids? Are you taking your kids on a tech rehab ride? Fighting the Minecraft creepers? Would love to hear more about your similar experiences!

Here are some great ways to get your kids to disconnect from tech, and join the Tech Timeout Challenge.

A true digital native with a BA in Economics and a Masters in Information Systems, started his digital career in 1998. VP Social Media - North America at Blast Radius.

Before joining Blast, Duri established and ran the Ogilvy Canada social media division where he managed with his team building the long-term social strategy for leading brands such as: IBM, Kraft, Unilever, Government of Ontario, and executed over 20 highly acclaimed proactive & reactive social media campaigns. One of his highly acclaimed campaigns was TASSIMO which became a case study in Scott Stratten's best-selling book: “UnMarketing”: http://amzn.to/bBThRK

In 2011, Duri planned and executed the Magnum Heir social media contest for Unilever. Which made it to second place on the mashable.com top 10 contests of 2011: http://on.mash.to/ypDUUM , the same campaign also made it as a best in class case study in Scott Stratten’s second book “The book of business awesome”: http://amzn.to/11NUjGw

Four years ago before moving with his family to Canada, Duri established and ran Mindshare Interaction, another leading WPP digital agency, this time in Dubai where he lived for 7 years.