Letting Go Of The Guilt Of My Divorce

Learning To Be Happy, Once Again 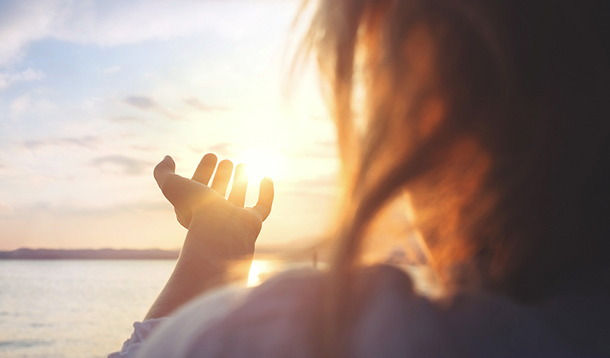 Like most single parents, I hear the old, "I don't know how you do it all!" from strangers, friends, and family members, about a hundred times a week. In addition to working full-time and raising my son alone, I'm a volunteer firefighter, medical first responder, and I put on a healthy-living program. While it makes for a hectic schedule, I wouldn't be able to live without all of this. When people ask me, "Where do you find the time?" I reply, "I don't. I make it."

A year ago, I was planning my wedding and putting the final touches on everything—all with a sick feeling sitting in the bottom of my stomach that it was wrong. When we found out I was pregnant, J completely shut me out. I moved out of our apartment and back to my parents' house, four hours away. I spent my entire pregnancy trying to make him want us. He came back a month before our son was born. I was relieved. How could I be a parent without him? I couldn't imagine having our son without J being in our lives.

I soon realized that I could be a mom—and a damn good one—without J in our lives. In two years, he has only contributed to finances a handful of times. I was disappointed and hurt, but I stayed. Slowly, I lost the attraction I had once had to him, but I stayed. When he proposed, I feigned excitement and told myself it was what I had wanted. The day of my wedding, I wanted nothing more than to run away and hide, but I went to the church and went through with it. Things between us got worse, not better.

When I finally exploded with all of the words I'd left unsaid for months, J calmly said, "I always knew this day was coming. I just didn't know when." He hasn't seen our son since. After two years of hiding the truth from everyone, I let my family in on it all—J didn't support our son, he didn't help with bills, he was partying and drinking with friends, instead of spending weekends with us. Only a week after our break-up, he bought a brand new truck—obviously, more important than child support.

I see-sawed between guilt for letting my marriage fall apart—I had made vows in front of God and friends and family—and anger towards the man who had also made these vows, and was not holding up his end of the deal. I beat myself up for not doing more—if I was a better girlfriend/fiancee/wife, he would have wanted to be a better father. I let myself be guilty for him being a shitty father and partner. Not anymore.

I started painting and making jewellery and working out and having fun again. Guess what? It helped. I landed a great job, made new friends, and lost twenty pounds. I'm a better Mom without J—I'm happy! Three years ago, I would not have been able to believe that I could be a happy single Mom. The fact is that people get divorced, couples break up, and, sometimes, some parents don't seem to care if they see their kids. My son is too young to know it now, but someday he's going to be really proud of his Mommy. Until then, I'm going to be proud of me for doing the one thing I thought I could never do: Be happy, be single, AND be a mom.