How To Maintain Control When A Child Is Defiant

You're Not The Boss Of Me! 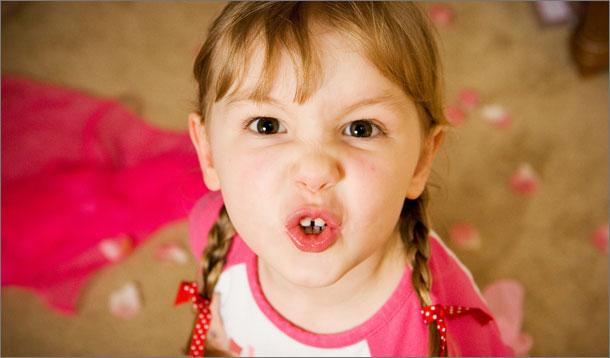 Children—at every age—have moments of defiance. There are a lot of things that you can do, as a parent, to maintain control.

A five-year-old stands, arms folded across her chest, in the centre of the living room. It's 8:30pm and she’s been told that it’s time to turn the television off and get ready for bed. “You’re not the boss of me,” she responds indignantly.

Fast forward eight years and she is now twelve. One morning, her skirt is a tad too short and her parent tells her so. She is asked to change into something more appropriate for school before she eats breakfast. “Oh, you’re so old fashioned. Everyone wears skirts this short. You can’t run my life, you know!”

Five years later, she grabs the car keys on her way out. “I’m going to visit Stella,” she calls. "I’ll be back later.” Her parent begins asking if she’ll be home for dinner, but hears the door slam shut before she has the opportunity to finish her sentence.

As parents, we struggle with when and how to take charge and when to allow our children freedom of choice. When your child says that you are not the boss of her or that you can’t run her life, what she’s really saying is that she doesn’t like being bossed around. And who does? But what she doesn’t realize is that she’s too young to be the boss over every aspect of her life, and in reality, she really wouldn’t want that anyway.

There is a big difference between being controlling and feeling in control. A controlling parent is usually most comfortable parenting from an authoritarian position as in: “I am the parent, you are the child and since I am bigger and stronger than you, you don’t have any say.” However, this position typically does not yield the best results. Feeling in control is a good place to be for most parents. It typically means that you have adopted a style that defines a strong framework within which your family functions as a team, but that there is room for discussion, negotiation, and compromise. When you lead with a specific parenting style in mind, and if your child feels that you are fair, yet strong, he is more likely to co-operate.

If you feel your temper flare when your child pushes your buttons by asserting his power, take a step back and breathe. Try not to focus on the words, but the message. Ask yourself, “What does this mean?” Are you being unreasonably controlling with no fair warning? Are you expecting blind compliance? Is your child tired or hungry? Had a bad day?

Keep in mind that a certain amount of asserting power is normal and healthy, and that your child may be better off as an adult by being boss over her own life than having other people run it for her.

Present the adult ground rules to your children and then work towards a compromise for those rules that are met with opposition. For example, even though you may want your children to join you for dinner each evening, be open to allowing them to miss a meal, as long as you have either given permission or received reasonable notice (depending on his or her age).

When your child says: “You’re not the boss of me!” or “You don’t own me!” don’t fight back. Rather, acknowledge what he or she is feeling (“You don’t like it when I ask you to do something that you’d rather not do.”), why he or she may be feeling that way (“It’s hard to be a child and not to be able to make your own decisions all the time.”), and then offer support (“If you feel that I am being unreasonable, you can tell me that and we can try to figure out a solution.”).

Be consistent. If you decide that your child needs permission before arbitrarily going to a friend’s house after school, but then just let it go when he doesn’t ask in advance, he will learn that you give in or give up, and that he can take advantage of this.

Learn more about being a democratic parent. Parenting in a democratic style usually encourages communication and respect. When children feel respected and heard, they are more likely to want to work with, rather than against, you.

It’s not always your fault when your child is oppositional or asserts himself in an extreme or inappropriate way. Some children are born with more of a strong-willed temperament than others, and need to be parented differently. Rather than walking around on egg shells or being afraid of triggering a negative reaction, get some help in the form of books that address specific concerns, by attending a parenting program, or by speaking to a therapist for parenting help, or help for your child or family.

Sara Dimerman, Psychologist, is registered with the College of Psychologists of Ontario and provides counselling to individuals, couples and families. She is one of North America's most trusted parenting and relationship experts and is the author of three books -  'Am I A Normal Parent?',  'Character Is the Key' and 'How Can I be your Lover when I'm Too Busy being your Mother: The answer to becoming partners again.' Learn more or listen to advice from Sara and her colleagues by searching for “helpmesara” podcasts on iTunes or by visiting www.helpmesara.com. Follow Sara on Twitter @helpmesara