An Unexpected Way to Get Your Husband to Contribute More

Score-Keeping Is Not What You Should Do 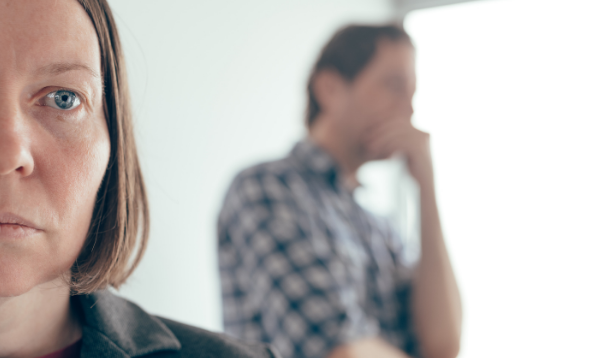 I spent the first decade or so of marriage doing everything. As a result, I also spent a lot of time resenting my husband. Not all the time. But a lot of time.

Here’s how a typical conversation would go for us.

Me: “I thought you said you were going to mow the lawn this weekend. Our back yard is starting to look like a vacant lot.”

Me: “Busy? Seriously? I’m at work all day, and I do almost everything for us. Your only household job is to mow the lawn.”

A predictable ritual would then unfold. He would withdraw, engage less, and resent me. I would feel livid, wondering how I somehow ended up in a marriage where I was doing everything and my husband was doing almost nothing.

The whole crazy experience could be summed up in a single word: unfair.

This dynamic wasn’t working for me. So, at first I adopted a strategy (subconscious at best) to bring things back into balance. It was score-keeping on steroids.

I used the many moments throughout the day where my husband failed to pull his own weight as an opportunity to point out all the ways I was doing more. Sometimes I’d do it casually, “Did you happen to notice that the dishwasher is empty? Think it just emptied itself?” (Ironic wink!) Sometimes I tried out a more forceful approach, “Are you seriously going to get up right now and start watching TV instead of helping me clean up after dinner?” In all cases, the strategy was the same: use sarcasm, criticism, or simple nagging to try to wake up my husband to the radical unfairness of our life.

There was just one problem with the strategy. It didn’t work. At all.

In fact, this strategy had the opposite of its intended effect. My intent was to finally make things fair in our marriage. The effect, however, was even more unfairness. If we started at a 70/30 marriage (with me doing 70 percent of the work to sustain the relationship and our life), we ended up moving toward 80/20 or worse. My strategy turned out to be the marital equivalent of extinguishing a dumpster-fire with buckets of gasoline. It just made everything worse.

That’s when something unexpected happened. “What would happen if I turned this strategy on its head?” I wondered. My previous approach clearly wasn’t working. And, at this point, I had nothing to lose.

So I started experimenting with a shift, a shift that my husband and I now call “radical generosity.” Instead of thinking of the half hour I spent picking up the house as, “my turn” or as “unfair domestic labor,” I started thinking of it as “a gift” to the relationship.

First, the change happened in me. This shift in mindset started to unwind some of my own resentment. I noticed that when I had contributed to our marriage from a mindset of trying to keep score and make everything fair, I was the one who suffered. I was the one left feeling irritated, angry, and constantly offended.

When I was able to shift to this mindset of radical generosity, however, my inner experience changed. I felt less stress. I felt less anxiety. And I felt less bitterness toward my husband.

The change in me created the most paradoxical and unexpected change. It changed my husband.

As my resentment melted, my husband became more engaged and more motivated to pitch in around the house. My radical generosity turned out to be contagious. It opened the space for my husband to drop some of his own frustration and become more generous. Paradoxically, radical generosity gave rise to the conditions in my marriage that I had been trying for decades to create: a marriage of equal partnership, where we both contributed to our life together.

I later learned from my husband that all of my previous, well-intentioned, efforts to get him to change and to make our marriage fair had pushed him away. “The more you criticized me and pointed out all the ways our marriage was unfair,” he told me, “the less I wanted to do anything. I finally decided that nothing would ever be enough for you. So I just stopped doing much of anything.”

We realize that, together, we had created a vicious cycle. In trying to achieve fairness, we had effectively obliterated it and, along with it, the feelings of love and connection that brought us together in the first place.

Radical generosity, on the other hand, produced the opposite result. It created an upward spiral. It changed the game of our marriage so that we could both contribute more and also love each other more. By striving to contribute 80 percent, without keeping score, I ended up with a husband who wanted to do the same.

Kaley Klemp is coauthor of the newly released book The 80/80 Marriage. She is also one of the nation's leading experts on small-group dynamics and leadership development, a TEDx speaker, and the author of three other books, including the Amazon Bestseller The 15 Commitments of Conscious Leadership, The Drama-Free Office, and 13 Guidelines for Effective Teams. A favorite with Young Presidents Organization (YPO) forums and chapters, Kaley has facilitated retreats for more than 400 member and spouse forums throughout the world. Kaley is a graduate of Stanford University, where she earned a B.A. in International Relations and an M.A. in Sociology, with a focus on Organizational Behavior.