I Reconnected With My Birth Mother After 30 Years. Here's What it Was Like. 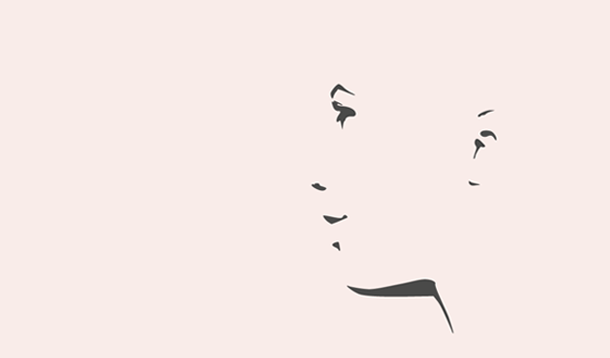 Until recently, I hadn’t had any contact with my birth mother for almost 30 years.

She left when I was a baby, again when I was three, and by the time I was seven my dad had partnered up with someone who suggested - based on a series of disappointments - I cut contact with her. For better or for worse, at that very young and tender age, I found myself sending back cards and presents, declining visits and phone calls, and eventually that was it, poof: my mother was gone.

Oddly, we didn’t have many conversations about that, or about her throughout my childhood. I was aware of the hurt I felt, both in her presence and in her absence, but I really wanted to make my “new mom” happy and felt like no contact with my birth mom was the right thing to do.

Time went by, and nothing changed; my real mom was nowhere to be found, my stepmom was never happy with anything I did, and I buried all of those feelings for the sake of to feeling them. In my twenties I became consciously aware of the gravity of this loss, and by the time I had my own kids, in my 30’s, I was mad. Like, really mad. At the whole situation, and at every adult who made terrible decisions - mostly on my behalf - along the way.

I invested tens of thousands in therapy and other healing modalities, and that, coupled with my own personal evolution as a woman and mother, brought me to a place in which I was able to heal, and ultimately forgive. And then the strangest thing happened: my birth mother reached out to me over Facebook.

I had attempted to contact her over the same means a couple years prior when I was looking for some closure to my anger, and she hadn’t written back. I figured that was the closure I’d needed. But what had actually happened was the simplest explanation: she didn’t understand Messenger, hadn’t gotten a notification, and then one day found the courage to look ME up on Facebook, only to find a message sitting there to her already. Technology.

It started with a couple messages back and forth, and then a couple emails. They were very cautious, but very vulnerable too, filled with open-ness and declaration of boundaries. Because I had healed on my own, I had found a way to let go of the icky feelings I’d previously had, and in fact found deep compassion for my mom, whom I know had dealt with her own rough childhood/unreliable adults, and had made some really serous mistakes.

That she was genuinely sorry for, and genuinely took ownership of.

After a few emails that communicated this back and forth, we decided we were ready for a phone call - and it was lovely. It was lovely to hear her voice, her laugh, her cadence and her surprisingly nurturing words and concern for my well-being. And now, a year or so into this reconciled relationship, we talk on social media weekly, have had another phone call since, and are gearing up to meet in person in a few months from now.

If you’d told me 10, 5, even 3 years ago that I would have cultivated a peaceful and caring relationship with my birth mom, there’s not a chance I would have believed you; but life is funny, and people grow. We make mistakes, if we’re lucky we learn from them, and if we’re strong enough, we take accountability and apologize for them too. These are the miracles of everyday life, and it’s important to remain open to receiving them when they come.

Will we have the kind of relationship I wished we’d had growing up? I’m not sure; my guess is not. But what we have feels like a growing friendship, one that is rooted in deep connection and history, and has evolved over the course of time to reflect two women doing the best with what they have at the time, and going from there.