Why I'm Finally Finished Complaining About Everything I Do 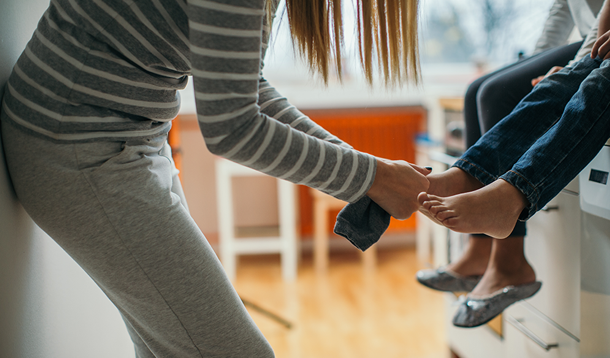 Like many Canadian women, I do the the majority of the cleaning, cooking, and childcare in my household.

It’s been a point of contention between my husband and I in recent years; a back and forth between how overwhelmed I am by all of the tasks that need to get done, and a subtle finger-pointing at how little he does to help.

A few months ago I discovered an illuminating article in Harper’s Bazaar titled Women Aren’t Nags - We’re Just Fed Up. I heaved a sigh of relief, and smugly shared the article with my partner. The article resonated deeply with me, and it propelled me into a search for more resources like it.

Over the next few months, I sought out similar reading material on women and emotional labour, until the studies and articles all began to blur together. I penned my own thoughts, and would often share with my husband the latest headline.

Instead of solving my problems of day-to-day overwhelm, I became even more exhausted and frustrated. Simply stating a fact wasn’t leading to any changes, and I felt burned out just thinking about everything that I had to remember, maintain, and keep track of.

I finally sat down with my husband and decided to create a plan. We weren’t getting anywhere with my constant reminding him of everything that I did, and my not-so-subtle implication of everything he did not do. I knew that my obsession with these studies wasn’t getting us anywhere. It was time to put some work into a solution, rather than stewing in the unfairness of gender roles within our household.

My husband was more than eager to find a solution. We had been trying our best to figure out a way to alleviate the pressure I felt, but we were coming up short. It’s difficult to destroy the patriarchy and shirk gender roles when your husband works full-time while you stay home with kids. I didn’t want to go to work just to prove a point, and I also understood that being an at-home parent meant that I would naturally be taking care of a lot of the unpaid labour inside of our home.

Together, my husband and I devised a plan that has worked, for the most part, for our traditional family.

We agreed that when it feels like I am completing an unfair amount of the three Cs (cooking, cleaning, and childcare), it’s time for me to ask for help. It’s simple, but I know that I’m not the only one who just grits her teeth and pushes through.

There are so many people I can ask to help. My partner is the obvious first choice. All it takes is a simple, “would you mind putting away the load of laundry before we go to bed?” I’ve learned that often, the the best way to get things done is just by asking kindly and not in an accusatory tone.

I can also ask others for help, like my support system, and when all else fails, I can pay for some help. Recently, I became so overwhelmed by laundry that I dropped it all off to be washed and folded at a laundromat. It was the best thirty dollars I spent that week.

I’m also learning to not complain about every little thing that I have to do. We all have to do things we hate doing sometimes. I don’t think my husband rolls into his office with a disgusted look on his face and a huge sigh about how tired he is. When I think about chores with this perspective it’s easier for me to pull up my socks and just unclog the toilet.

But, perhaps the biggest shift for me, has been simplifying my life and just saying no to things that add more to my plate. This summer, my kids aren’t doing any extracurriculars or camps, which eliminates the chore of drop-offs, remembering to pack food, and sitting for a few hours a week and watching my six-year-old roll around on a soccer field complaining about how hot she is.

The imbalance of gender roles and unpaid labour is real, I’m sure of it, but I’m tired of fighting and complaining about all the things I do. For me, the best way to combat the unfairness is to simply make small steps towards doing less. And a lot of that starts with me making choices to just stop doing everything.