Polyamory Wasn't for Me

I also learned to take a good hard look at how I defined myself, and my own relationship to love. 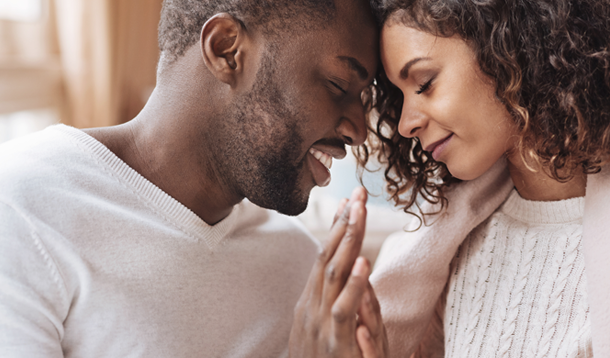 I met *Kevin online, and within a few back and forth text conversations, he was upfront with me about his polyamorous lifestyle.

“No problem,” I said. “I’m an evolved woman.” I thought, “poly is pretty much the same as casual dating anyway, so what’s the big deal? I can handle this.”

Turns out, I was wrong. Poly is nothing like casual dating, it is a big deal, and I really couldn’t handle this.

When Kevin told me about his choice to live poly - which means he openly does not commit to one woman, and is interested in being in more than one relationship with more than one woman at a time - it opened up the door to many, many mind-bending conversations: what does love really mean? Is the institution of marriage dead? Is monogamy a natural human tendency, or was it a system designed to protect people financially, and for overall security? If we aren’t expected to commit to one house, car, cell phone provider, or career for our entire adult lives, how on earth are we supposed to commit to one person for as long, if not longer?

The brainiac in me found these conversations alone very attractive: there we were, two reasonably attractive 30 somethings, lying around challenging generations-old and culturally embedded concepts of love and attachment, completely naked. During those moments of deep challenge, we found true connection and real intimacy, which inevitably lead to (reasonably good) physical connection and intimacy immediately thereafter.

The problem with finding connection and developing intimacy with someone though, is that it triggers the Joni Mitchell effect in our brains: you know, that moment when all you can hear is “Help me, I think I’m falling, in love, again…”

Typically, this is a great reaction to trigger! Isn’t that the goal? To fall in love and live happily ever after?

For me, it is. Unquestionably. But falling in love with someone who openly declares they do not want to be with only one person the rest of their lives starts to mess with your head, if you aren’t in the right state of mind.

I could wrap my head around Kevin sleeping with other women, and I had no trouble wrapping my head - or my legs - around another man when it felt right for me to do so. What I could not get my head wrapped around was that on any given evening, Kevin would be lying there, next to another reasonably attractive woman, sharing the same level of intimacy.

The thought of someone else sharing that intimacy made me crazy: sharing secrets, sharing truths, exploring fantasies of the body and the mind, and sending sexy or hilarious memes the next day through Instagram and Facebook Messenger. Wrapping up a steamy make out session and throwing that someone else onto her bed and tickling her, making her laugh so hard she nearly peed, then going out for dinner for bowls of pasta carbonara and talking about the most stimulating podcasts they’d been listening to, or interesting books and poetry they’d been reading.

When I realized that this “sharing” made me feel insecure, and hidden - like I was only a part of his life when it was perfectly timed, and when he wasn’t with another girl - I was honest and upfront about my feelings with him, and with me. I told him I wasn't sure if I could be in this kind of relationship anymore.

When he told me he was taking another partner to Montreal for the weekend, I knew beyond a shadow of a doubt that this was 100% not the lifestyle for me.

Make no mistake, I do not feel like I was taken advantage of here, cheated on, mislead, or wronged in any way. On the contrary, my six month stint with a man who was openly poly taught me more valuable relationship skills (asking for - and honouring - what you want in a relationship, setting healthy, loving boundaries, and establishing clear and open lines of communication) than any relationship that had come before; there were constant check-ins to see how each of us was feeling, the degree to which our needs were or were not being met, and a tender level of affection for where our hearts, minds, and bodies were at.

I also learned to take a good hard look at how I defined myself and my own relationship to love. It took a lot of real talk and genuine self-reflection, but over time I came to realize that - despite the many triumphs, accomplishments, and successes I’ve had in my life - I was placing almost all of my self-worth in the hands (and arms) of another. I used “being in a relationship with a guy that makes me think and laugh” as a metric of my own success: I was only truly worth something if I was worth something to someone else.

That was a hard reality to face, but a great one also, to call myself out on my own BS, heal the wounds that lead me there, and look within to learn true self love and acceptance.

Looking back on that relationship now, I know that each and every one of those lessons is an education that I bring with me to any and all of my subsequent relationships, and I’m not sure I would have figured them out as deeply or as effectively in another way.

I tried poly, and it wasn’t for me; but the love I found in the process was worth the risk.

The author has chosen to share their story anonymously. Names have been changed.

RELATED: Our Polyamorous Family Life Probably Looks a Lot Like Your Monogamous One