Smart, Self-Confident People Get Trapped in Abusive Relationships, Too 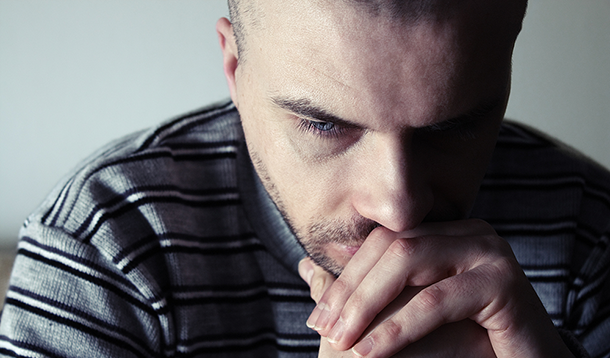 I used to wonder just how someone found themselves in a relationship which is filled with abuse.

From my rational mind I always thought, “Does the person not respect themselves? Why would they stay in that? Didn’t they see the warning signs?”

There was so much judgement on my part until I, too, became one of these “someones.”

I am an educated man. Successful in my career. Financially independent. Self-confident. I respect myself. I know to walk away from bad situations. I don’t live with my head in the sand.

And yet here I am wondering how my family fell apart.

I’ve discovered that the truth is these things don’t just happen in an explosion. That is usually how they end, but they don’t start that way. The funny thing about love: it can cause us to ignore thing we should not, forgive behaviour we should be seeking help for, and sometimes it causes people to find themselves in situations that seem to have appeared out of nowhere.

One day I was blissfully living my life, and then next, I found the world crashing down around me.

It’s taken me months to talk about this without just falling apart. In fact, it’s only been this last week where I haven’t cried at least once per day.

Here is the very worst part: no one is talking about spousal violence out loud. It’s whispered, and kept secret, and the victim can often feel like the villain. I know I did, and I still do to some extent.

There is no describing the type of fear I felt when my spouse’s hands were around my neck, pushing me up on a wall while he screamed in my face. It wasn’t long – maybe 8-10 seconds – but I have never felt that kind of personal fear in my life.

It didn’t just happen out of nowhere.

That’s where the shame and stigma come into play. I blamed me.

What if I had been more patient? What if I didn’t ask for certain things in my relationship? What if I restricted the amount of alcohol was in the house? My head was full of all these questions about how I might have been able to manage and control the problem.

Love does strange things to our rational mind. I chose to willfully ignore warning signs – the low self value, the substance misuse to self soothe, the irrational outbursts to seemingly small things. I forgave behaviour like the instances where I was locked out of our bedroom because of a perceived slight, the refusal to ever discuss important matters in our lives, the constant prioritizing his relationships with his friends over ours, the disappearing for hours on end.

But as time went on, the abuse escalated.

First it was yelling and screaming, getting too drunk, and causing such disruption in the home that I spent many a sleepless night. Then it was the vanishing, opting to go out all night without telling me where he was and what was going on. Then it was the verbal/emotional assault.

Then it was physical.

And I stayed. The first time I simply forgave – he was remorseful. The second time, I was terrified.

It was in that moment, I knew I had to make a choice: protect myself or wait for something really bad to happen.

It was the most difficult decision I have ever had to make in my life.

Seems simple enough. Get assaulted; call the police. And yet, for weeks, I questioned my actions and how this was going possibly ruin his life. I wanted to protect him. I wanted to stand between him and all the bad stuff coming his way. I wanted to save him.

And then there is the fallout – the part that never gets discussed. How the mutual friends take sides – how they cast the victim as the villain. I was so unprepared for the response from friends, family, and casual acquaintances.

They were comments like: “If you really wanted to help him, you would have called one of his friends – not the police,” and “Are you sure he really assaulted you? You don’t have any bruises, and you didn’t have to go to the hospital,” and “You’ve basically ruined his life because you want to be in control of everything” and “You happy that you’re winning?”

One of the things I remember thinking about these comments was “No one is winning here – everyone is losing.”

So yes, I understand why people stay. And what I want to say to anyone in this situation is: don’t stay. It will be the most difficult thing you will ever do.

You will doubt yourself; you will wish for your spouse to come home. You will miss them in a way that cannot even be described. You will feel like there is no future. You will be persona non-grata with many of your social circle. You will hate the legal system and be frustrated at how it works. You will feel guilty about breaking up your family. You will feel ashamed, foolish, and lost. But I promise that you will begin to thrive again. Slowly but surely.

Seek therapy immediately. There is really no way to navigate the emotions and disillusionment alone, and friends and family are simply not qualified to help you.

Every situation is unique – in mine, substance misuse contributed greatly to his actions – but the results will always be the same.