Cyberbullying and dependency on social identity for worth exacerbate the issue 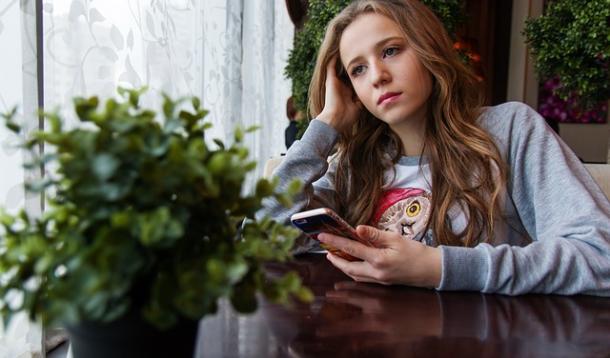 Every adult who has come through puberty knows how tough it can be to be a teenager - there's so very much going on with peer pressure, learning to assert oneself, hormones, and trying to figure out who one is, deep inside the cage of skin and rapidly growing bones. There's a lot of stress and tears. But most of us got through the worst of our awkward moments without having to worry so very much about social media playing such a large part in our lives.

A study done by the American Association of Pediatrics has concluded that the percentage of adolescents who have had a major depressive episode (MDE) has increased from 8.7 to 11.3% between the years 2005 and 2014 - a 37% increase in odds - with the majority of the increase happening since 2011. And approximately three/fourths of the cases in the adolescent studies? They were female.

Women are generally more likely to have a depressive episode

Women of all ages are being found to be more prone to having an MDE than men, but age is a significant factor - the higher rates of depression in females happen between mid-puberty through adult life, unlike in boys, which happen more frequently in youth through early adolescence. Risk factors for women are pretty extensive, too: they involve poor social support, hormone cycles, social roles and cultural norms, adverse childhood experiences, and less productive coping mechanisms may aid the downward spiral from a lowering of mood into depression.

Women are also more likely to be at risk because of higher incidences of anxiety disorders.

Media has been guilty of selling to women by using shame for decades, even before the ages of the internet. 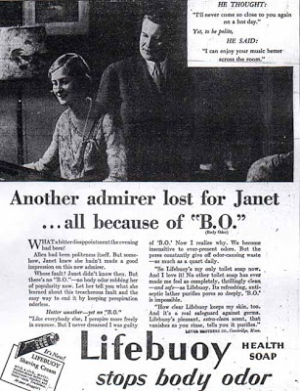 As far back as the 1800s, advertising has been working on giving various normal things, like bad breath and BO, an air of unacceptability in order to sell product. But we've entered into a sort of an artificially-created consumer feedback loop where there's more business opportunities to sell things to women than there are to men - beauty products, clothes, diet products - than there are to men. The woman's domestic role in our grandparent's generation may have facilitated the rise of females as being the household's primary purchaser. But nothing has changed in society to encourage men to usurp that role. So, today 70-80% of the consumer economy is made up of women. And products designed or advertised in such a way to make women buy them make up a staggering percentage of the number of products on the market. And therefore these shady sort of marketing tactics, messages designed to sell through negative feedback about their appearances and self-worth, are overwhelmingly aimed at women.

This said, men are not exempt from these shame selling tactics (just check out Old Spice's ads if you have any doubt), and companies like CoverGirl are clearly eyeballing the feasibility of expanding their market share by the simple expedient of making makeup acceptable to men - or perhaps, eventually unacceptable for men to go without.

But while that may be a problem for a future generation, the problem here and now is that marketing has deliberatly sold through shame to women, and has done so for decades. These media messages have already been associated with an increase in eating disorders and other body-image problems.

Social media? Not only is it being discovered as a great (creepy) way to abuse your personal data to target ads to sell more stuff to you, the relative distance and partial factor of anonymity have just created an environment ripe for ease of abuse from both marketing agencies and regular human beings alike.

Even lurkers got problems. "I mean, it's kind of like everyone's life is a movie on Facebook," says Genevieve Brown, 19. "You'll see that someone has gone to this new restaurant that maybe you were wanting to go to or they're out with their friend or their boyfriend or something like that and they're taking a picture of them all smiling with their delicious-looking food. Sometimes I feel really sad after logging on to Facebook and going through it."

The University of Pittsburgh School of Medicine found that there's a definite link between social media usage and depression in adults aged 19-32. People who spent the most time online were nearly 3 times as likely to suffer depression. However the study's lead author, Lui yi Lin, B.A., was careful to emphasize that the study does not disentangle cause and effect - “It may be that people who already are depressed are turning to social media to fill a void,” she said. She also explains, however, that exposure to social media also may cause depression, which could then in turn fuel more use of social media. For example: people who have envy and jealousy may be made particularly sad, feelings of "time wasted" can negatively impact moods, and heavy social media usage increases risk of exposure to cyberbullying.

But our kids are on social media, too. And their sense of identity and worth are not even as hardened as ours are as adults.

According to Pew Research Centre, 71% of American teens aged 13-17 are on Facebook, and 71% of teens use more than one social media platform. 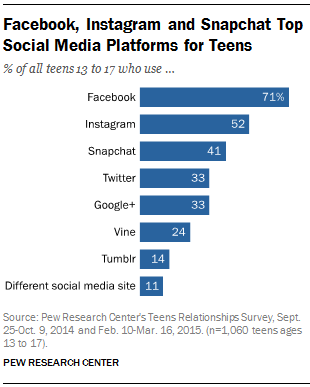 But when they're active users, it can be even more damaging, especially for girls who start counting likes as an indicator of their self worth.

"I do feel insecure if I see girls who look prettier than me, or if they post really pretty pictures, and I know I won’t look as good in any that I post. I do feel pressure to look good in the photos I put up. I don’t feel anxious about not getting enough likes on a photo but if it doesn’t get enough likes, I will take it down."

Between FOMO, shame marketing, and an active outlet for cyberbullying, it's small wonder that social media usage can contribute to anxiety, which is again linked to having MDEs.

Keeping off social media may be key for our teens' happiness

"I’ve always found social media to be an environment in which people constantly seek attention and validation through one-upping people’s comments, and boasting over likes and retweets."

"My life has changed for the better since deleting social media. I now enjoy catching up with my friends, and when they tell me new plans my response isn’t just, “Yeah, I saw on Facebook.” It makes you realise who your real friends are and how social media takes the joy out of sharing news with people. I also feel less anxious and less of a failure."

Real life social interaction is more satisfying and seems to require less perfection. Who knew? Certainly, we shouldn't bother trying to show only the best parts of ourselves at all time. Nobody is that perfect.

RELATED: Get Your Sh*t Together: Your House is a Mess; Invite Friends Anyway.