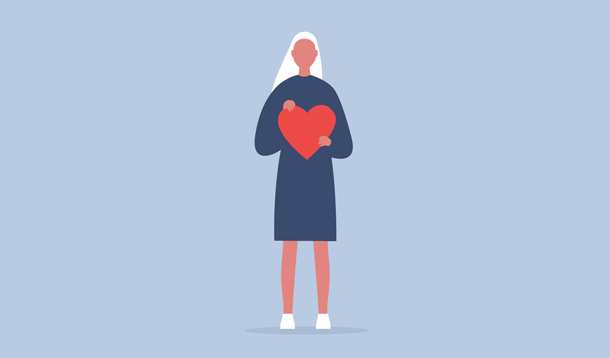 Let’s face it: death sucks. Huge. Okay now that that’s out of the way, here’s the thing: We’re not getting any younger and neither are our parents.

Most of us are at an age where we have either dealt with the death of a parent or will be doing so in the not too distant future. In those immediate days and weeks after we find out that we’ve lost one of our anchors in the world, we often look to our friends for support and comfort. Sometimes friends are wonderful and supportive, and sometimes we wonder if they were raised by wolves.

To avoid having your friends wonder about your upbringing, here are a few Dos and Don’ts gleaned from my own experience of losing my mum and friends’ experiences losing a parent.

You know the Woody Allen quote “eighty percent of success is showing up”? In this case, that’s a low estimate. If you find yourself saying “but I didn’t know Jane’s mother very well” or “I only met her at the wedding, the kid’s birthdays, and that dinner party” stop yourself – because you’re venturing into asshole territory.

Funerals and visitations are for the living and your friend will be incredibly grateful for a friendly face amongst the crowd. I can name every friend who made the effort to come out to mum’s visitation – and those who “weren’t comfortable in funeral homes” and stayed home instead. Newsflash – I wasn’t exactly having the time of my life there either, but having supportive friends who came made it bearable.

If you can’t be there physically, then call or write a short note in a card. Facebook messages are great and all but they can get lost in the shuffle. If you do show up for the funeral, please come on time, turn off your cell phone, and if you notice your friend cornered by a well-meaning but clueless relative, run some interference.

Don’t: Offer Platitudes or Ask Whether They’re ‘Over’ it (EVER).

This is something every single friend I polled said. You may think it’s helpful to say “they’re in a better place now” or “God needed another angel more than you needed your parent” but it is incredibly hard to resist the urge to punch someone who has just uttered those words to you when you’re deep into grieving a loved one. I had to resist the urge to yell back “How do you know how much I need my mum” whenever the phrase “God needed her more than you do” was directed at me.

By the way – the total count for that particular phrase was 8 during the visitation and the funeral alone so it bears repeating. Don’t try to minimize your friend’s grief with empty platitudes. If you can’t think of what to say, a simple “I’m sorry for your loss” is always appreciated. Likewise, if your friend says something a month, or a year down the road about missing their parent, don’t say “aren’t you over that yet?” or “it’s been x months, it’s time to move on”. Grief doesn’t end – it changes and becomes less acute over time, but you never stop missing your parent.

Do: Offer to Bring a Meal for the Family.

It doesn’t matter if your friend is a Master Chef wannabe, everyone appreciates the thought and effort that goes into bringing a meal that they don’t have to cook. Make sure that you send the meal in a container that can be put into the freezer, and one that you don’t need back. If you’re not a cook, pick up a couple of frozen pizzas, a cooked chicken from the supermarket deli, or use a meal preparation service to have a cooked meal delivered to her house.

Offer concrete options – open ended statements like “let me know if I can do anything” were stressful as they added another thing to the ever growing to-do list in my brain. Other things that were appreciated: the neighbour who showed up and said “let me take the dog for a walk” and the lovely anonymous angel who made cookies and left them on our doorstep about 2 weeks after the funeral.

Don’t: Avoid the Topic of the Deceased or Assume Every Memory is Sad.

Yes, most things would make me cry during the first few weeks. That doesn’t mean that I didn’t appreciate every anecdote or memory someone shared.

This is *not* the time for guilt trips though. Don’t say things like “I bet you wish you’d spent more time at home these last few years”. It doesn’t do anything other than make your friend feel exponentially worse than they are already feeling and quite possibly make them want to avoid you like the plague. At the same time, if your friend is having a tough time but says they don’t want to talk about it, respect their wishes.

Do: Keep Being Their Friend.

Your friend has suffered a loss, but they are still your friend. They may turn your girls’ night invitations down, but they appreciate that you keep inviting them and one day they will feel strong enough to accept. Accept that some days are going to be hard for her, and reassure her that you aren’t going anywhere.

In the end, it’s not hard to avoid being an asshole when a friend’s parent dies. Put yourself in their shoes and ask what you would want your friends to do and do it. Go to the visitation or funeral, be compassionate, bring food they don’t have to think about, let them share happy memories if they want, and be willing to be the one who puts in the ‘work’ to keep the friendship going for a little while.

RELATED: Super Hero Moms, Death, and the Permission to Cry

Category:
Relationships
Tags:
death
loss
grief
friendship
helping someone who has lost a loved one
nice things to do
funeral
losing a parent
Jenn Annis

Jenn Annis is a freelance writer, editor, special needs advocate, historian, serial volunteer, and tireless defender of the Oxford comma. She loves social media, especially Twitter and Facebook, where you will find her discussing everything from football to autism to the em dash and points in between.