Survey: You’re More Likely to Cheat if You Got Married in the Summer 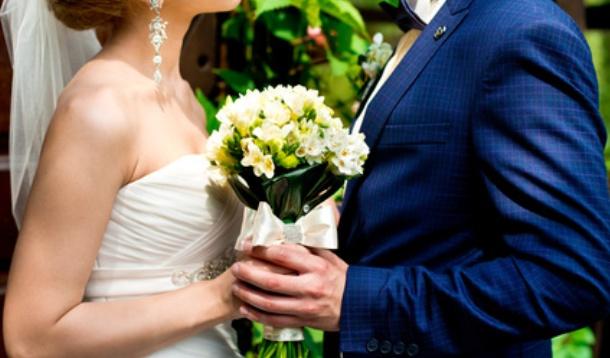 Summer: The season of love, romance, and of course, weddings. If you, dear single gal, are already jaded by the upcoming summer wedding calendar, just know that those so-called happy couples are more likely to have affairs down the road. Sweet?

According to a new survey from Ashley Madison (yes, that Ashley Madison) couples who tie the knot during the summer months are more likely to cheat in their marriages.

The website surveyed its 100,000+ members and found that people were more likely to seek out affairs if they said their "I dos" in June, July or August.

“The correlation between the months in which people were wed and the tendency to cheat is an interesting one, and by looking at the data, it’s clear that wedding months have something to do with the predisposition to have an affair,"he said. "June, July and August are the most expensive months for weddings, and couples starting out their marriages with financial worries may be more apt to cheat down the road.”

Considering that most people choose to marry in June, August, September, and October, the finding comes as quite a shock—unless you compare it to some of their other stats. For example, the site suggests that 1.5 per cent of women and 2.3 per cent of guys actually cheat on their wedding night. (Of those who did cheat on the night, more than half did so with a member of the wedding party. Makes sense.) How one gathers this scientific data is beyond us.

Moral of the story? If you want a lifetime of marital bliss, you may want to consider January nuptials—or completely ignore Ashley Madison's bogus survey altogether. We really, truly sincerely hope that the people on that site don't represent the general population.

Stef is an editor and social media manager at W Dish. A cynical city-dweller living in Toronto, she has been told she loves her cat a bit too much and this suits her just fine. Follow her on Twitter and Instagram.