The Biggest Mistake We Make During Sex

It's the single biggest mistake and most unattractive thing that we do in the bedroom. 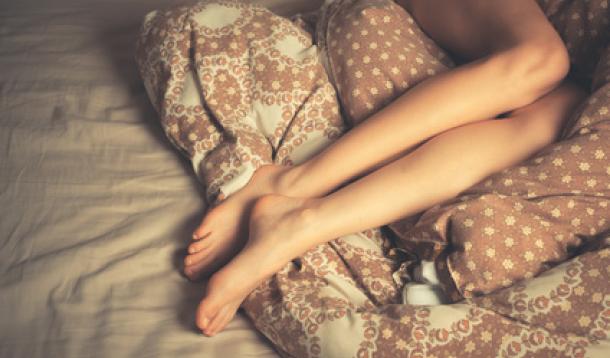 We do it all the time: It's irresistible, arguably even instinctive. Not only do we do it alone, but even worse, many of us do it in public. Today, however, I want to talk to you about the worst offense of all—doing it during sex.

Most of you don’t even realize that you’re doing it at all. It’s as natural as saying 'thank you' when a stranger opens the door.

Nonetheless, it's the single biggest mistake and most unattractive thing that we do in the bedroom.

That’s right: It’s more horrific than your worst Jenna Jameson impersonation and more deplorable than your best attempts at playing dead. It’s that moment when you take off your clothes and stand before your partner, the nanosecond where the air is still and silent, when your partner looks at you, all of you, and you feel yourself blush in places that have never seen the sun.

Breathless, you draw in all of the available air in the room and prepare to speak. It would be great if this story continued with details about that super freaky thing you whispered. However, in many cases, women take this opportunity to say something like:

“I know, I haven’t been to the gym in months so try not to stare too hard at my flab.”

Or maybe this one sounds familiar: Your partner beckons you to come on top but you resist and inform them curtly,

“Going cowgirl is for teens or two kinds of women: those with no breasts or those with breast implants. You should’ve asked me ten years ago.”

Don’t get me wrong. I understand why we do it — survival. We’ve been making excuses, disclaimers and passive aggressive jokes about our bodies since we first discovered magazines or saw our skinny best friend in a bikini. It’s our way of coping because we’ve been told that women are supposed to look perfect, and when we inevitably don’t meet this standard we begin to feel like our turkey arms or cellulite are the pink elephants (no pun intended) in the room.

Consequently, many women believe if they say it first then everyone feels more at ease, since the only thing worse than an imperfect woman is a perfectly delusional one, right?

Wrong. And if it is right in your current circumstance, stop having sex with that person immediately—I don’t even care if you’re married to that jerk. The person on the other end of your nakedness should be grateful, honoured, excited and thrilled to see your body.

The only person who has a problem with the way your breasts flop to the side while you are naked on your back is you… unless you point it out to the other person and draw a big red circle around your so-called flaws.

My usual crime? Attacking my mini buns and tiny tots: “Hope you find mosquito bites sexy because that’s what I’m working with under all of this water bra.”

Not only does this tactic rip the mood out of the room, it also places another tiny cut in our self—esteem which is the kryptonite for good sex, since it’s tough for your body to surrender to a good feeling when you don’t feel good about your body.

So the next time you feel the desire to announce your insecurities to the person who has rose-coloured glasses on for you, just don’t. Instead, take that energy and say something wonderful about their body; create a culture of celebration and liberation in the bedroom.

Not only will this set you on course for the best sex of your life, but I promise you will also notice the afterglow long after the sheets cool.

Shannon Boodram is a W Dish Creator. She is the esteemed author of “LAID: Young People’s Experiences with Sex in an Easy-Access Culture” and certified sexual educator and clinical sexologist.