Is the pressure of your finances their business? 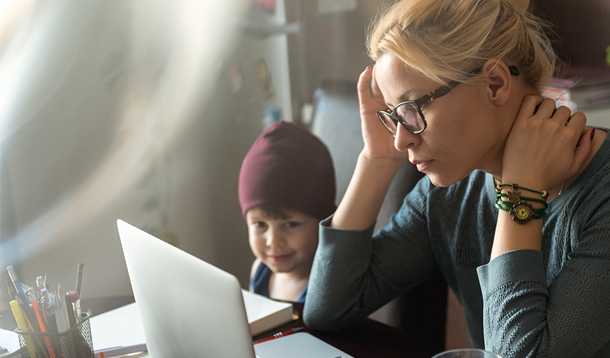 Growing up in a single parent household, I felt the pressure of money weighing heavy on me throughout my childhood and adolescence. We always had food in the fridge, clothes on our backs, and a roof over our heads, but my mom was careful with indulging in any extras.

As soon as I could, I started earning money, working after school as a babysitter at eleven-years-old, on a farm at thirteen, and at McDonald’s by fourteen. I made enough money to get my hair cut, buy my lunch at school, and shop the sales rack at American Eagle - but I was careful, too.

When I was fifteen, I quit field hockey, the first and only sport I played, to pursue steady after school work. I remember the pressure of that decision. I had met a girl who had earned a field hockey scholarship in the States, but I had little faith that I could ever reach that level. I was afraid to sacrifice the income I was earning, which meant I didn’t need to ask my mom for money to get my eyebrows waxed, or go to a movie.

I still wonder how different my life might have been if I had never quit field hockey to scoop burning hot fries into cardboard boxes, leaving my teenaged arms with burn marks, and my skin soaked in salt.

After my childhood of sacrifice, I envisioned my future life with the bright hope of financial independence. Little did I know that my husband’s income would be comparable to my own single mother’s fifteen years ago, and that we would be raising three young daughters hovering just above the provincial category for a low-income household. It turns out that after years of child labour, I would stop working for “the man” at twenty-one, and pursue the life of stay-at-home motherhood, and eventually start my own part-time small business.

One of the biggest sacrifices my family has had to made is the same as the sacrifices I made myself growing up. We have enough to have a roof over our heads, a car to drive, food in our fridge, and a little extra for clothes and the occasional dinner out. But we don’t go on far-away family vacations, buy designer clothes, or have any extras for fancy electronics or furniture. As someone who felt that sacrifice deeply as a child, I’ve had to examine my own choices as an adult. Do I want my children to feel the same burden that I did?

Recently, this played out when my eldest daughter asked to join Girl Guides. The fee wasn’t terrible, but it felt out of scope for us. I had already planned on registering her for swimming and skating, and let her know that there wouldn’t be enough money for her to register for everything. She didn’t bat an eye, and confidently said that she’d like to register for Girl Guides instead. The fee is more than we can handle this month, but I didn’t tell her that, and decided to register her and take on some extra work to pay for it.

Later that week, we talked about how we need to make choices about where we spend money, but that we are so lucky for all of the wonderful opportunities that we have. I wanted her to know that just because she couldn’t do everything didn’t mean that she was missing out. I felt pressure over providing the income for her Girl Guides, but I was careful not to share that with her. Sometimes the need to give our kids an opportunity trumps what might make financial sense, and I was willing to take ownership of that decision

It’s been a careful balance, figuring out how much to share with our kids about finances. I’ve encouraged them to start their own small businesses, and they’ve earned money to buy things that they really want. But, I am also careful not to pass on any fear about money. I don’t want them to ever feel the burden like I did, to provide for themselves.

As they grow I would rather approach finances as a team, letting them know that I will support them, and help them to achieve their goals, but that there’s also a boundary to how far I’ll go financially. I hope to also share stories of my own childhood as they get older, and let them know that they don’t need everything to feel happy or content.

When they are old enough to get jobs I want to encourage my kids to earn money. But I also hope they will carefully weigh the pros and cons of working, versus doing other things. I’d much rather see them spending the school year studying, hanging out with friends, and playing a sport, and working a weekend shift on occasion.

I want to empower them to make their own choices, and never feel like those choices need to be made purely because of finances.

Unlike my own mother, I have freedom of choice, and I believe that alleviates the financial pressure. She didn’t have a partner to talk to about finances, which is likely why I ended up being the sounding board. She also didn’t have the option to increase her income, like I do, by simply going back to work and adding an extra income.

I hope that I’m raising my kids with the fine balance of financial literacy, without feeling any personal pressure or ownership over our family finances. I think that as they grow they can slowly take ownership of their own expenses, but I also hope they never had to make the choice between field hockey and hair cuts.

The beauty of adulthood is that I’m now in control of my life, and have hindsight to look back on. Next year I’m thinking of joining a women’s field hockey league, because it’s never too late to have a do-over.