I Was Young, Naive, and Poor: How MLM Schemes Dupe the Vulnerable

I was young, naive, and poor. In short, I was perfect. 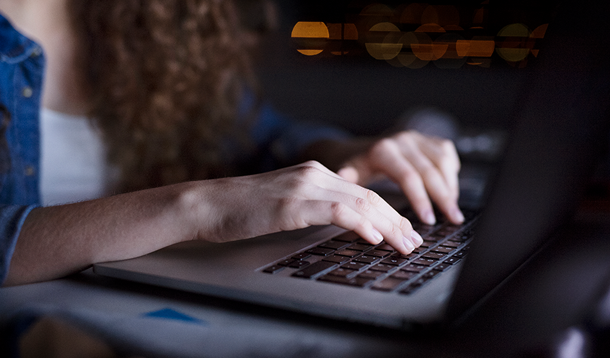 If you’re like me, hearing "thriving business" and "protein powder" probably makes your skin crawl.

Thanks to social media, every single day I am bombarded by Multi-Level-Marketing (MLM) minions attempting to sell their latest fad through my Instagram and Facebook feeds. I think most of us know what it feels like to receive a private message from a friend we barely knew in high school, asking how we’re doing, and if we could meet for a coffee to just "hang out."

It has gotten so bad that recently a friend of mine messaged me to actually hang out, and I had to ask her if she was trying to sell me something.

I might sound particularly jaded about multi-level marketing schemes, but I have had an inside look at one of the biggest MLM companies in the world, and I believe I’ve earned my opinion.

"You can make a lot of money working a few hours each week."

I was young, naive, and poor, and these words were exactly the draw that I needed to consider selling this new "it" product (that I had never heard of).

The proof was there: the woman meeting with me drove a luxury vehicle paid for by the company, her house could fit six of my houses inside of it, and everything about her reeked success.

If I could be even a quarter as successful as she was, I would be thrilled, I thought to myself.

I joined the business and the woman mentored me, taking me under her wing. I felt important and special, and soaked up every word that my new group of MLM friends said to me.

When I signed up to start "my business" I was in desperate need of cash. I was a new mom,  my husband was a poorly paid intern, and my maternity leave was ending. We lived in a tiny apartment, our infant sleeping in an oversized closet next to our room. I was a recent university graduate with no career prospects, and I knew that going back to work would mean paying for daycare I couldn’t afford.

I threw myself into my new venture, attending every single meeting, conference, and video recording that I could. My upline (yes, even the terminology sounds cultish), was determined to make me the next big star. I never realized how much my success impacted her success at the time, or the fact that every single sale that I made earned her more money than it earned me.

One of the first tasks that I was given was to make a list of one hundred people in my life that I could speak with about my new business, a common discipline that many MLM companies encourage. I spent my time calling these friends, family, and acquaintances and asking if they would host a party or event, or meet for coffee with me to "catch up."

After my first month of working I received a cheque for $200.00. My upline was thrilled, and I was promoted to some new arbitrary level, but it all started to feel a little meaningless. As much as there was a thrill to joining a new group and feeling a sense of belonging, I began to notice an ingenuity about the experience.

I was only one month in, and I knew I was draining my core group of supporters. As much as the products were lovely, because I cannot deny that some of these MLM companies produce some fabulous products, I couldn’t help feeling like this wasn’t the way to approach a business.

Years later, I am an actual business owner, and I realize that my entrepreneurship instincts were spot on. Looking back at my MLM experience, it felt less professional and business-like and more creepy and cult-like.

MLM companies works hard at dismantling the criticism against them. They are adamant that they aren’t a pyramid scheme, but the facts don’t lie.

According to a Consumer Awareness Institute study conducted by an independent research firm, the numbers are not pretty when it comes to MLM or network marketing companies.

According to the study, which looked at three hundred and fifty MLM companies and their complete compensation plans, ninety-nine percent of recruits within MLM businesses report a loss of income. Even for me, reading that figure is shocking.

An MLM company may argue that losses are expected for someone who operates a small business. Maybe that’s true, but thirty-nine percent of small business owners report a profit over the lifetime of the business, in contrast to the MLM’s one percent.

The proof is not only in the numbers, but in the materials distributed by the companies, and the language spoken around the businesses.

The number of ads I see claiming that women can stay home while earning a full-time income selling MLM products is infuriating. It is predatory and harmful, especially now that we know the numbers and can foresee that most of these new recruits will spend money and never earn a dime.

When you sell a product through a network marketing scheme you aren’t a business owner, you’re a customer, and your money is paying for your "upline's" expensive cars and fancy parties.