Let's Decide Now: Your Retirement or Your Child's University Savings?

Should parents take advantage of the matching grants to college funds, or put their own retirement first? 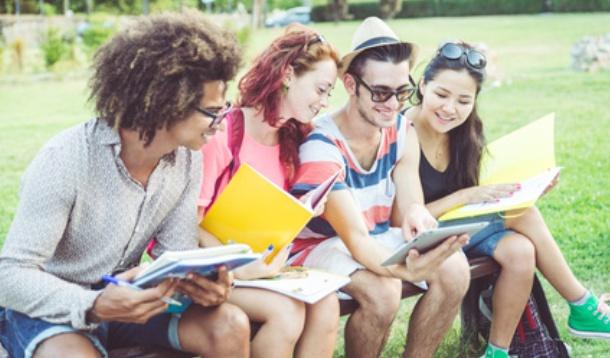 For countless parents, this isn't a rhetorical question.

To RESP, or RRSP? That is the incredibly difficult and frustrating and won't-someone-please-just-tell-me-what-to-do question.

Ask the financial experts, and smart money's on saving for retirement first. Yet once you have kids, it's amazing how quickly your priorities change. And the truth is, if you're struggling with this choice, you're already in better financial shape than most families.

I Apologize in Advance, But We Need To Do Some Math

Children born in the past few years will likely need more than $100,000 for a 4-year university — living expenses and books included. As for retirement savings, many people have heard that they will need retirement cash flows of 70 to 80% of their pre-retirement income, a number that Money Sense says is far too high.

“I get so upset when I hear advisers telling clients they need 70% to 80%,” Annie Kvick, a financial planner and associate at Money Coaches Canada, told Money Sense. “I’ve had clients come to me at 67 and they’re still working because their adviser told them they didn’t have enough. When I looked at how much they really needed, I found they could have retired five years ago.”

There's no denying it: that's a lot of money.

But this February, a new Ipsos Reid poll made the news thanks to this grim finding: almost half of Canadians would not be able to afford an unexpected $200 expense without falling behind on debt payments. Even worse, slightly fewer than a quarter of Canadian households aren't contributing to an RRSP. Even worse worse, the poll found that "many people who have been contributing to RRSPs are prematurely cashing them out because they need the money now."

As with so many things in life, we can look to the United States to see just how bad things can get. With four-year degrees becoming the norm, 20% of young people in the U.S. are already classified as living in “debt hardship.” That’s because in total, U.S. students are graduating with more than $1.2 trillion in college debt. The over-under on expensive college gets less attractive every year.

Really, if there's one bit of silver lining in this article, it's how grateful you should be not to live in the United States, where the average man is more likely to be arrested than graduate college. While the U.S. male has a 52% changes of being arrested, less than one-in-three will graduate from a four-year school.

It's no wonder the U.S. is becoming the global face of income equality.

Should You Invest in a College Fund or Retirement Plan?

If you're like me, then your retirement plan has been a problem for next year. Yet the sooner you and your spouse start planning, the better, no matter how uncomfortable the conversation might be.

In a recent post at Retire Happy, Jim Yih writes, "Some studies suggest that money issues can be a significant catalyst for marital problems, I think having open lines of communication about money in extremely healthy. I also think talking openly about money also sets a good example for our kids... I don't want to keep these financial discussions behind closed doors."

That's really good advice, especially when you have to sit your kids down and explain that they're paying for their own college tuition. You can even call it a learning experience.

Ultimately, most families choose to prioritize their retirement savings. No matter how much you want to help your kids attend the school of their dreams, you can't support them if you're dealing with one financial catastrophe after the next. Even if your mortgage is paid off by the time you retire, life is full of little surprises.

A storm causes water damage to your home? That'll be $16,070, thank you. Found termites crawling around? That'll be another $3,850. And if you're like me, then you plan on living forever so you can spoil your grandkids' grandkids, which means you'll need retirement savings for a long time to come.

Fortunately, Registered Education Savings Plans and Registered Retirement Savings Plans both make it incredibly easy to start saving for the future, whether it’s yours or your children's. These programs combine serious tax advantages with government assistance, and the sooner you take advantage of these programs the better.

Because the government makes matching grants to your RESP, it can be tempting to invest in the college fund first. Thanks to the Canada Education Savings Grant (CESG), the government will match your RESP contributions (to a point), but that doesn't mean you should prioritize your RESP over an RRSP plan.

Global News' "Smart Money" column actually tackled this exact question in 2015, and most of their experts also advised parents to put retirement first. No matter how wrong it feels, you have to make your financial future a priority.

Then just do what I do: make sure you're raising super geniuses who will be sure to get full-tuition scholarships to every school they apply to.

It's a foolproof plan, right?